Confessions of a part-time vegan: How changing my diet changed my life

I'll never give up meat completely, but cutting down on animal products has made a huge difference 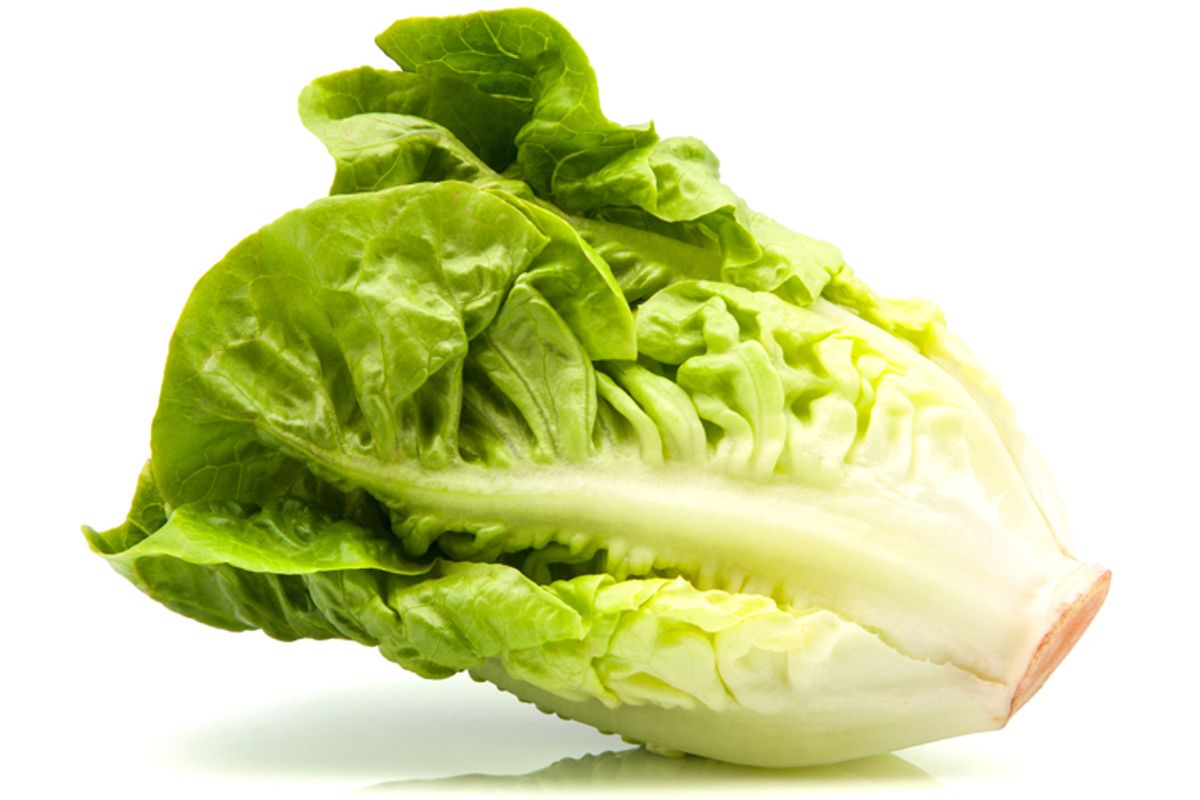 I think a roast chicken is proof of heaven. If I were on death row, my last meal would involve unlimited melted cheese. And you'll have to pry the butter out of my cold, dead, incredibly greasy hands. But I've learned recently that just as surely as you can be an atheist for a year, you can be a part-time vegan. I know because, God help me, I've become one.

I've spent my adult life as a reasonably active person and a reasonably healthy eater. I haven't consumed fast food since college; I stay away from processed food; I drink about one soda a year. I'm in many ways your typical yoga-doing, farmer's market-shopping lady cliché, and I'm fine with that. The payoff of being that particular cliché had always been that I've had plenty of energy, kept my weight in check and rarely come down with whatever gross bug was going around.

Then a few months ago, my usual habits seemed to stop working. It wasn't just that my pants were suddenly a little tighter – I know and accept that certain shifts are inevitable with time. I was more concerned with how I was feeling. I was having a harder and harder time sleeping at night, and subsequently found myself constantly exhausted during the day. My joints felt stiff. My scalp was dry and my skin was itchy. I couldn't tell if it was the cumulative result of two years of experimental cancer treatment or just being in my 40s, but in short, my mojo was waning on several fronts, and I didn't like the idea that this somehow now was to be my new normal.

Then I went to the library and took out Mark Bittman's "VB6: Eat Vegan Before 6:00 to Lose Weight and Restore Your Health ... for Good." I was already familiar with Bittman's simple strategy of confining animal products to dinnertime; in fact, I'd adopted a more relaxed version of it after I was first diagnosed with cancer and wanted to gently shift some of my habits. I called it my "no more than one animal a day" plan – a tuna salad at lunch would mean pasta with tomato sauce for dinner; the promise of short ribs tonight meant minestrone midday. My usual breakfasts of coffee with oatmeal or homemade yogurt didn't even require an update. And aside from a few minor challenges while traveling, it worked fine.

But reading Bittman's book inspired me in a new way. It wasn't some insane, get skinny junk science diet. It wasn't some hand-wringing, "Go buy a $500 juicer and some organic greens because everything else gives you cancer" vaguely eating disordered manifesto. It wasn't restrictive. It didn’t require special tools or ingredients or knowledge. Bittman even allowed, repeatedly, that some days might require more flexibility, and that's OK. It was about long-term health, and maybe even helping change how the animals we do choose to eat are treated. I dove voraciously into its sane advice and easy recipes, and decided to step up my game.

It took a few weeks, but I weaned off my morning coffee with milk and replaced it with herbal tea. I gave up my beloved yogurt, switching it up with an occasional whipped tofu and banana. I kept my lunch to mostly vegetables atop grains or beans. I even invested in Isa Chandra Moskowitz's "Isa Does It: Amazingly Easy, Wildly Delicious Vegan Recipes for Every Day of the Week," and resolved to get a vegan dinner on the table at least once a week. It was a move that was met with much initial protestation by my family, but resistance is futile against a really good falafel.

Sometimes, finding out that something works is almost as dismaying as finding out it doesn’t. Maybe all I really had to do was kick coffee, but dammit, I started sleeping more deeply than I have in years. Maybe all I had to do was lean away from milk, but the vaguely bloated feeling and the skin irritation reduced. Even the weird change in my sense of taste that had kicked in when I started my clinical trial and never abated seemed to subside. But what really sold me was when I ran into a friend on the street one day and she asked, in an almost puzzled tone, "Why do you look great?" I had loved my coffee and my eggs. I'm not going to lie – I missed them in my daily life. I had almost wished my experiment wouldn't be such a success, so I could keep enjoying them with the frequency I always had. But oh yeah, this kind of response was definitely worth moving grilled cheese to the "once in a while" zone.

Full-time veganism never appealed to me, and it still doesn’t. Aside from my above mentioned love of a good chicken, I've always been uneasy around the amount of processed food that seems to be involved in giving up animal products entirely. I'd still rather have butter I can make myself in about 10 minutes than some substitute flown in from another part of the country, with a long list of ingredients. I don't like the idea of sweeteners and salt and stabilizers in a lot of meat and dairy alternatives, and I really don't like the taste. I definitely didn't like the vegan brownie I accidentally ate a few months ago, that tasted somehow like wet garbage smells. I do like not being the person at a dinner party or on the road with a special request. I like knowing that I have options, that bacon is still out there waiting for me if I should desire it and that if my afternoon involves a hot chocolate, so be it.

But even in my non-vegan meals, I find myself easing in the direction of fewer animal products. I go a little lighter on the ricotta and mozzarella on my pizzas. I swap out a tablespoon or two of butter with olive oil or coconut oil in my cakes, and inspired by the beautiful confections of Miette bakery, leave them less frosted. Vegetable and mushroom broth have taken the place of chicken and beef stock in my soups and stews. Nothing dramatic, nothing that screams of absolutism. And I think less in buzzy terms like "part-time vegan" and more in terms of simply, this is a good way to eat. Lots of plants and grains and beans, with considerably smaller amounts of animals and their products. To have a black bean chili with warm bread and olive oil, followed by a scoop of gelato, isn't to me to suffer through some abstemious, vegan repast. It's to enjoy a really lovely meal.

No amount of kale is going to make me have a 25-year-old butt again. Carrots will only do so much for my increasingly crap eyesight. But it's exciting to see that relatively small, painless changes in habit can have such a huge impact in a person's life. So if you've been feeling more slumpy than usual lately, consider a similar little shift. You don't have to go all PETA if you don't want to. I sure don't want to. This isn't a club. This isn't a competition. Best of all, it's not a diet. You don't ever have to say the v-word – I swear, it's a way of living so subtle your friends likely won't even notice you've replaced the club sandwich with hummus. A few minor switches can make a major difference. And I can attest that the best way to feel good is to eat well.