Kevin Trudeau's empire of "they" collapses 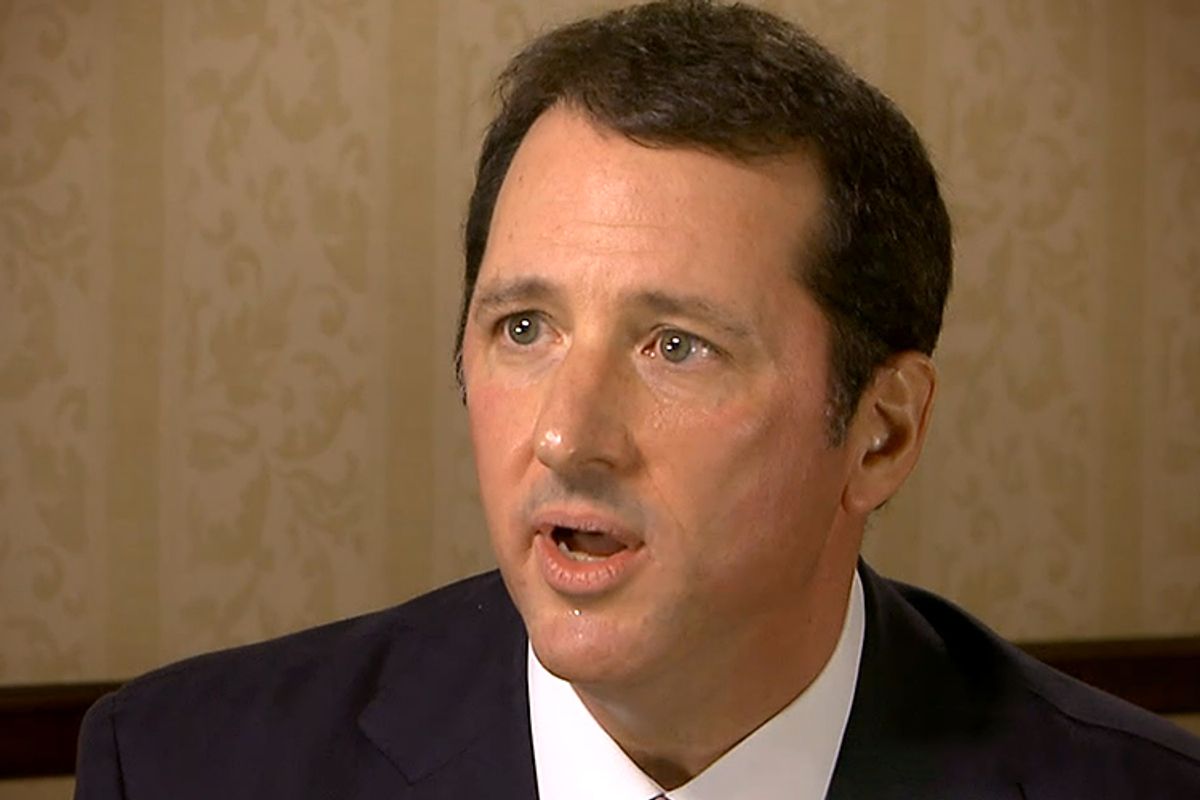 Come here; I want to tell you a secret. Promise you won't let it get out? I'm not even going to charge you for it. Come closer. Ready? There is no "they."

On Monday, Kevin Trudeau, the 51-year-old entrepreneur and New York Times bestselling author was sentenced to 10 years in prison in a case that stems back over 10 years. In November, he was convicted of criminal contempt for lying about his megahit book "The Weight Loss Cure 'They' Don't Want You to Know About." Prosecutors called him "a habitual liar and a fraudster" and "unrepentant, untiring, and uncontrollable huckster who has defrauded the unsuspecting for 30 years."

How did a man U.S. District Judge Ronald Guzman this week called "deceitful to the core" get away with it, on such a spectacular level? How did he sell millions of books like "Natural Cures 'They' Don't Want You To Know About" and "Debt Cures 'They' Don't Want You to Know About" and spend months on the bestseller list? Easy. The same way hucksters know to frame their come-ons in terms of how much dermatologists and trainers "hate" those random spammers for revealing their "secrets." If our frustration with our weight or wrinkles or lack of wealth can be conquered by merely cracking a code, if our perceived failures have all been the result of a vast plot to keep us in the dark, well, that's certainly a lot more intriguing than something along the lines of "Eat more produce, wear sunscreen and don't overspend."

In his books, Trudeau insisted "the food industry wants to keep you fat" -- and it's hard to argue that agribusiness has got any great investment in helping you not be overweight and unhealthy. Where it gets a little crazier is the way he promised "an absolute cure for obesity" and started peddling a plan that, as the American justice system has now noted, promised "no exercise or dieting, no portion control or calorie counting required" but called for "prescription injections of a hormone found only in pregnant women, a month of colon hydrotherapy and a 500-calorie-per-day diet regimen."

The idea that there's a "they" out there who are holding us back certainly does a nice job of eliminating any personal accountability for our own choices, and it offers the tantalizing promise that we might be able to entrée into some elite club, to crash a party and get all its perks for free. But if it's pretty sad to see people who are trying to lose a few pounds but still eat ice cream taken in, it's truly unnerving knowing there are others who are falling for the myths that guys like Trudeau have perpetuated around "cures" for diseases. Trudeau, for instance, claimed "The sun does not cause cancer. Sun block has been shown to cause cancer."

I regularly get well-meaning emails from people who want me to know about some magical "cure" for cancer that "they" don't want you to know, and I've endured loudmouthed friends spouting how doctors and the pharmaceutical industry "don't want to" find treatments for cancer and AIDS. If that's the case, as one who's been treated at one of the biggest cancer research facilities in the world, I must say bravo for the very elaborate ruse they've been perpetuating all this time. To think, my doctors have spent decades just pretending to try to find ways for people to not die of horrible diseases. I wonder what they're really doing with those vast banks of tissue samples, and all those gobbledygook research papers.

The food industry is an industry and it will not always put your well-being first. The medical industry is an industry and there is money to be made in ethically dubious stunts like trying to patent our genes. But despite the unending allure of hidden miracles, a vast "they" composed of shadowy figures guarding their secrets to being thin and beautiful does not exist. Kevin Trudeau was able to build an entire one-man empire making people believe that there is a testament to the power of a good conspiracy theory -- and our gullible hope that the answers to all our problems can be unlocked in a whisper or a code. Life's not a Nicolas Cage movie. The one trying to fool you all along was the one who promised he had the answers. And the only "they" was Kevin Trudeau.