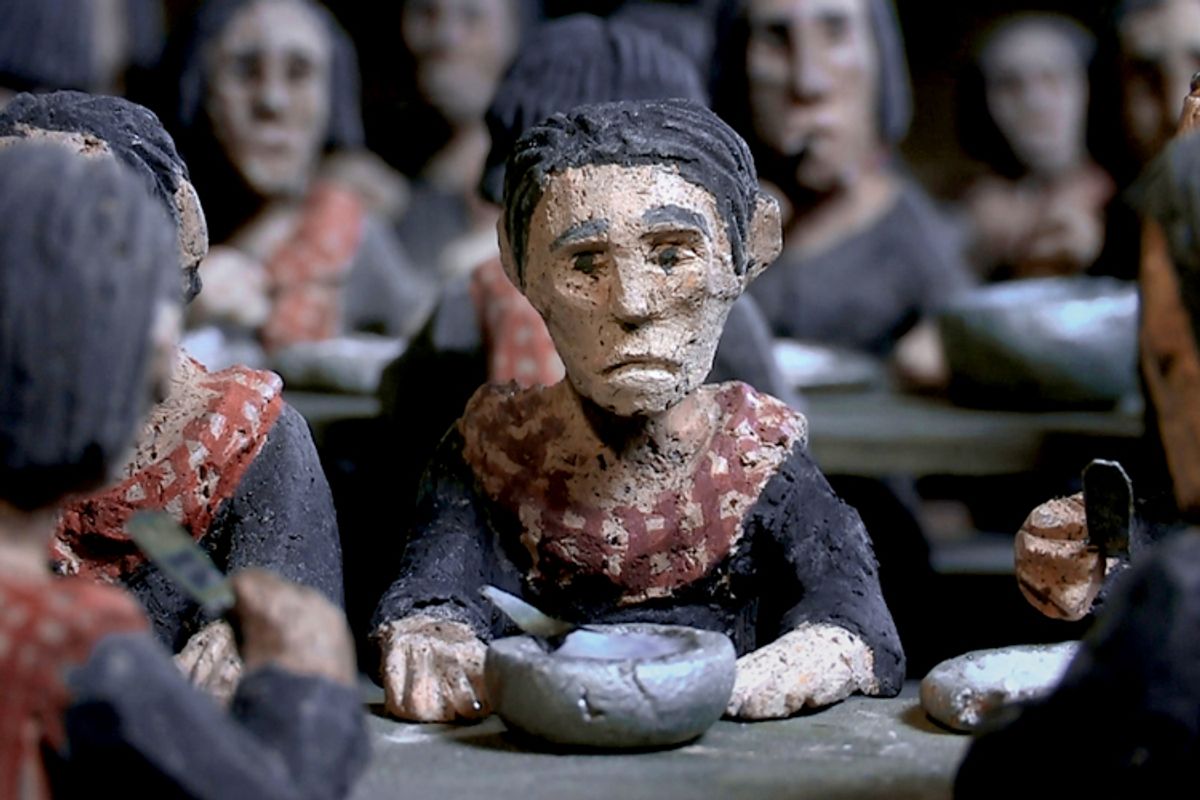 Cambodian filmmaker Rithy Panh has become his nation’s cinematic poet of genocide, the Southeast Asian cognate to “Shoah” director Claude Lanzmann. With his strange and moving “The Missing Picture,” winner of the Certain Regard prize at Cannes last year, Panh blends documentary, personal memoir and eccentric artistic experiment to create a portrait of his nightmarish teen years, spent under the Khmer Rouge dictatorship that ruled Cambodia from 1975 to 1979. While younger people may know little or nothing about the Khmer Rouge and its shadowy leader, Pol Pot (described in propaganda newsreels as “Brother No. 1”), that history remains profoundly traumatic for Cambodians, and hangs over the second half of the 20th century like a brooding specter.

I’d personally be interested in a more encyclopedic treatment of the Khmer Rouge years, and the West’s often bewildered reaction to it – some leftists, including the late Alexander Cockburn, defended the revolutionary state of “Democratic Kampuchea” far longer than they should – but that’s not Panh’s film. His family was forcibly evacuated from Phnom Penh, Cambodia’s capital city, along with some 2 million other people, shortly after the Khmer Rouge seized power. This was probably the most far-reaching experiment in social engineering of the last century, and also quite likely the darkest moment in the history of revolutionary Marxism. Until it was engulfed by civil war, and the spillover from the Cold War conflict next door in Vietnam, Cambodia in the mid-‘70s had been a calm, prosperous and relatively Westernized society. Under the Khmer Rouge, the entire country was to be remade as a peasant monoculture, with no Western medicine, no movies or musical performances, no automobiles and no colored clothing. Personal names were replaced by numbers; the only permissible personal property was an individual spoon.

Panh’s title refers not to a specific missing image, but to the fact that virtually no honest documentary images of those years exist. He draws extensively on Khmer Rouge propaganda films, which purport to show happy and well-fed peasants working on large-scale agricultural engineering projects, or celebratory meetings of the party bureaucracy in an eerily empty capital. Of course we watch these with the benefit of historical hindsight, but as Panh’s voice-over observes (read, in the English-language version, by actor Jean-Baptiste Phou), many of those happy peasants look dangerously thin and wear forced smiles, and no one in the Khmer Rouge leadership ever looks one another in the face, or dares to stop applauding in the presence of Brother No. 1. (The revolution’s promise, Panh acridly observes, existed only on film.)

But the most distinctive aspect of “The Missing Picture” is Panh’s use of complicated dioramas involving hand-carved, hand-painted clay figurines, to stand in for the nonexistent pictures of ordinary life under the Khmer Rouge. Created by sculptor Sarith Mang, these detailed figures can’t precisely be called lifelike, but each is strikingly individual and the elaborate tableaux constructed around them – representing family huts, compulsory reeducation meetings, rice fields with water buffalo, even scenes of execution and mass burial – exert a peculiar power. These colorful and innocent-seeming images are meant to stand in contrast to the apparent realism of the Khmer Rouge newsreel footage: In this context, photography tells a lie and these obviously artificial constructions tell the truth.

At times I couldn’t help wondering whether this device struck a note of preciousness, or detached us from the grim reality of Panh’s memories, as when Panh’s own father chooses to die rather than struggle along on Khmer Rouge starvation rations. Quite likely that’s the point of this lovely, rueful memoir – to render some of the most dreadful events of modern history (and of one human being’s life) as a delicate work of the imagination. “This missing picture,” his narrator says near the end of the film, “I now hand over to you.” Panh intends “The Missing Picture” as a gift to his own family, to the Cambodian nation and to history, as a testament that the Khmer Rouge’s efforts to destroy Cambodian culture failed, despite all the death and suffering they caused.

”The Missing Picture” is now playing at Film Forum in New York, and also opens this week in Los Angeles. Wider release will follow beginning April 4.