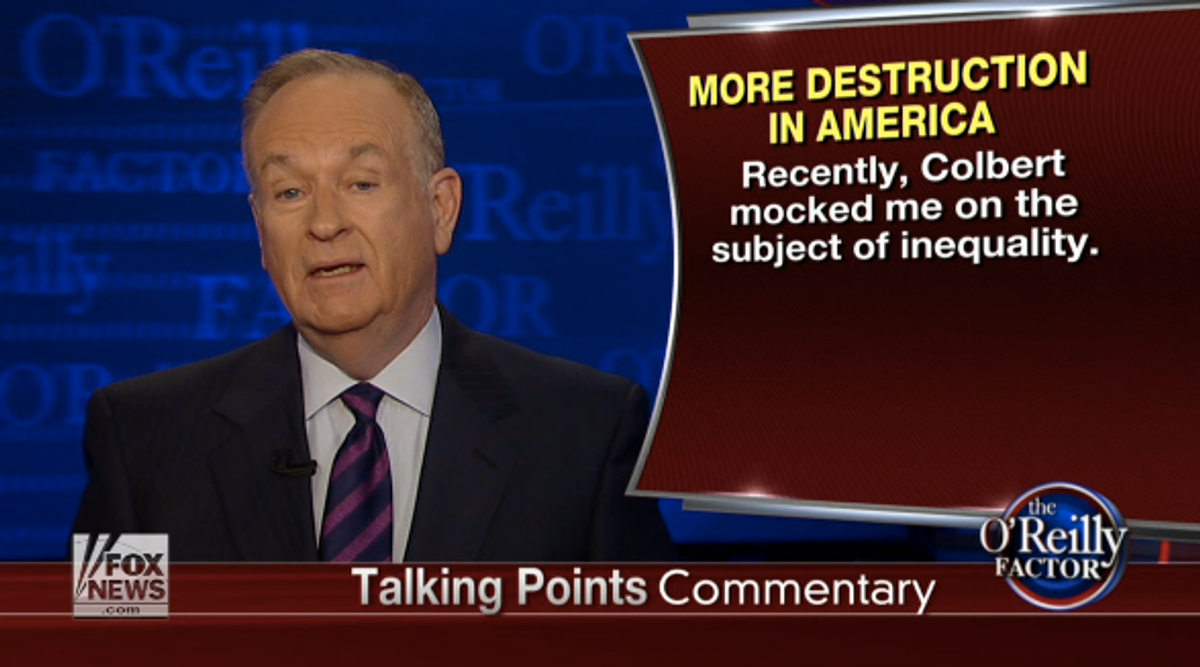 The ongoing feud between "papa bear" Bill O'Reilly and "Colbert Report" host Stephen Colbert continues: After Colbert mocked O'Reilly for saying that the desire for equality is ruining America, the Fox News anchor has responded by saying that Colbert is also destroying America.

According to O'Reilly, progressives peddle the "myth" that "women, minorities, the poor and so on" face inequality in this country. "The left-wing media legitimizes that nonsense, and one of the biggest mouthpieces for the progressive movement is Stephen Colbert," he said.

"Like many ideological fanatics, Colbert is misguided in the extreme...but believe me, he's a true progressive believer playing exclusively to other believers. Colbert can be dismissed as clueless but the guy does do damage. Because he gives cover to powerful people who are selling Americans a big lie that this country is bad. That it intentionally oppresses many of its own citizens."

O'Reilly and Colbert (as well as Jon Stewart) have been taking swipes at each other for years, but the recent feud between the two began when the Fox News anchor put his minimalist interview notes up for auction. Colbert parodied O'Reilly by putting the microwave he stole from Fox News up for auction, and subsequently dismissed O'Reilly as "an idiot."