That's right: Officers threw a flashbang grenade in my son's crib -- and left a hole in his chest. It gets worse 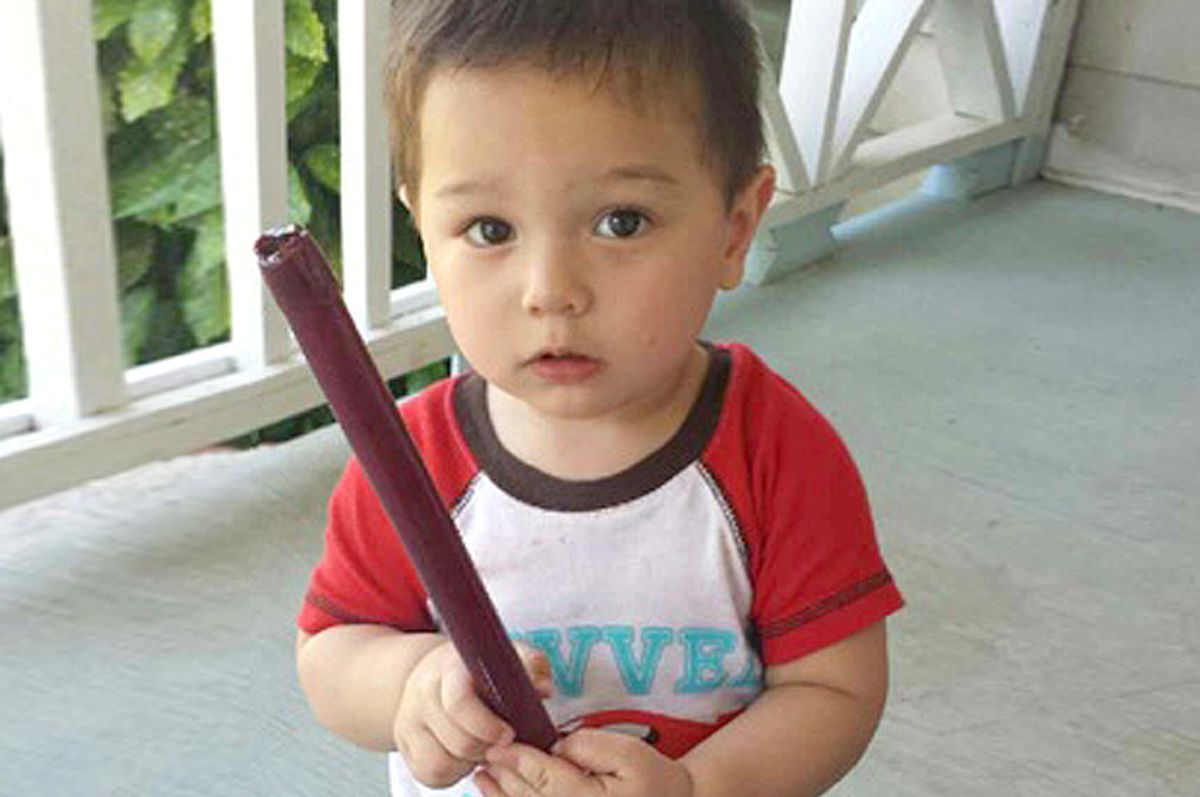 After our house burned down in Wisconsin a few months ago, my husband and I packed our four young kids and all our belongings into a gold minivan and drove to my sister-in-law's place, just outside of Atlanta. On the back windshield, we pasted six stick figures: a dad, a mom, three young girls, and one baby boy.

That minivan was sitting in the front driveway of my sister-in-law's place the night a SWAT team broke in, looking for a small amount of drugs they thought my husband's nephew had. Some of my kids' toys were in the front yard, but the officers claimed they had no way of knowing children might be present. Our whole family was sleeping in the same room, one bed for us, one for the girls, and a crib.

After the SWAT team broke down the door, they threw a flashbang grenade inside. It landed in my son's crib.

Flashbang grenades were created for soldiers to use during battle. When they explode, the noise is so loud and the flash is so bright that anyone close by is temporarily blinded and deafened. It's been three weeks since the flashbang exploded next to my sleeping baby, and he's still covered in burns.

There's still a hole in his chest that exposes his ribs. At least that's what I've been told; I'm afraid to look.

My husband's nephew, the one they were looking for, wasn't there. He doesn't even live in that house. After breaking down the door, throwing my husband to the ground, and screaming at my children, the officers – armed with M16s – filed through the house like they were playing war. They searched for drugs and never found any.

I heard my baby wailing and asked one of the officers to let me hold him. He screamed at me to sit down and shut up and blocked my view, so I couldn't see my son. I could see a singed crib. And I could see a pool of blood. The officers yelled at me to calm down and told me my son was fine, that he'd just lost a tooth. It was only hours later when they finally let us drive to the hospital that we found out Bou Bou was in the intensive burn unit and that he'd been placed into a medically induced coma.

For the last three weeks, my husband and I have been sleeping at the hospital. We tell our son that we love him and we'll never leave him behind. His car seat is still in the minivan, right where it's always been, and we whisper to him that soon we'll be taking him home with us.

Every morning, I have to face the reality that my son is fighting for his life. It's not clear whether he'll live or die. All of this to find a small amount of drugs?

The only silver lining I can possibly see is that my baby Bou Bou's story might make us angry enough that we stop accepting brutal SWAT raids as a normal way to fight the "war on drugs." I know that this has happened to other families, here in Georgia and across the country. I know that SWAT teams are breaking into homes in the middle of the night, more often than not just to serve search warrants in drug cases. I know that too many local cops have stockpiled weapons that were made for soldiers to take to war. And as is usually the case with aggressive policing, I know that people of color and poor people are more likely to be targeted.  I know these things because of the American Civil Liberties Union's new report, and because I'm working with them to push for restraints on the use of SWAT.

A few nights ago, my 8-year-old woke up in the middle of the night screaming, "No, don't kill him! You're hurting my brother! Don't kill him." How can I ever make that go away? I used to tell my kids that if they were ever in trouble, they should go to the police for help. Now my kids don't want to go to sleep at night because they're afraid the cops will kill them or their family. It's time to remind the cops that they should be serving and protecting our neighborhoods, not waging war on the people in them.

I pray every minute that I'll get to hear my son's laugh again, that I'll get to watch him eat French fries or hear him sing his favorite song from "Frozen." I'd give anything to watch him chase after his sisters again. I want justice for my baby, and that means making sure no other family ever has to feel this horrible pain.

Update: As of the afternoon of 6/24/2014, Baby Bou Bou has been taken out of the medically induced coma and transferred to a new hospital to begin rehabilitation. The hole in his chest has yet to heal, and doctors are still not able to fully assess lasting brain damage.