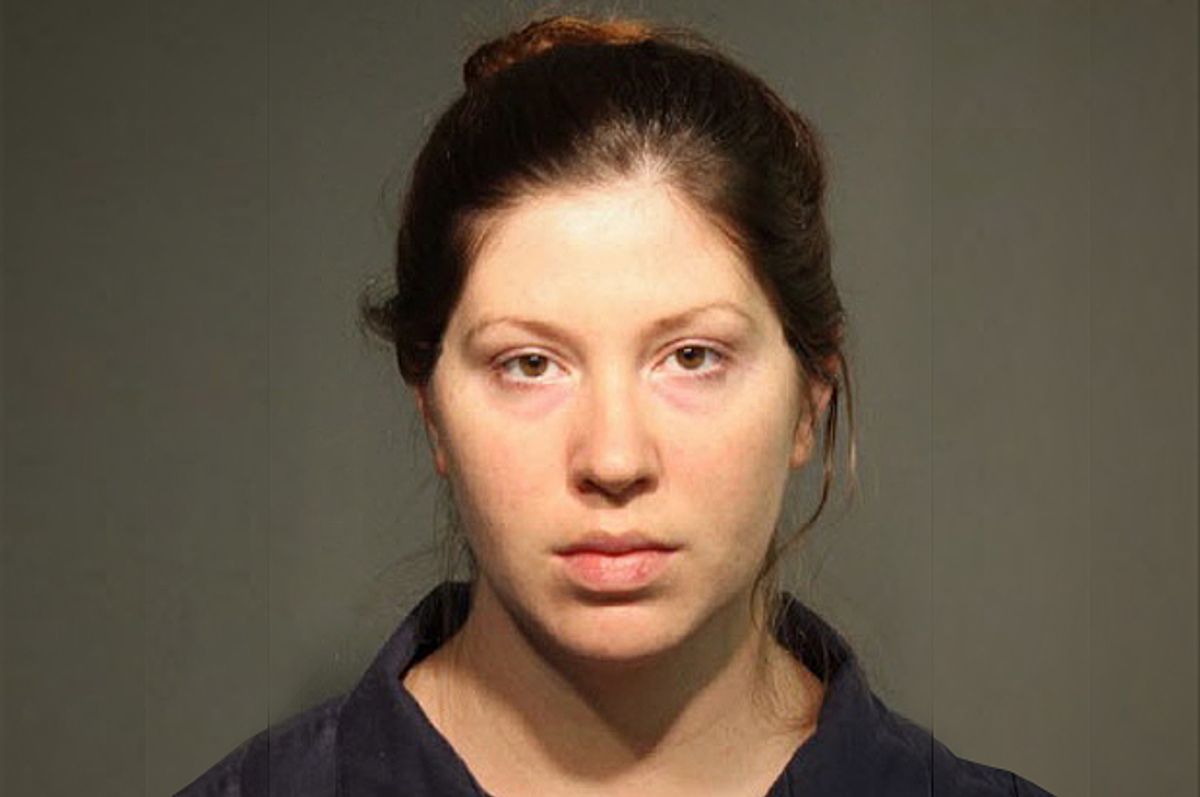 In a case likely to kick up -- yet again – the debate over parental responsibility regarding how children are fed, a Florida mother was arrested Tuesday for child neglect and her newborn was admitted to the hospital in a crisis that started over vegan beliefs.

Local news station WESH reports that Sarah Anne Markham's pediatrician alerted authorities after the woman's 12-day-old baby appeared dehydrated during a doctor visit. The doctor said that Markham refused the medical advice to admit the child to the hospital or take the medicine offered, on the grounds that "it contained ingredients that came from animals." After police were summoned to her home, Markham reportedly told them that she'd purchased organic soy formula for the baby, and that "she wanted to pursue a religion-based treatment and she had contacted a 'natural' or vegan doctor, but police said she did not share any proof of this to them." Police added that "They asked Markham if the product was confirmed with a doctor that it was safe to give the newborn, and she replied saying that since it was organic, it must be OK." The baby remains in protective custody.

The case has chilling echoes of the one of the Atlanta couple who three years ago were sentenced to life for murder in the starvation death of their 6-week-old son. The couple's defense argued that "the parents did the best they could while adhering to the lifestyle of vegans," but prosecutors countered that they'd limited his diet to soy milk and apple juice. At the time of his death, the baby weighed just three and a half pounds. Also in 2011, a French couple were charged with "neglect and food deprivation followed by death" after the demise of their 11-month-old baby, who died underweight and with a vitamin deficiency. The vegan couple admitted the child's entire diet consisted of breast milk.

That police had to forcibly enter the 23-year-old Markham's home because she "told police she didn't think she had to answer or acknowledge police presence," and that a new mother would even contemplate caring for her child based on "a religion-based treatment" strongly suggests a parent with issues that are far beyond the parameters of simply wishing to pursue a vegan lifestyle. And at the other end of the spectrum, diet-based neglect doesn't have to mean deprivation of animal products. Earlier this year, an 8-month-old Colombian baby was "rescued" for medical intervention by a local charity after tipping the scales at 44 pounds. In the U.S., childhood obesity can be cited as "a form of medical neglect" and grounds for placing a child in foster care.

But strict dietary parenting doesn't have to be extreme to still raise eyebrows. Jennifer Lopez did so earlier this month when she crowed about her vegan-leaning lifestyle and admitted, "Sometimes my son will be like, 'I want American cheese, I don't like this vegan cheese.'" And when Gwyneth Paltrow wrote last year that "Sometimes when my family is not eating pasta, bread or processed grains like white rice, we’re left with that specific hunger that comes with avoiding carbs," tabloids were quick to report that "Gwyneth Paltrow reveals she starves her children."

Plenty of parents can and do responsibly raise vegan children, but it takes considerable thought, self-education and care to assure they are getting adequate nutrition. Writing in the New York Times two years ago, author Nina Planck argued that "For babies and children, whose nutritional needs are extraordinary, the risks [of veganism] are definite and scary.... You may choose to be a vegan. Your baby doesn’t have that luxury." How we choose to feed ourselves is a personal choice. What we do to our children has serious health and ethical consequences. And whatever a parent's personal beliefs, they must be continually adjusted and evaluated based on a child's needs. Because no matter what, your kid always has to be at the top of the food chain.