Crumbs may have bitten the dust, but don't write off the little dessert that could 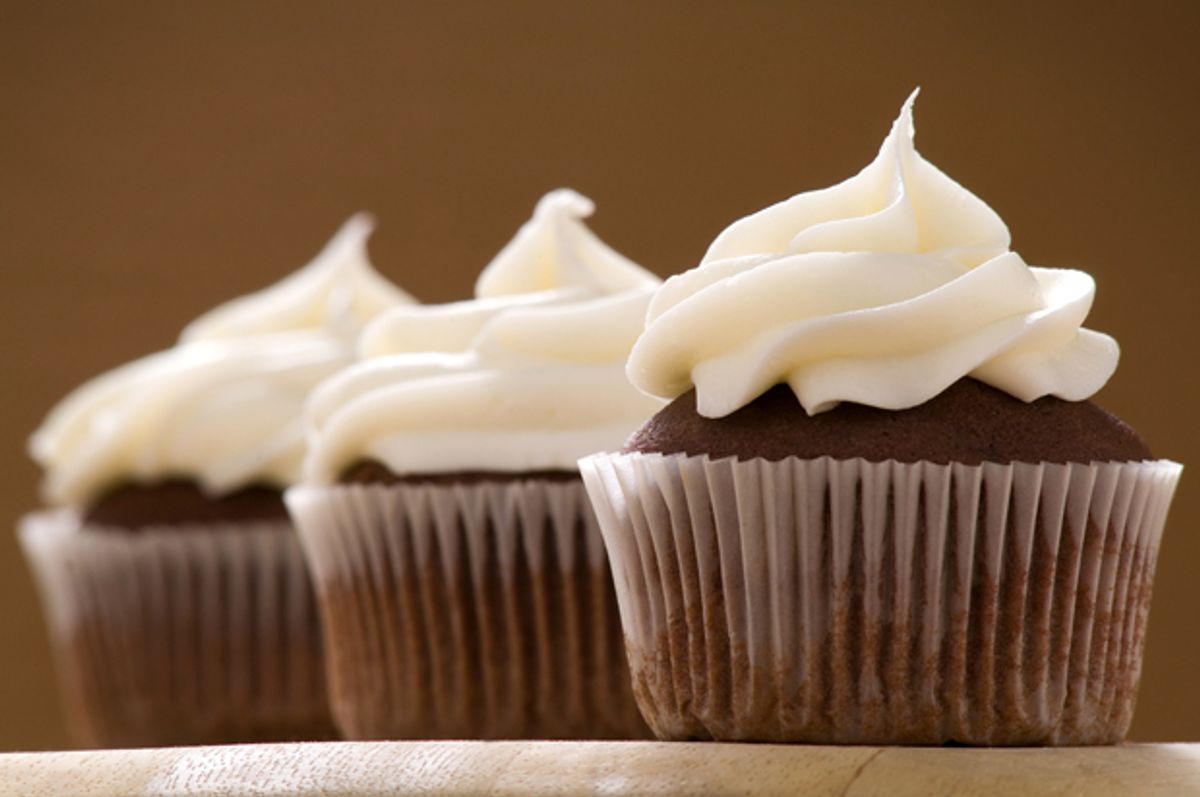 I come to bury Crumbs, not to praise it. The evil that cupcake chain did lives after it – in the form of other hideous, vaguely nostalgia-themed outposts of overpriced and underflavored confections. But as we bid a not-so-fond "Don't let the frosting hit you on the way out" to the once revoltingly ubiquitous sweet shop, let us not take it out on individually portioned treats themselves. Hate the game, not the player; hate the Crumbs, not the cupcake.

The sudden news earlier this week that, on the heels of stunning recent financial losses, the nation's biggest cupcake chain was shuttering its doors in Los Angeles and elsewhere was greeted by many as the death knell for individually portioned desserts everywhere. Forbes quickly sniffed that "Cupcakes were a hot product for a while." Writing in MarketWatch, Al Lewis went even further, calling them "a symbol of all that is wrong with America … self-indulgence for the self-absorbed … the perfect treat for narcissists and psychopaths." Slate, naturally, countered that to cheer the demise of the cupcake was sexist. But before we go pouring out a 40 – one of the many things in life considerably better tasting than anything on the Crumbs menu – for cupcakes, and considering What It All Meant, let me assert that Crumbs did not kill the cupcake. The cupcake is not dead. That would be like saying cookies are dead, or ice cream is dead. In other words, that would be crazy. The cupcake, after a glittery and surprisingly lengthy moment in the spotlight, has merely reassumed its normal place in the great hierarchy of desserts.

Like many terrible things from the past 15 or so years – tutu skirts, pink cocktails -- the rise of the cupcake is often attributed to "Sex and the City." All it took was Carrie and Miranda wiping frosting off their faces while sitting in front of New York's famed Magnolia Bakery and boom! what was once considered strictly toddler birthday party fare became socially acceptable adult food. I'm just glad the show never made eating cake out of the garbage a thing. Suddenly, the cupcake had moved from guilty convenience store checkout item to a fetish you could build entire TV series upon. Multiple TV series, even. And there at the forefront of it all was Crumbs, the biggest brand with the biggest cupcakes.

Crumbs seemed for a time virtually recession-proof, thriving even in the darkest economic days of the last decade. But the 11-year-old company more recently suffered from its rapid expansion – both of the brand and the products themselves. Its problem wasn't just that there were outposts all over the country, it was, as the New York Times points out, that the cupcakes were expensive and oversized, occasionally tipping the scales at more than 1,000 calories. Eventually, the allure of $5 sugar bombs the size of small pets began to fade to customers. As frankly it should. The Crumbs cupcake was not what a cupcake aspires to be.

Treat trends come and go. Remember the great, equally baffling late '90s rise of Krispy Kreme? Remember the first time you asked, "What's a molten lava cake?" You believe cronuts are forever? You think the day isn't rapidly approaching when the suggestion of a whoopie pie run or a nibble of a macaron won't be met with undisguised boredom? Ask not for whom the bell tolls, Bisous Ciao. But Crumbs didn't fail because people have stopped loving cupcakes. Put out a tray of cupcakes – Hostess, homemade, you name it – at a party today and see how long it lasts. Crumbs failed because the novelty has worn off -- and because the product itself simply couldn't sustain consumer loyalty after it had. But as long as there are mouths, people are going to love cupcakes. It's cake you can carry around; figure it out. Victory will always belong to cake, even when all that's left of Crumbs is, well, you know.