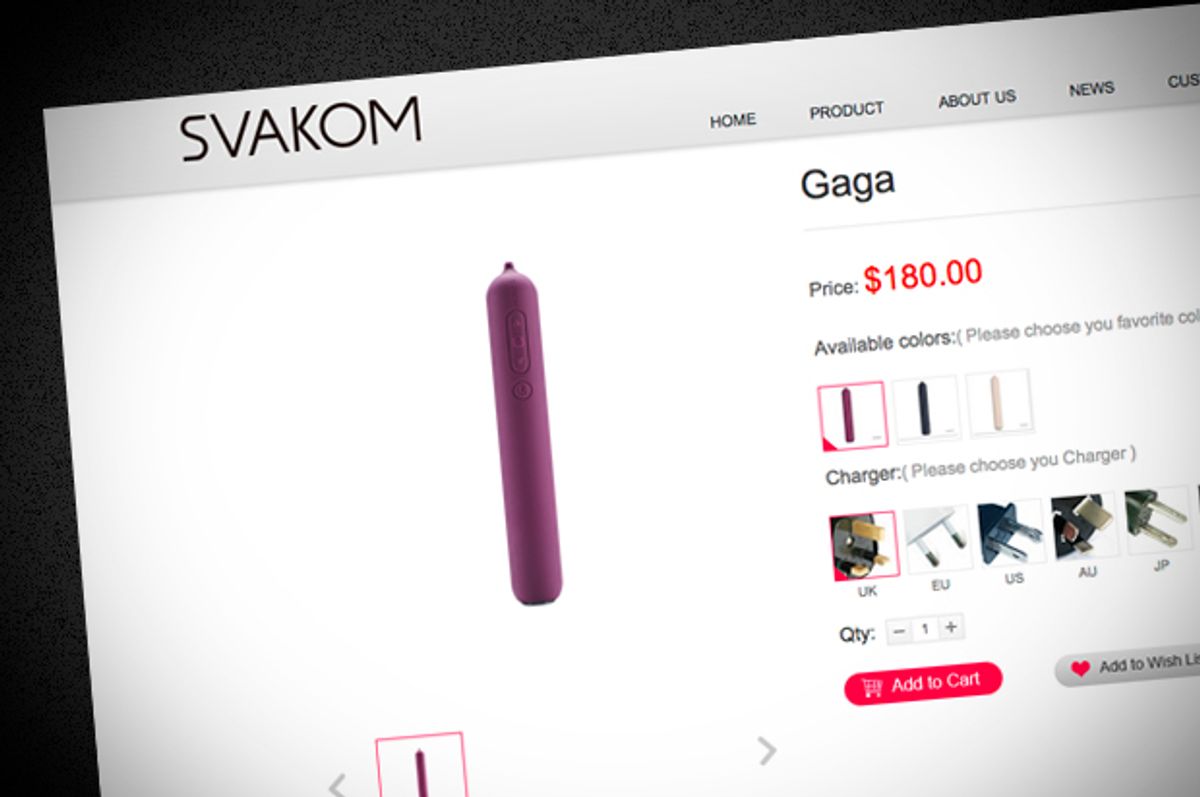 You might be wondering: "Why would a woman want to take a photo inside her vagina? And, um, isn't it a little dark for pictures?" Well, the company notes several reasons customers might want the Gaga -- specifically, women's health, as well as increased sexual pleasure not only for the woman using it, but for her partner too. The toy allows women to share "the exclusive right of gynecologist" in caring for themselves, and also comes with wireless capabilities that allow users to share their photos with long-distance partners via a special wireless app. Naturally, just when it seemed like there might be one kind of selfie nobody would want to share online, Svakom made a special social network just for Gaga shots. It might well be considered the newest, most creative form of sexting.

Watch the Gaga's promos below (NSFW):