The silent treatment will quietly murder your relationship

The most common, trite conflict in romantic partnerships also does the most damage, according to a new study 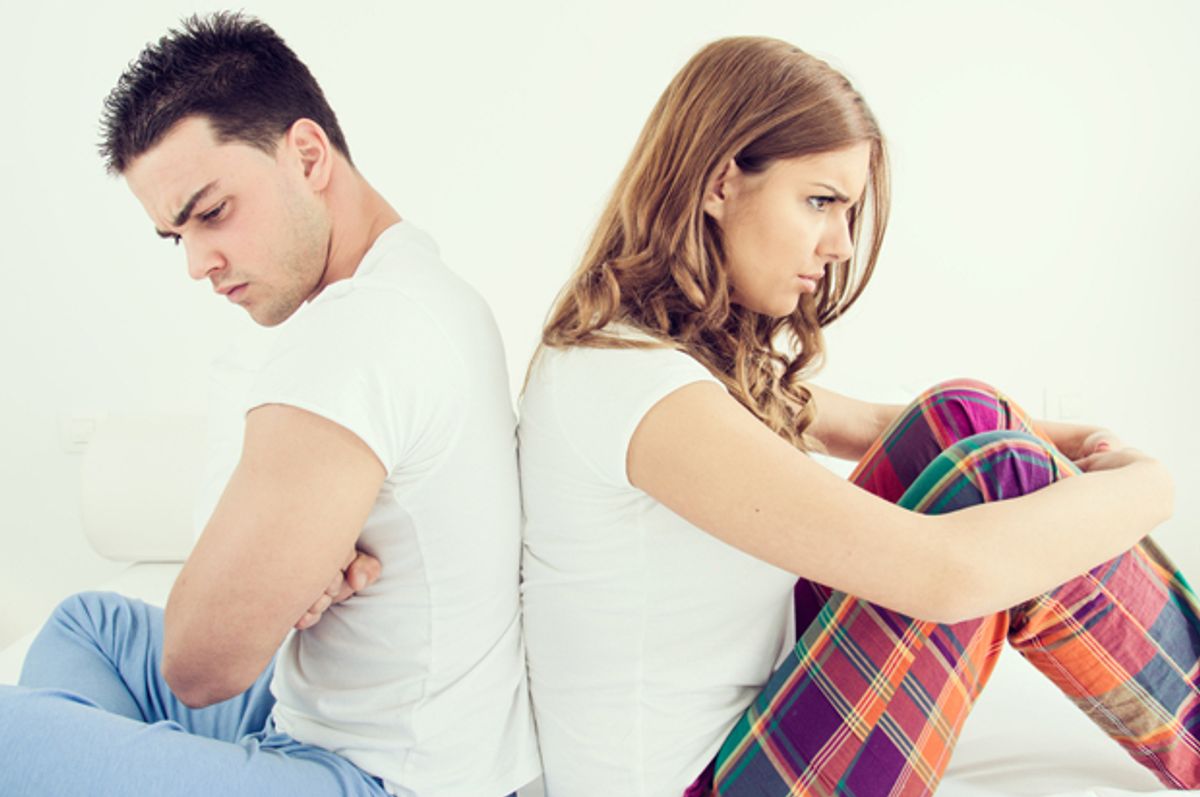 Silence: The silent relationship killer. It's not news that communication makes for stronger, more successful relationships, but a recent meta-analysis of previous research shows that keeping lips sealed can have serious downsides for serious relationships. According to Paul Schrodt, professor and graduate director of communication studies at Texas Christian University, participating in demand-withdraw patterns -- in other words, meeting criticism and complaints from a partner with silence -- can kill romance.

"It's the most common pattern of conflict in marriage or any committed, established romantic relationship," Schrodt said. "And it does tremendous damage."

Schrodt reviewed data collected from more than 14,000 participants and found that those that engage in demand-withdraw patterns tend to experience lower relationship satisfaction, less intimacy and poorer communication overall. What's more, the ramifications aren't always emotional: The silent treatment and other demand-withdraw patterns are also associated with anxiety, aggression and physiological issues that include urinary, bowel and erectile dysfunction. Sounds like something most people would want to avoid, but it's not that easy. Old, passive-aggressive habits die hard.

The findings suggest that these problem perceptions fit neatly into preconceived gender roles, assuming that wives are more demanding and husbands more emotionally withdrawn. But that fails to take into account non-heterosexual couples, and also fails to consider the gender-based assumptions that underlie such stereotypical behavior. Women might be more emotionally demanding, but it's because society tells them to be; men are expected to remain reserved about their feelings. Naturally, this can create discord in relationships -- not just for men and women, but for any partnership where there's a difference in expectations of communication. That's why, the study makes clear, it's important to communicate, instead of letting relationships rot away in silence.