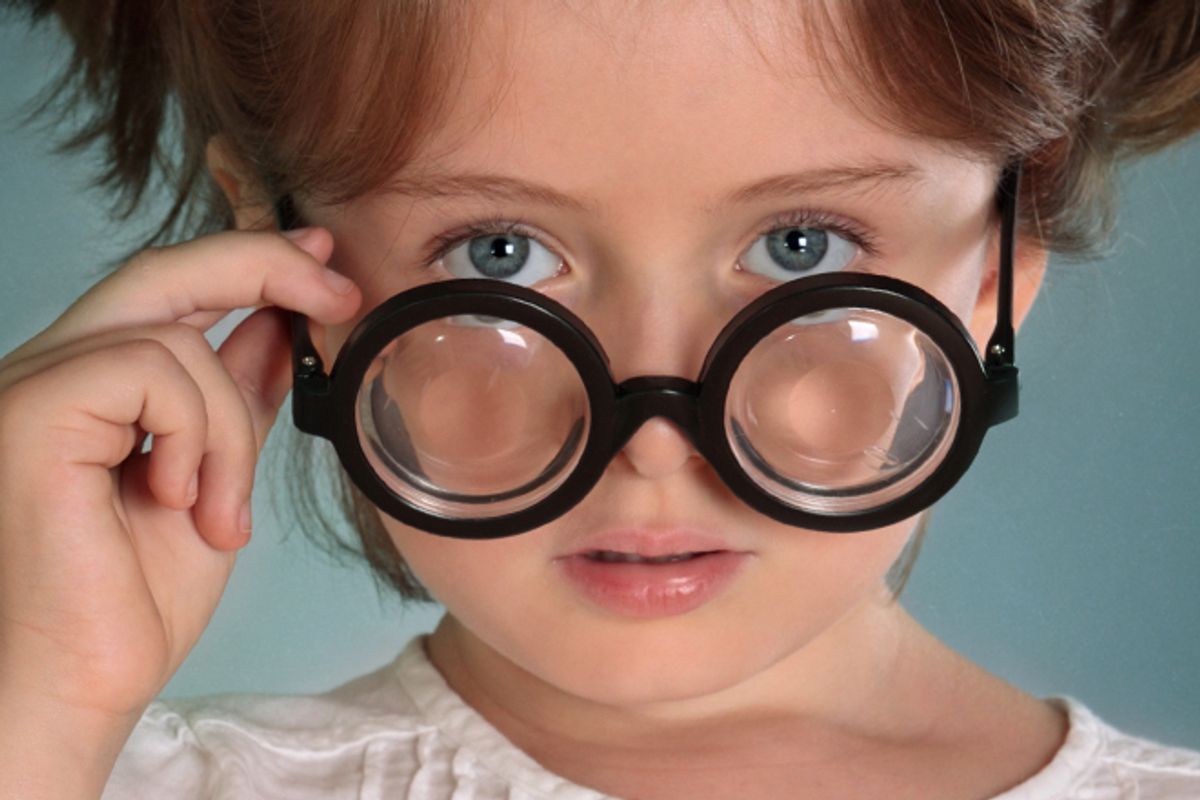 Today in unspeakably frustrating sociological findings: Young teens of both genders feel it's more appropriate for women to be less intelligent than men, because smart women are intimidating and men should never feel intimidated by anything, ever. In a year-long ethnographic study of 14-year-old schoolchildren, University of Warwick sociologist Maria do Mar Pereira found that male students had somehow acquired the belief that their female counterparts shouldn't be as smart -- and definitely not smarter -- than them. Disturbingly, young girls had started to conform to that ideal.

"There are very strong pressures in society that dictate what is a proper man and a proper woman," Pereira said. "Young people try to adapt their behavior according to these pressures to fit into society. One of the pressures is that young men must be more dominant -- cleverer, stronger, taller, funnier -- than young women, and that being in a relationship with a woman who is more intelligent will undermine their masculinity."

Pereira spent an entire school year in a middle school class participating as if she were a student, allowing her to observe her subjects' intimate interactions with one another. She found that girls frequently pretended to be less intelligent than they are, failed to speak out about harassment and stopped participating in hobbies that might seem "unfeminine." That young girls feel pressure to be someone they're not -- particularly someone less intellectually curious or bright -- should come as no surprise to anyone who has been a young girl, attended school, used the Internet or seen "Mean Girls." Actually, it should come as no surprise to anyone familiar with reading things, existing in society or "mansplaining" -- whether because it's happened to them, or because they've been the one doing it.

No, the trend is not news, but it is distressing -- especially since it takes place at a time and amongst a generation that is perceived as being more egalitarian than ever before. It is true that attitudes toward traditional gender roles are changing; one recent study showed that women with higher levels of education than their husbands no longer have higher rates of divorce, while another found that public opinion of women in the workforce has reached an all-time high. Still, Pereira's findings reflect that long-standing and highly detrimental gender norms are still alive and well, and they are holding children of all genders back.

"Trying to live up to these unreal ideas of masculinity and femininity leads to a range of problems," Pereira said. "Low self-esteem, bullying, physical and verbal violence, health problems and a tragic loss of potential in our young people. Therefore, we must promote ideas about gender which are less rigid, and recognize there are many ways of being a man and a woman."