The Super Bowl was a win for feminism

Less sexism! More equality! This year's game was a surprising -- and welcome -- change 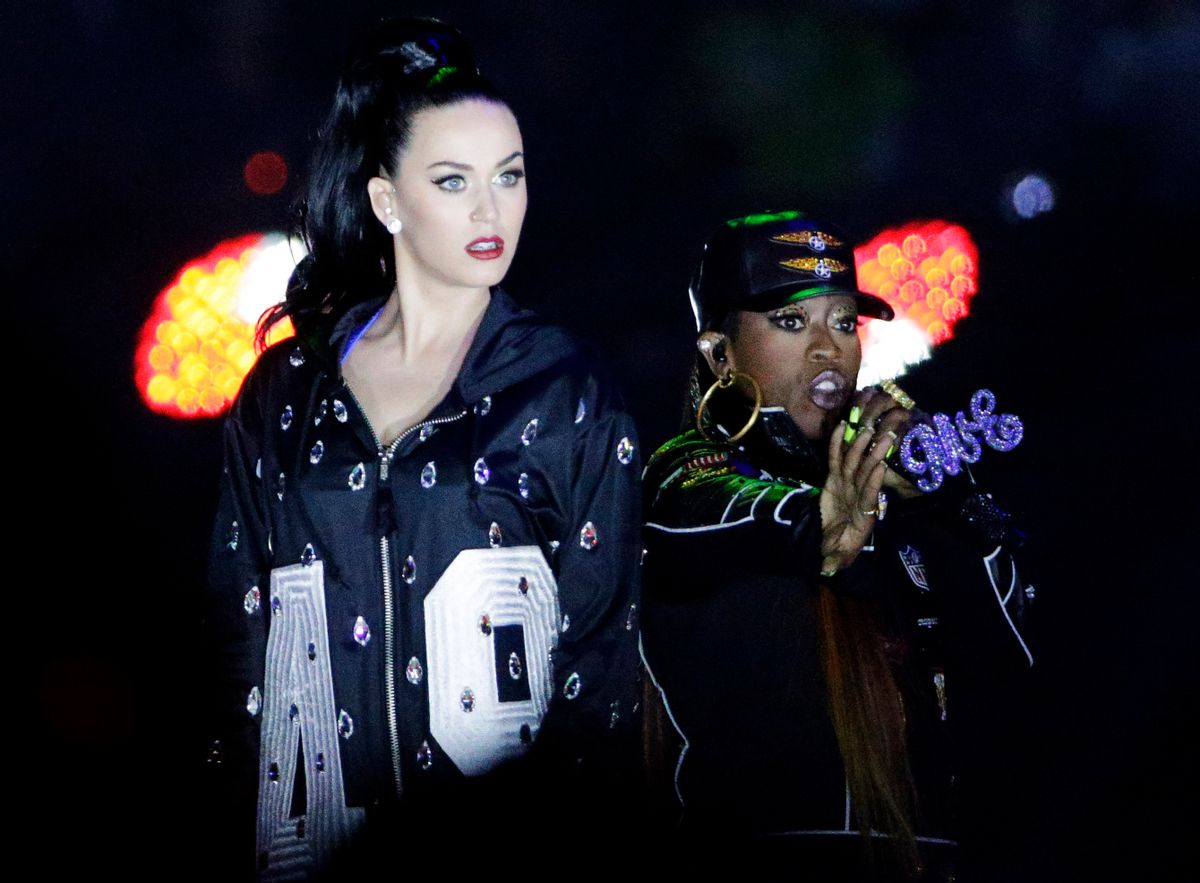 In a shocking twist – more shocking, even, than the adorable Nationwide kid who was DEAD ALL ALONG -- Sunday's Super Bowl turned out to the least offensive to women that football's biggest night has been in years. It was even, at multiple instances, positively feminist. And what do you know? The game went on, the fans cheered, masculinity did not shrivel up and die.

What a refreshing change from just a few years ago, when male rage was front and center in the Super Bowl's ad themes. Remember angry guys taking "man's last stand" against shaving and wearing pants? Remember when gay men were a punchline in a Megan Fox ad? Contrast that, if you will, with what went down at Super Bowl 49. Could it be that somebody got the memo that football has a bit of an image problem with how its players treat women – from the Jameis Winston sexual assault investigation to the Vanderbilt rape trial to last year's violent incident involving Ray Rice and his then-fiancée Janay Palmer? (It's certainly a direct reason for the push for anti domestic violence spots, like Sunday's chilling "No More" one, based on a real 911 call.) Could it be that someone remembered that women make up nearly half of the Super Bowl audience? Whatever the reason, the shift from an endless parade of jiggly babes and dude bros was palpable.

There were, as usual, plenty of heartstrings-tugging spots, but the emphasis this year was frequently on what it means to be a man – or a woman. Fatherhood featured heavily, with Nissan's "Boyhood" influenced, "Cats in the Cradle" scored "With Dad" ad, Camry's sentimental "My Bold Dad" spot, and Dove Men's celebration of "Real Strength" -- an array of caring fathers heeding their children's calls to daddy. Last month, Unilever's Jennifer Bremner told AdAge in a statement that "Especially at a time when fans are overwhelmingly hearing about physical feats on the football field, we wanted men (and women) to hear at least one voice saying, 'Care Makes a Man Stronger.'" And McDonald's carried on the theme, with a spot encouraging patrons to pay for their food in the form of gestures of love.

Feminine norms got a workout too, with Always' clever "Like a Girl" spot. In it, men, women and boys demonstrate – to obvious comic effect – what it looks like to run, fight and throw like a girl. Then a group of young girls do it, with no irony or self-deprecation, giving it their all, and the question is asked, "When did doing something 'like a girl' become an insult?" That's right, not only was there a big fat ad for feminine protection dropped right in the middle of the Super Bowl, it came with a no-nonsense message to stop equating being female with being lesser. Ba-BAM. For further evidence, there was Camry's "How Great I Am" spot, featuring powerhouse Paralympic athlete Amy Purdy. There were other inescapably paradigm-subverting messages too, like Mindy Kaling showing how to take on "years of being treated like she was invisible," or Sarah Silverman calling Chelsea Handler from her underground delivery room – and telling the new parents, "Sorry, it's a boy." For the record, I don't condone putting down either gender for the sake of a punchline, but in a world in which a woman can be called, on international television, "brilliant" for birthing a boy child, let's just say maybe we can understand where the joke was coming from.

And the message that it's okay to have a broader vision of masculine and feminine carried into the halftime show too, with human cartoon figure and possible declared feminist Katy Perry doing a sly twist on her bi-curious anthem "I Kissed a Girl" by turning it into a duet with Lenny Kravitz. And then the queen Missy Elliott came out to do three songs, including "Work It." It was, in addition to being a sensational performance, pretty great to see a female in the middle of the Super Bowl stadium, wowing the crowd with an ode to her own sexual confidence.

The mission of the Super Bowl and its ads and its halftime show is not to cure sexism. But what was exciting about Sunday's game was the consistent message that feminists – and notably, campaigns like the He for She movement -- have been trying to make for years. Equality is for all of us, male and female. Breaking out of expected roles means that men can be commended for being loving fathers, and running "like a girl" can be a good thing. It means parents like me can watch their Super Bowl with their children and not feel embarrassed at the messages they're getting. Sunday night was an undeniable break from the past and a hopeful sign for the future. And, in the words of both Katy Perry and Lenny Kravitz, I liked it.