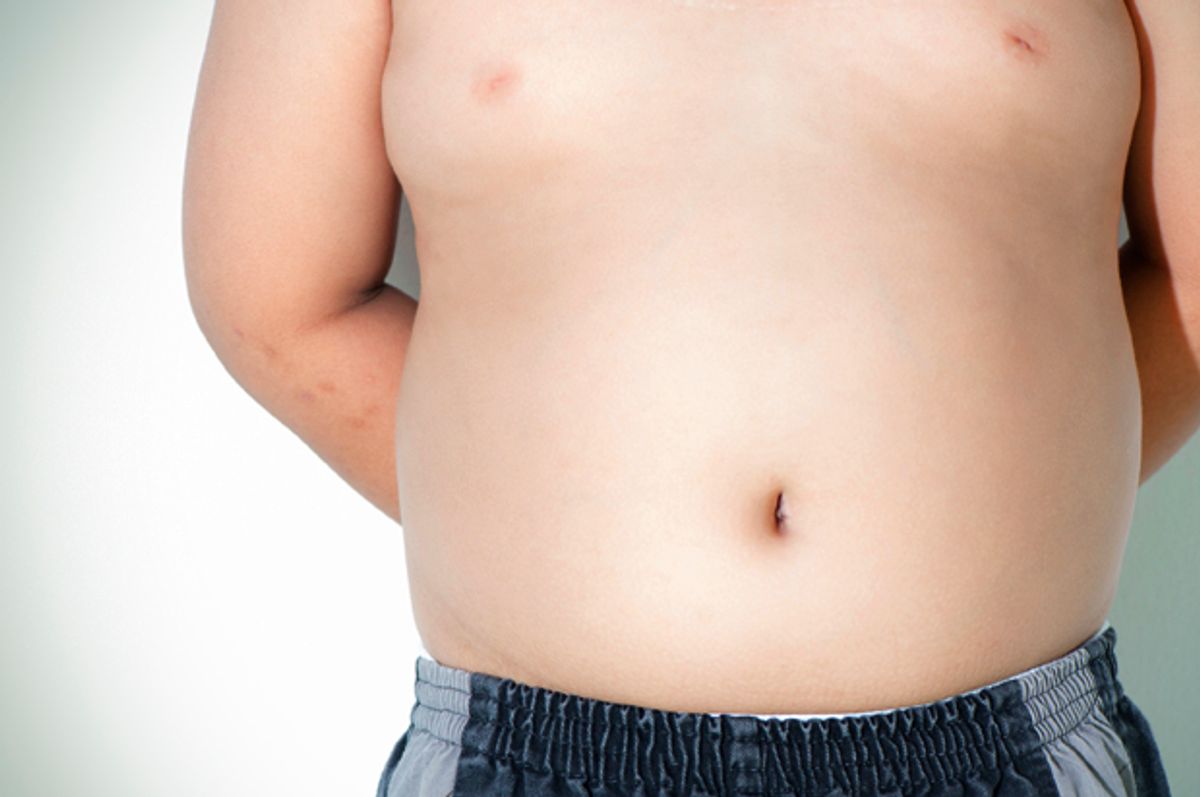 Here's an idea so terrible you'd think it was fiction: punishing parents for having obese children. But in Puerto Rico, public hearings are set to start Friday over a proposed bill that could fine parents if their children don't lose weight.

The proposed plan would have teachers identify children they deem at risk, and then pass them on to a counselor or social worker who would meet with the family "to determine whether the obesity is a result of bad eating habits or a medical condition" and create a fitness and nutrition program. If, however, after six months to a year there's no "improvement," the family would face fines ranging from $500 to $800.

Puerto Rico's childhood obesity problem is real and even more severe than the one here in the mainland – nearly 30% of the island's children are obese, compared with nearly 20% of stateside kids.  In the past few years, as childhood obesity – and the profound health problems like diabetes and heart problems that accompany it – has grown to an epidemic problem, the ethics of how to alleviate it have raised thorny questions. In 2011, a 200 pound 8 year-old boy was removed from his family on the grounds of "medical neglect." Three years ago, Children’s Healthcare of Atlanta launched a Strong4Life campaign featuring overweight kids giving messages like, "It's hard to be a little girl if you’re not" and "I don't like going to school, because all the other kids pick on me." The implication, perhaps well intentioned but poorly executed, was that kids should lose weight to avoid being bullied – not a very healthy incentive. And across several US states, schoolchildren are annually sent "FitnessGrams" that bluntly tell them they're "underweight," "overweight," or "obese."

In a statement Monday, senator Gilberto Rodriguez said that the measure would "improve children's wellbeing and help parents make healthier choices." But Rebecca Puhl, deputy director of the Rudd Center for Food Policy and Obesity at the University of Connecticut, told ABC News this week, "This proposal is very unfair and inappropriately penalizes and stigmatizes parents," adding that fines would "drastically oversimplify obesity and are more likely to be harmful than incur any benefit."

You want to take on the health crisis of obesity? Be my guest. Why don't you start by going after the brands that bully schools into accepting their processed foods in their lunchrooms? Or the fast food chains and soda companies and junk food makers that fight to deluge kids with their advertising? Or maybe stop sabotaging recess and gym time because of the obscene obsession on test prep -- a distraction that keeps kids from physical activity but hey, is big business for corporations like Pearson. You could also work on educating children and families about nutrition in the home and school. Because when you simply threaten to penalize families of obese children, you're targeting exactly the people who are often most likely to be living in or vulnerable to poverty. Positive, lifelong change doesn't come from fear of punishment. And it doesn't come from targeting individual families. It comes from changing the culture of how we feed and care for our kids.