"Race is being used to wreck the middle class": The silent bigotry of America's poverty politics

The rightwing media's true influence: Racial resentment is the "strongest predictor" of welfare spending in America 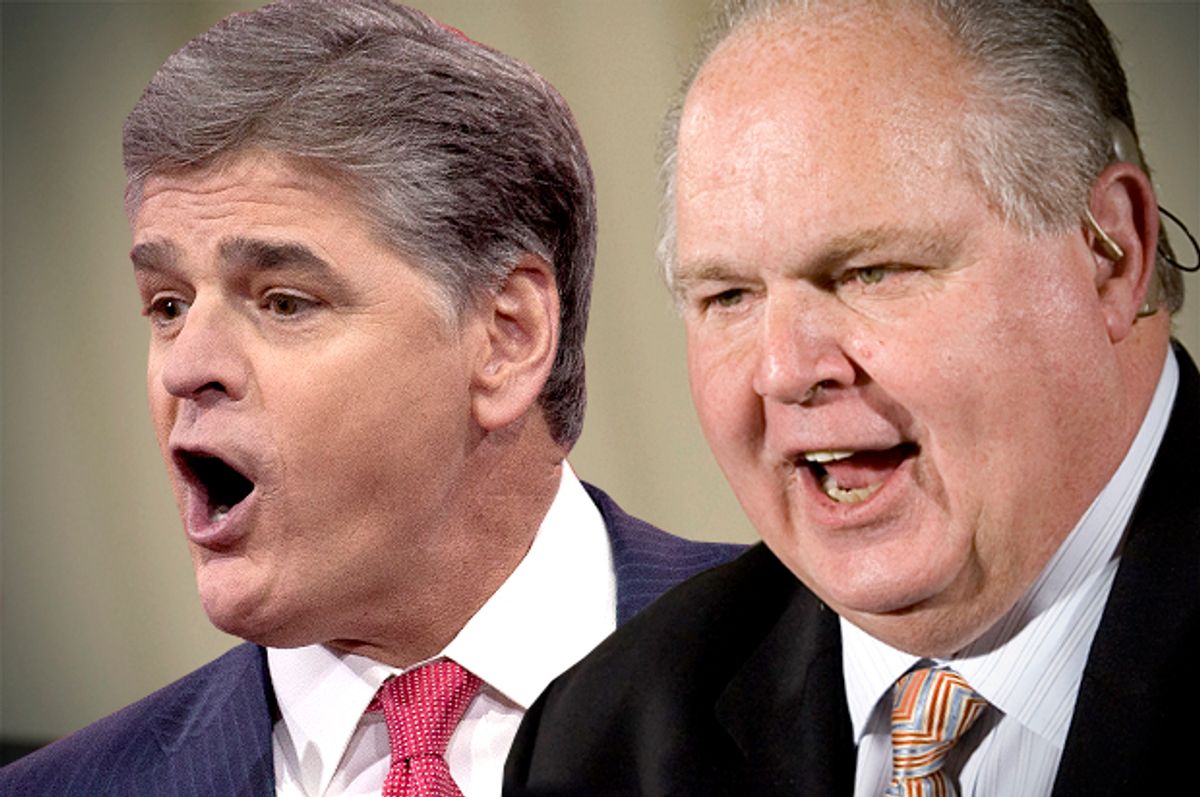 Progressives have long argued that conservatives play up racial resentments to undermine the welfare state. Conservatives tend to respond to such accusations with their own charges of liberal "race baiting." But whatever right-wing voices might say on the matter,  a new analysis of the data suggests that racism does, in fact, strongly predict welfare spending.

Using two surveys from 2008, Douglas Spencer and Christopher Elmendorf estimated racial resentment across the states by measuring responses to questions about the work ethic, intelligence and trustworthiness of blacks Americans. They estimate the portion of whites in each state that are in the top quartile of racial resentment (so a state with large amounts of racism would have more than 25 percent of whites espousing racially biased views).

I combined this with data from the Center for Budget and Policy Priorities showing Temporary Assistance for Needy Families benefits for a single-parent household of three. As the scatterplot below shows, these two variables are strongly correlated: I asked Eric Stone, the lead data scientist at Smarterer and a former hedge fund manager and USDA statistician, to help me see if there was another factor driving this trend. He ran the numbers again, controlling for state revenues per capita (based on Tax Foundation data, averaged from 2008-2010), as well as the average ideology of citizens and the average ideology of the state government (based on data from Richard Fording, again averaged over the period of 2008-2010).

Stone tells me that after controlling for these factors, “racial resentment is indeed the strongest predictor of TANF, at least in the context of this model.” He reports a p-value of <.001 (indicating there is a less than .1 percent chance that the relationship was observed by chance) and an R2 of .556 for the model (meaning that these variables collectively explain more than half of the variation in TANF spending).

The idea that racism strongly predicts opposition to welfare has strong support in the academic literature. In his book, "Dog Whistle Politics," Ian Haney Lopez showed how conservatives have used racial animus to drive opposition to welfare. In an interview with Salon, he said,

concerns over welfare were significantly more likely to be activated among respondents who perceived "most blacks" as lazier than "most whites.”

This aligns with Martin Gilens, who found that, “racial considerations are the single most important factor shaping whites’ views of welfare.” Media are certainly part of the explanation, as he finds elsewhere that “network TV news and weekly newsmagazines portray the poor as substantially more black than is really the case.” International research on the social safety net confirms this research. Alberto Alesina, Edward Glaeser and Bruce Sacerdote find that racial fractionalization (a measure of racial diversity) strongly predicts social spending. This relationship also holds within the United States: states where a larger portion of the citizens are black spend less on welfare. Matthew Fellowes and Gretchen Rowe find that as the share of African Americans on TANF increased, states lowered benefits, made eligibility rules stricter and reduced the flexibility of work requirements. In another paper, Alesina and his co-author, Paola Giuliano, write, “When the poor are disproportionately concentrated in a racial minority, the majority, coeteris paribus, prefer less redistribution.” They further note, “ In the US the racial majority (whites) is much less favorable to redistribution than minorities.” The U.S. also has an unreasonably strong belief in the idea that hard work is the key to success, and therefore believes that those who are unsuccessful must be lazy.

Similarly, a Pew study finds that the global median of people disagreeing with the idea that “success in life is pretty much determined by forces outside our control” is 38 percent, in the U.S. it’s 57 percent; the percentage of people internationally agreeing that it’s “very important” to work hard to get ahead in life is 50 percent, in the U.S. it’s 73 percent. In a country where poverty is deeply pathologized, and people of color are more likely to be poor, racism will be more likely.

As I’ve noted elsewhere, almost half of Americans end up on welfare at some point in their lives, but of those, less than 5 percent spend 10 consecutive years on welfare. The idea of welfare dependence is an utter fabrication invented by rich Republicans to gut the social safety net. But this safety net has actually been incredibly effective. As Christopher Jenks notes, “With these corrections the official poverty rate falls from 14.5 to 4.8 percent, making the 2013 rate roughly a quarter of the 1964 rate (19.0 percent).” Such a dramatic reduction in poverty should be considered one of humanity’s greatest accomplishments (though there is still more to be done).

While the Tea Party, and Republicans, have denied that their war on the poor isn’t racially biased, they occasionally slip up (Rick Santorum’s famous “blahs,” comment for instance). But the data strongly suggest that opposition to the welfare state is tied up in the belief that it is simply a way to give “them” benefits. Indeed, Daniel Tope, Justin Pickett and Ted Chiricos recently confirmed that racial resentment was “among the strongest predictors” of Tea Party membership. But through the “submerged state,” the government provides massive benefits to the middle class (not to mention the big bailouts to banks and corporations). Racism is still a major factor in American politics, and racial resentment continues to erode the safety net, for the benefit of the super-wealthy.