America's never-ending war on poor people: Why "The Briefcase" is just the latest assault

As a new study from the CDC and a new show from CBS expose, America's attacks on the impoverished are relentless 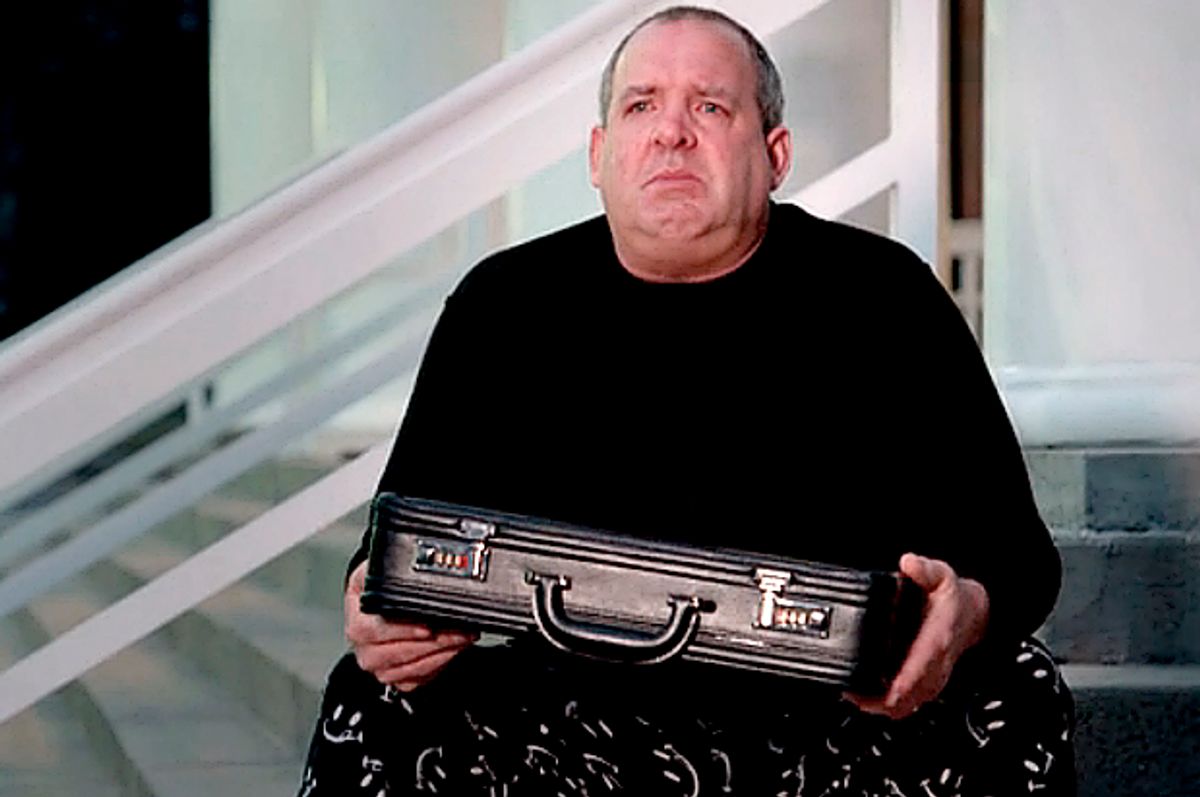 If you want to get a sense of what Mahatma Gandhi’s famous “poverty is the worst kind of violence” quotation means for the U.S. today, there are two stories from this past week you should read. One is from Jonathan Cohn, the Huffington Post’s ace health care reporter. The other is from Margaret Lyons, Vulture’s insightful television critic. Taken together, these two pieces offer a decent sketch of how America’s economy and its culture work together to relentlessly make poor people feel like shit.

Let’s start with Cohn’s piece, which takes a look at a new study from the U.S. Center for Disease Control and Prevention. The study is based on five years’ worth of results from an in-person survey run by the National Health Interview Survey and, as Cohn writes, it “demonstrates, in vivid terms, something that public health experts have known for a while.” Namely, that the closer you are to being poor, the higher the chances are that you’re suffering from what the public health field calls “serious psychological distress” — something of a catchall term for common forms of mental illness.

The difference isn’t small, either. Nearly 9 percent of people with incomes below the poverty line (around $20,000 for a three-person family) said they suffered from “serious psychological distress.” That means that between 2009 and 2013, the years during which the survey was conducted, nearly one out of 10 of these people — and there are more than 40 million of them — felt debilitating levels of anxiety and depression. In contrast, barely more than 1 percent of those whose incomes exceeded the poverty line by four times or more said they felt similar mental anguish.

If you’re someone who thinks depression and anxiety are just fancy words for the blues — and nothing that a good pep-talk and yank at the ol' bootstraps can’t fix —  you might not find this too upsetting. But before you dismiss this is as little more than airy talk from the usual bleeding hearts, you should keep two things in mind. One: your view of mental health is not only antiquated, but is increasingly the last refuge of folks in denial about their own needs. Two: there’s a growing body of research showing that poverty’s harms are just as severe cognitively as they are psychologically.

As Cohn notes, though, the CDC study’s findings, while stark, don’t tell us much about cause and effect. Are these people suffering from mental illness because they’re poor? Or are they poor because they’re suffering from mental illness? “[M]ost researchers,” Cohn writes, “believe the process works in both directions.” Recall all of those studies from the worst years of the Great Recession, the ones finding that being unemployed for a long time can be more devastating to your emotional health than the death of a spouse. These processes can work together to create what Cohn calls “a vicious, downward spiral.”

So that’s the internal, quiet life of misery and desperation that America's version of capitalism bestows upon so many. Bad as it is, however, American pop culture apparently believes it’s still not bad enough. And that’s where Lyons’ piece, which examines “The Briefcase,” an odious new reality show from CBS, steps in. Because what “The Briefcase” does is tell the people who are unfortunate enough to not only be poor but also to be watching CBS that this mental anguish is, ultimately, something they’ve brought upon themselves.

Here’s the premise of the show, as Lyons explains it. A family dealing with what CBS euphemistically calls “financial setbacks” is given a briefcase full of $101,000. They are then shown another “financial setbacks”-plagued family and are told they must decide how much of the cash to share — if any. Unbeknownst to either family, this alienating setup is presented to both. Lyons writes that in the early episodes sent to critics, the families find their responsibility to be so great as to cause one woman to vomit and “several” to say it’s “the hardest decision they've ever made.”

How do they make such a decision? By engaging in a time-honored American tradition of separating the poor into two, mutually exclusive categories: those who deserve to be poor, and those who don’t. “The families visit each other's homes and look through each other's bills,” Lyons writes. Maybe they could afford to pay for their children's surgery, if only they switched from Cheerios to Frosted Flakes! Essentially, CBS has decided Ronald Reagan’s stories about “welfare queens” and “young bucks” using welfare to buy Ferraris may not be technically true — but they’re true enough for reality TV.