You Must Hear This! "Ambergris"

It's not Pavement! It's the 1970 album that Stephen Malkmus "embellished" for his own cover art-and it's brilliant 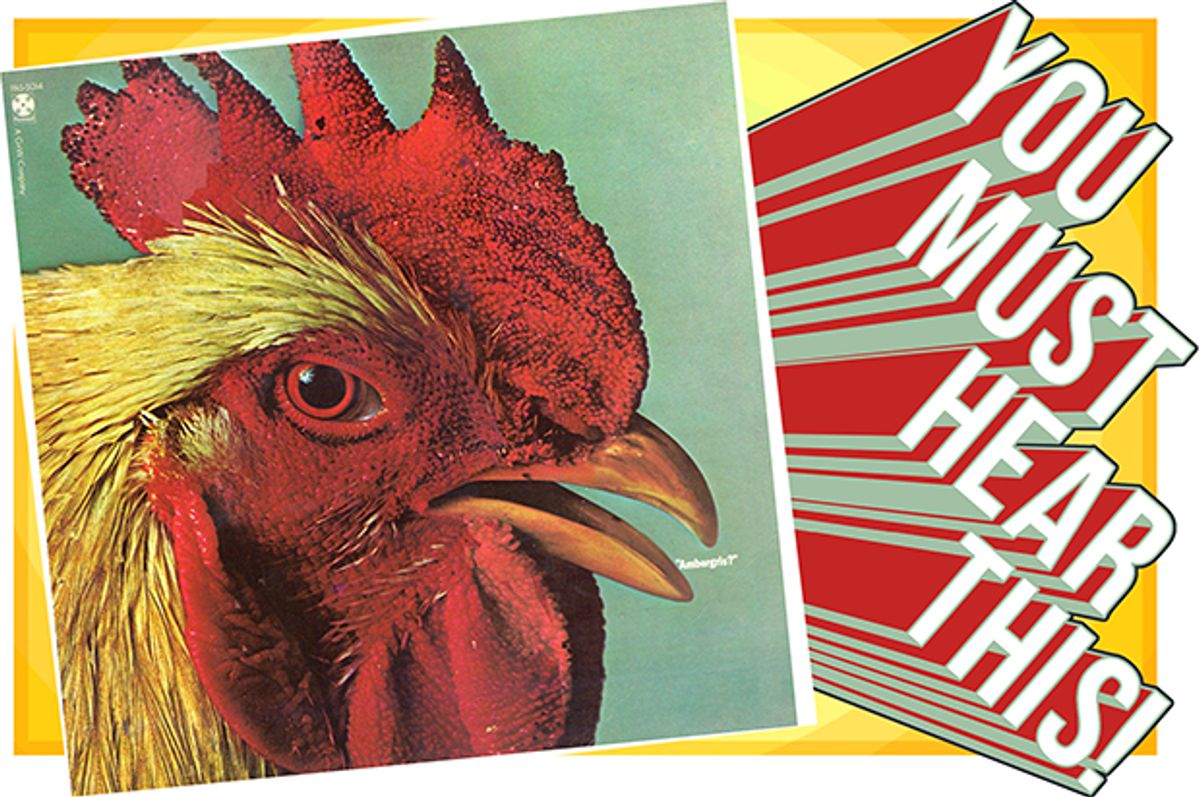 When Pavement's "Watery, Domestic" came out in 1992, my first reaction was outrage. That running length – under twelve minutes of music – was it even long enough to be called an EP?? I quickly came around, though, once I got to know the songs. Four songs I truly loved, with no filler? I'm on board! Let all my favorite bands put out a "Watery, Domestic!"

Once I embraced its diminutiveness, I came to regard it as a perfect package of music. Right down to the cover art, with its bold colors and sharp detail. I studied it closely, trying for about twelve minutes at a stretch to make heads or tails out of Stephen Malkmus' doodlings. One thing I never considered was where that rooster might have come from. I might have known by then of Malkmus' propensity for defacing obscure record jackets and repurposing them as Pavement covers, but even if I had, I never gave a thought to what this original album might actually sound like. It never occurred to me to hunt down the rooster album.

I recently came across a short post about the self-titled album by Ambergris in Rockasteria, one of my favorite music blogs. That's right – the rooster album. They didn't even mention Pavement – they posted about "Ambergris" based on its own merits, which turn out to be formidable. They describe the sound as "marvelous jazz brass rock with latin shades" and I can't do any better than that. Here's my favorite song, the album's closer (though you'll probably want to hear the entire album):

It is the only album the band ever put out, and it sounds like they wanted to pack in every musical idea they ever had. Luckily, it would seem that every musical idea they ever had was superb. Jerry Weiss, the band's creative force, had been a founding member of Blood, Sweat & Tears, appearing on that band's first album. He went on to play some flugelhorn and trumpet for Al Kooper some years later, but this album seems to be the purest expression of his musical genius, and I only wish there were more songs. If anyone unearths a lost Ambergris followup album, send it my way!

You can read more about the album here.