Feminists, we have to stand with Megyn Kelly — even if you disagree with everything she stands for 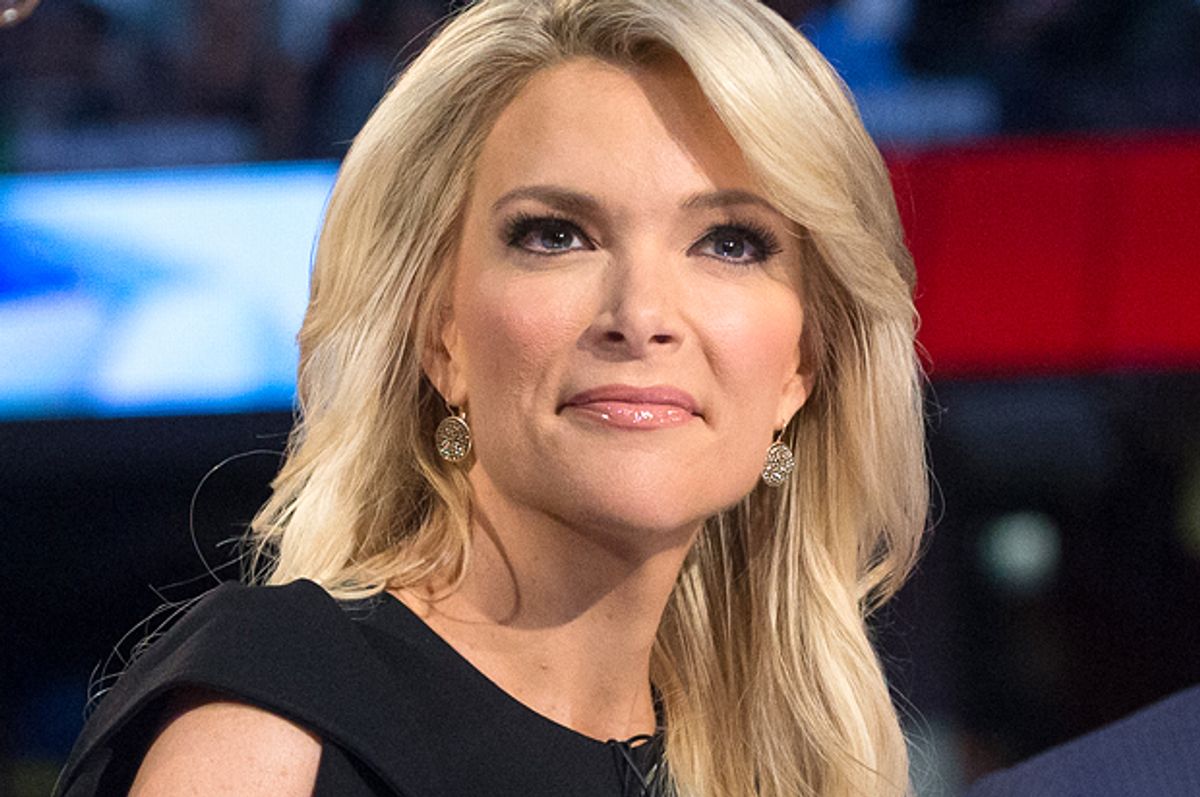 If you describe yourself in adjectives like "progressive," "liberal," "feminist," or "repulsed by FOX News," you probably don't have the highest professional opinion of Megyn Kelly. You probably find yourself, in fact, regularly horrified at her unique views on issues like race relations and Planned Parenthood. But the thing about trying to be open-minded is that it means being willing to defend those who wouldn't necessarily do the same for you. It means understanding that you don't have to respect a person's ideals to still be obliged to respect her humanity. And it means being willing to say, without reservation, right on, Megyn Kelly.

In the days since she dared to ask Donald Trump — the apparently not just a bad dream serious candidate for the Republican presidential nomination — about his public record of referring to women as fat pigs, Kelly has the target of some of the most vile slime the Internet has to offer. Naturally, it was Trump himself who helped get the ball rolling, excoriating her on Twitter for not being "professional" enough for his liking, and calling her a "bimbo" while insisting she only has a job because she's "sexy." And then just to bring it all home, he made a not so veiled insinuation that that Kelly was uppity because she probably on the rag, explaining, "You could see there was blood coming out of her eyes, blood coming out of her... wherever. You could see she was off-base." (Trump says he meant her nose.)

This promptly led to — as Web developer Izzy Galvez has helpfully quantified for you in easy to read chart form — an astonishing spike in online abuse toward Kelly. If you're a woman who's ever expressed an opinion out loud or just didn't give enough attention to some random jackass who demanded it of you, you can probably guess the terminology and the tone. You've probably experienced it! Trump, meanwhile, has been rewarded with a continued lead in the polls.

But speaking on her show "The Kelly File" Monday, Kelly jokingly asked, "I just got back from a weekend at the beach with my husband and my three kids. Did anything happen in the news while I was gone?" She continued, "I felt he was asked a tough but fair question… Mr. Trump did interviews over the weekend that attacked me personally. I've decided not to respond.… Trump, who is the frontrunner, will not apologize, and I certainly will not apologize for doing good journalism. So I will continue doing my job without fear or favor." She says she now wants to move on. And you might think it would kill a feminist harpy like me to say this, but it really doesn't — Good job, Megyn Kelly.

If you believe that women don't deserve to be treated like garbage for asking questions, if you believe their perceived sexiness does not qualify as a source of rage against them, if you believe that no one deserves to be threatened and harassed, period, you are going to have to spend a fair amount of time sticking up for people whose views you disagree with, sometimes vehemently. It's easy to stand up against bullying when it's your allies who are being bullied. Maybe it doesn't come as naturally when it's boastful big game hunters or homophobic pizza parlor owners or Fox News correspondents, because we're living in a black and white world where the enemy is always the enemy and can't ever be viewed as a person worthy of basic dignity, right?

But if you're capable of higher cognitive function, it's really not so tough at all to acknowledge that we don't need to hang out in the same circles to find common ground — in this case, the ground that says that you shouldn't have to apologize to a petulant blowhard for doing your job. And when women on the right are attacked with the kind of disgusting, sexist trolling that I've certainly seen aimed at them — mocked for their looks, dismissed for not being bang-worthy, called vile names — it's as gross and wrong as when it happens to women on the left. We don't any lose credibility for supporting their right to not be intimidated. It's our duty to do so. They don't deserve it. None of us do. It's just that easy.