The computer geek, Pablo Escobar's hippos and all that aluminum foil: "I Touched All Your Stuff" is the weirdest true-crime tale ever told 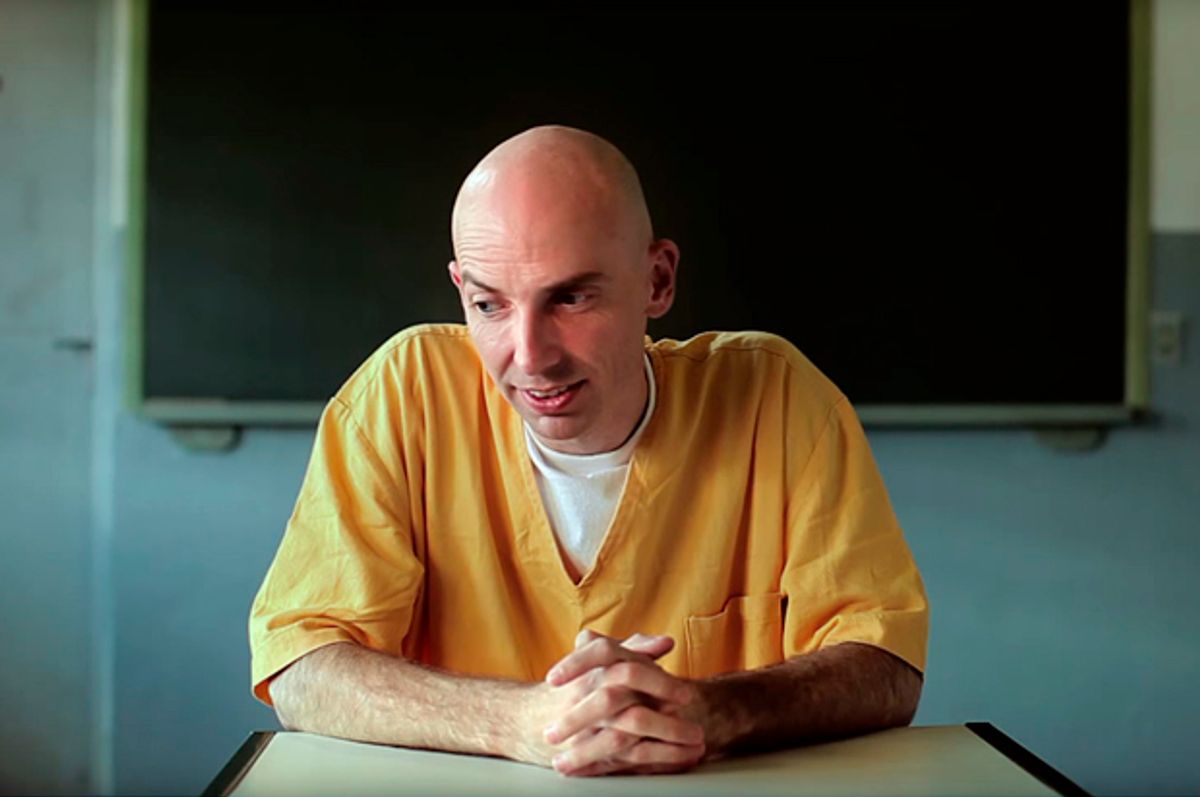 When the Brazilian filmmaking duo Maíra Bühler and Matias Mariani received a grant to make a documentary about foreign inmates in Brazil’s notorious prison system, they presumably had no idea that they would end up creating the weirdest true-crime movie in cinema history. Or that the movie they made would have less to do with Brazil, in the end, than with a country thousands of miles to the north known for its enormous global power and its immense capacity for self-delusion. Do you know the country I mean?

Their film is called “I Touched All Your Stuff,” which definitely qualifies as one of the great titles in movie history, and lets us know, at the very least, that this is not one of those documentaries that outlines a serious social problem and tells you what to think about it. At least that’s the English title under which the film is getting a tiny American theatrical release, beginning this week. In Portuguese, it appears to be called “The Private Life of the Hippopotamus,” and while both of those titles make their own kind of sense when you see the movie, the lack of any obvious relationship between them points us toward the fact that nothing about the bewildering story of Chris Kirk, a lanky, bald IT professional from a small town in Michigan who wound up doing hard time in São Paulo for drug smuggling, stays nailed in place for long.

Whatever its title may be, Bühler and Mariani’s film may be the year’s most beguiling cinematic surprise. If it’s too elliptical and unclassifiable for the conventional documentary marketplace, which thrives on clear statements of purpose and journalistic excavation of truth, that is largely a good thing. “I Touched All Your Stuff” plays out not just like fiction but like an arch, postmodern thriller – perhaps a 2005 novel by Don DeLillo or Jonathan Lethem that seemed far-fetched at the time. It features a likable but impenetrable protagonist who sometimes seems like a naïve tech geek and sometimes like Keyser Söze, the nefarious mastermind of “The Usual Suspects”; a globetrotting mystery woman known only as V., whose face we never see; and an 80 GB hard drive full of data that illustrates everything but illuminates nothing. Oh, and also a whole bunch of aluminum foil and Pablo Escobar’s hippos.

Seriously, there are hippos. Escobar, the notorious Colombian drug lord, built a private African safari park on his ranch and imported a bunch of hippos. After his death the authorities couldn’t figure out what to do with them. They liked the climate of South America just fine and were breeding happily, and it is not easy to move hippos under the best of circumstances. So there they remain, to this day. Chris Kirk’s story about why he took a fateful vacation to Bogotá in the first place – the first stage of the personal odyssey that eventually landed him in a Brazilian prison – is that he was fascinated by Escobar’s hippos and wanted to see them. Whether that’s true, and whether he ever did, and whether the hippos are best understood as a metaphor, I couldn’t tell you. This movie would drive Errol Morris insane, and if you require a documentary to tell you “what really happened,” you may have the same reaction.

Here’s one thing that really happened: Chris Kirk had a moment of national fame back home, after he met his infamous and perhaps apocryphal girlfriend, V., but before he became a convicted South American cocaine trafficker. In the mid-2000s, Kirk was the subject of a Keith Olbermann segment on MSNBC after his best friend, who was housesitting at Kirk’s apartment in Olympia, Washington, covered the whole place in aluminum foil, including each individual book, the kitchenware and the toilet paper roll while Kirk was away. A framed picture of V., as it happens, was pretty much the only thing left un-foiled, which is definitely a detail from that nonexistent DeLillo-Lethem novel. The note left behind by the friend read: “I touched all your stuff.”

According to Bühler and Mariani’s account, they interviewed hundreds of foreigners in Brazilian prisons, and Chris Kirk was the only one who refused to respond to their opening request: “Tell us about your life.” He couldn’t possibly do that, he said, unless they were willing to interview him for at least eight hours, and make him a collaborator on the film. As “I Touched All Your Stuff” proceeds, the filmmakers allow Kirk to spin out his own version of his ill-fated romance with V., in which he depicts himself as a love-starved nerd who was easy prey for a Japanese-Colombian beauty with way too many stamps in her passport and a highly ambiguous past. At the same time, they use the photos, videos, music and chat logs dug out of Kirk’s hard drive back in Washington (with his permission) to document the saga from the other direction.

What emerges in the end actually is surprisingly consistent and coherent, if you pay close attention to the most important passages of Kirk’s self-serving narrative and steer through all the denials and reversals and irrelevant tangents. Of course I won’t give that away, and in any case the question of whether Kirk is guilty or innocent, and whether the mysterious V. was the instrument of his downfall or a pathway toward an altered self, is not entirely the point. A central element of American national mythology, which cannot conclusively be called good or bad, is our belief in reinvention, renewal and rebirth. Against all the odds, Chris Kirk – who is now out of prison and back in the United States – reinvented himself as a renegade American hero, a 21st-century Gatsby lured to his doom by a beautiful woman. His story may not be true in large part (or conceivably in any part), but at least he wrote it himself.

"I Touched All Your Stuff" is now playing at Cinema Village in New York and Arena Cinema in Los Angeles. It opens Sept. 4 at Facets Cinematheque in Chicago and the Gateway Film Center in Columbus, Ohio, with more cities, digital release and home video to follow.