The truth about Serena & American Pharaoh: Here's the real reason why the comparison is so insulting

Racing enthusiasts are free to cheer their favorite. But they do so in a racial & political context that matters 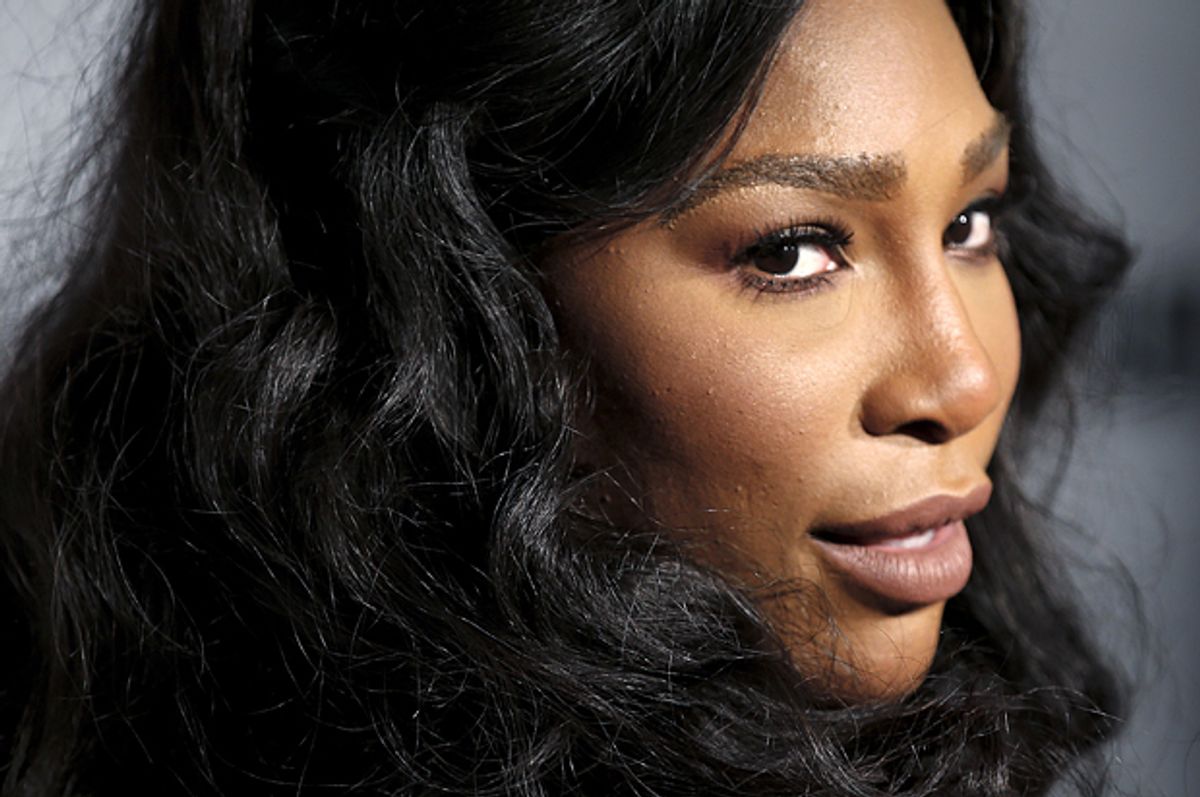 This story has been corrected since it was published.

This week, Serena Williams bested a horse to be crowned Sports Illustrated’s “Sportsperson of the Year.” Because American Pharaoh, the horse, became the first Triple Crown in 37 years, readers in an online poll at SI chose the horse for the honor over Williams. The LA Times then tweeted a picture of Williams and Pharaoh in a split shot with the question, “Who’s the real sportsperson of 2015?”

The initial LA Times online coverage of the decision to honor Williams ran with the question, “Are fans right to be upset that Serena Williams beat American Pharaoh for Sportsperson of the year?” Is this really the question? A better question is: Are Black people right to be upset about the continued, blatant, unmitigated racism of the American public? This piece also made sure to mention that SI chose to honor Williams “for reasons that hang in the grayer, less comfortable ether, where issues such as race and femininity collide at the games.” In the very next paragraph, Chuck Schilken argues that American Pharaoh has been “put at a great disadvantage,” because unlike Williams who showed a spirit of sportsmanship by returning to Indian Wells in 2015 after being the subject of racial slurs there in 2001, “horses can’t really display sportsmanship.”

Forgive me for this, but: What kind of bullshit is this?

Schilken seems dangerously close to making an argument that Serena Williams bested American Pharaoh not because of the her unprecedented record of consecutive grand slam wins, but rather because of affirmative action. To suggest that the horse is at a disadvantage for this award because a horse can’t experience racism is, simply put, whack. And also egregious.

The article, like many of the angry tweets, noted that while Pharaoh won the Triple Crown, Serena did not win the Calendar Grand Slam. A Calendar Grand Slam means that a tennis player wins all of the major opens in a calendar year. To be clear, the substance of this designation is the winning of four consecutive slams. Serena has not won all consecutive slams in a calendar year. But she has won all four slams consecutively twice. From 2002-2003, she won every Slam, from the French Open to the Australian. She was 21 years old. This year, at age 33, she completed that feat again having won every slam from the U.S. Open in 2014 to Wimbledon in 2015. She is the only tennis player ever to have won all four slams consecutively twice. In fact, this accomplishment has its own name – the “Serena Slam.” And that kind of excellent defiance of convention is precisely why Serena Williams is the greatest women’s tennis player of all time. The only one still in the running at this point is the great Steffi Graf, a player I grew up watching, the only player to ever accomplish a Calendar Grand Slam, and the player with the most Grand Slam titles. Graf holds 22 to Serena’s 21.

But here’s the thing: Aficionados of women’s tennis are well aware of Serena’s accomplishments. Serena still routinely wins tournaments and slams, and she is usually the oldest player in the draw when she does so. The only player who is older is her sister Venus.

Still, many commenters spent their time this week actually debating the merits of a horse receiving a “sportsperson of the year” award. It is only the curiosity that is American racism, which demands that we actually defend Williams’ victories against the accomplishments of one animal. What this unique blend of American racism and sexism that Black women experience keeps teaching us is that Black bodies have the uncanny ability to throw notions of personhood deep into flux. Americans have not, in fact, arrived at a historical moment where it is OK to compare Black women’s athletic prowess to the athletic prowess of animal and then act surprised that Black people react to the specter of chattel slavery. But since people are obsessed with comparisons, let's be clear: American Pharaoh would have to win the Triple Crown twice to even be in Serena’s league.

The continued debate about Serena’s importance and greatness in the history of American tennis and American sports is comparable to debates about Michael Jordan, for instance. While I find conversations challenging the greatness of these two athletes to be entirely asinine, I can also generally chalk such talk up to the pugilistic nature of American sports discourse. In clearer terms, I understand such conversations to be hateration.

But the refusal to forthrightly acknowledge that it is simply unacceptable to compare one of our greatest athletes to an animal tells us of the piss-poor depths to which American racial discourse has sunk. If fans of American Pharaoh want to cheer the horse and use this as an opportunity to argue for the right of the horse to be treated as a person, that is entirely their right to do so. But the arguments we make don’t exist in a vacuum. In the United States, any person who makes such claims makes them from the grammar book of American racism and chattel slavery. The ur-text of Black personhood in this country has been the U.S. system of chattel slavery in which no distinctions are made between the treatment or value of animals and the treatment or value of people. Those white people (and they were mostly white people) who feel justified in their disdain for Serena and defense of “American Pharaoh” fit within a long history of other white Americans who have readily argued and acted as though animals should be treated better than Black human beings.

And the LA Times' disingenuous coverage of this whole nasty incident illustrates why racial discourse in this country is so poor. In a follow-up piece in response to the social media backlash against the Times' coverage, the paper did a great job of “white-splaining” that “the headline and tweet didn’t make clear that the poll [at the LA Times] was prompted by SI’s selection of Williams versus its readers’ support for American Pharaoh."

"Readers believed The Times itself was comparing Williams and the thoroughbred," the Times suggested, "and found that offensive."

But let's get one thing straight: The LA Times was wrong and racially offensive. They visually framed this story as Black woman versus horse, and whatever their intention, they trafficked in a widely known and deeply offensive set of racial stereotypes for the purposes of getting clicks. This is therefore not merely a problem of readers with good sense “believing” the wrong thing.

Horses are not people. Horses cannot be sportspersons of the year. Yes, in this historic moment the U.S. remains unclear on what it means to be a person. The Supreme Court thinks corporations are people. The religious right thinks fetuses are people. Everyday racists are willing to stake their bets on the claim that horses are people, too. That such ideas necessarily undercut the humanity of Black people, and Black women in particular, conveniently goes unacknowledged in public discourse.

We cannot afford at any level to go back to a world in which the personhood of Black people is debatable. At any level. That premise – that Black people are not persons— remains one of this country’s two original evils. (Native American genocide is the first.) This belief undergirds 250 years of slavery, another century of dehumanizing and violent atrocities against Black citizens and now finds us in this moment in the midst of a social movement whose premise is merely to prove that Black lives have value.

The great irony here is the horse’s name: “American Pharaoh.” His defenders continue to ride for him with Pharasaic levels of zeal. But Serena – our Moses -- has come to tell Pharaoh: Let my people go.