Colbert knows his Bible. Donald Trump does not. This is the clip you need to see 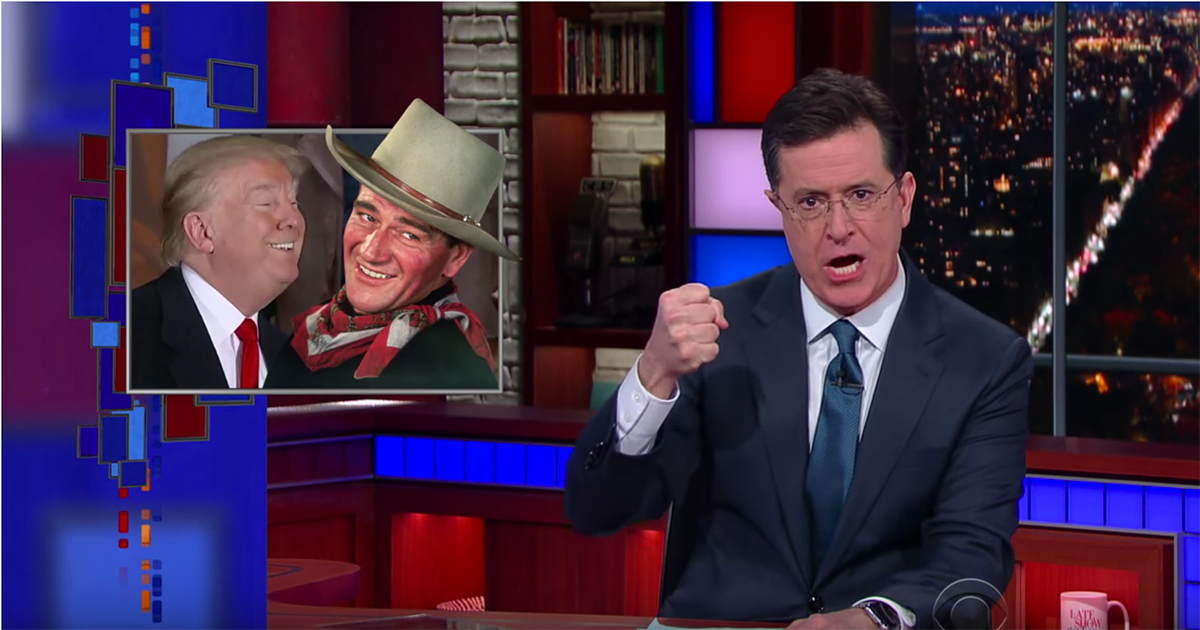 The good news is that 12 days from now, it will be four years until the next Iowa caucus. That's a welcome thought to those who are already sick of this election, Stephen Colbert reminded his "Late Show" audience on Thursday evening. The bad news is Donald Trump.

This week, Trump visited Liberty University to pander to the evangelical vote and gave a speech many comedians have mocked and mocked. "Trump loves the Bible so much he doesn't even need to read it, apparently, because he had a little trouble with one of the names of the books of the Bible 'Second Corinthians'," Colbert explained before showing the clip of Trump calling it "Two Corinthians." Like the beginning of a joke "two Corinthians walk into a bar."

"Saying 'two Corinthians' is like saying the book of job," like Steve Jobs. "The Mexicans are coming here to our country to steal our Book of Jobs," Colbert said mocking Trump.

But until now, no one has commented on his courting of the dead, white western-loving vote. Trump was also endorsed at the John Wayne Museum by John Wayne's daughter who said that if Wayne was still alive he'd be standing there endorsing Trump. "That's right," Colbert said? "With Trump's new-found spirituality, Trump has reached through the veil of death and dragged back the endorsement of John Wayne."

Check this hilarity out: