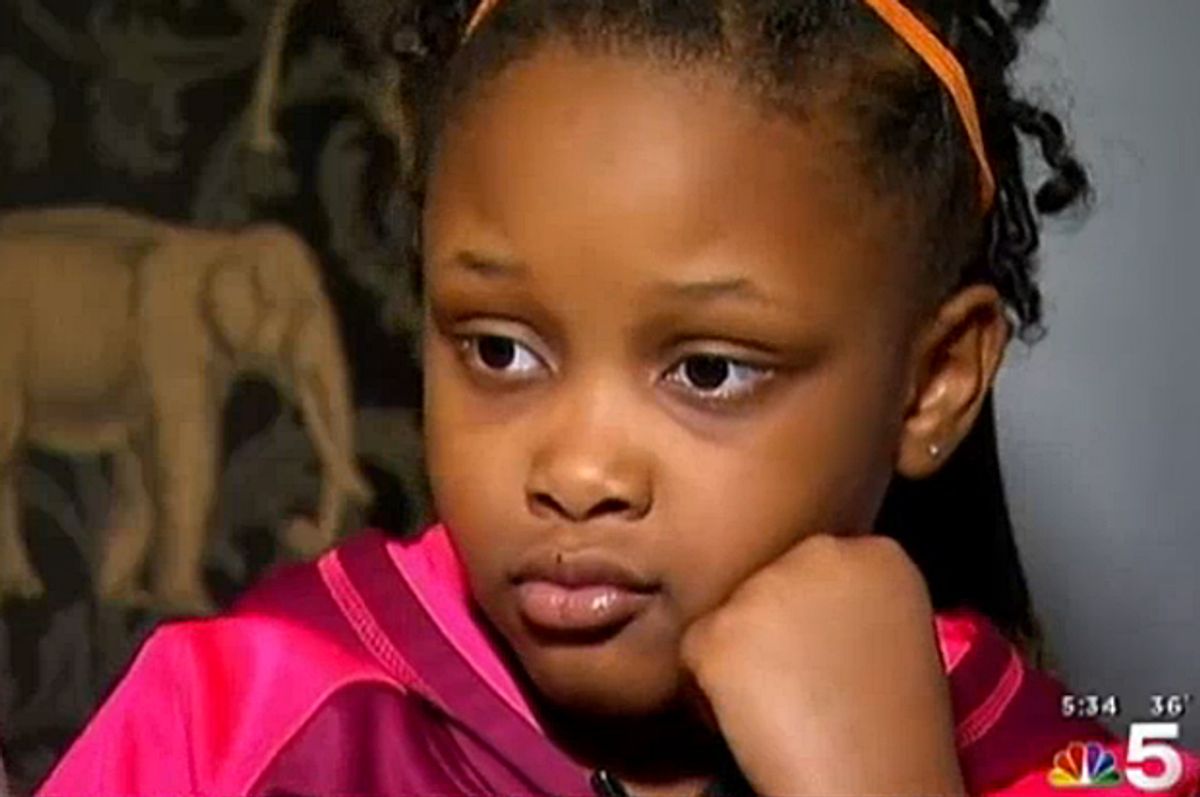 Elementary school student, Madisyn Moore was reportedly handcuffed for stealing candy from a teacher’s desk while at school on Monday, NBC Chicago Reports.

The 6-year-old who attends Fernwood Elementary in Chicago, was reportedly pulled out of her class and handcuffed under the stairs by a male teacher.

“He snatched me out of my class," Madisyn told the news station. "He made me get out in my handcuffs.”

Her mother, Marlena Wordlaw, arrived at the scene 50 minutes after receiving a phone call from the school, telling her Madisyn had gotten into trouble.

“When he pulled her from under stairs she was crying,” Wordlaw said. ”He told me ‘I’m doing my job, I’m trying to teach her a lesson.’”

The Chicago public school department has not yet made a statement regarding the incident. Although Wordlaw said the school’s principal apologized, she still plans to file a lawsuit against Fernwood, according to the news station.

“I’m more angry than anything, because it’s my only daughter. I feel like anything could have happened to her. Somebody could have touched her. She's in the dark under the stairs," the mother added.