The misery of TurboTax capitalism: How private companies give big government a bad rep

Were your taxes a nightmare this year? You aren't alone. It isn't because of government. In fact, it's the opposite 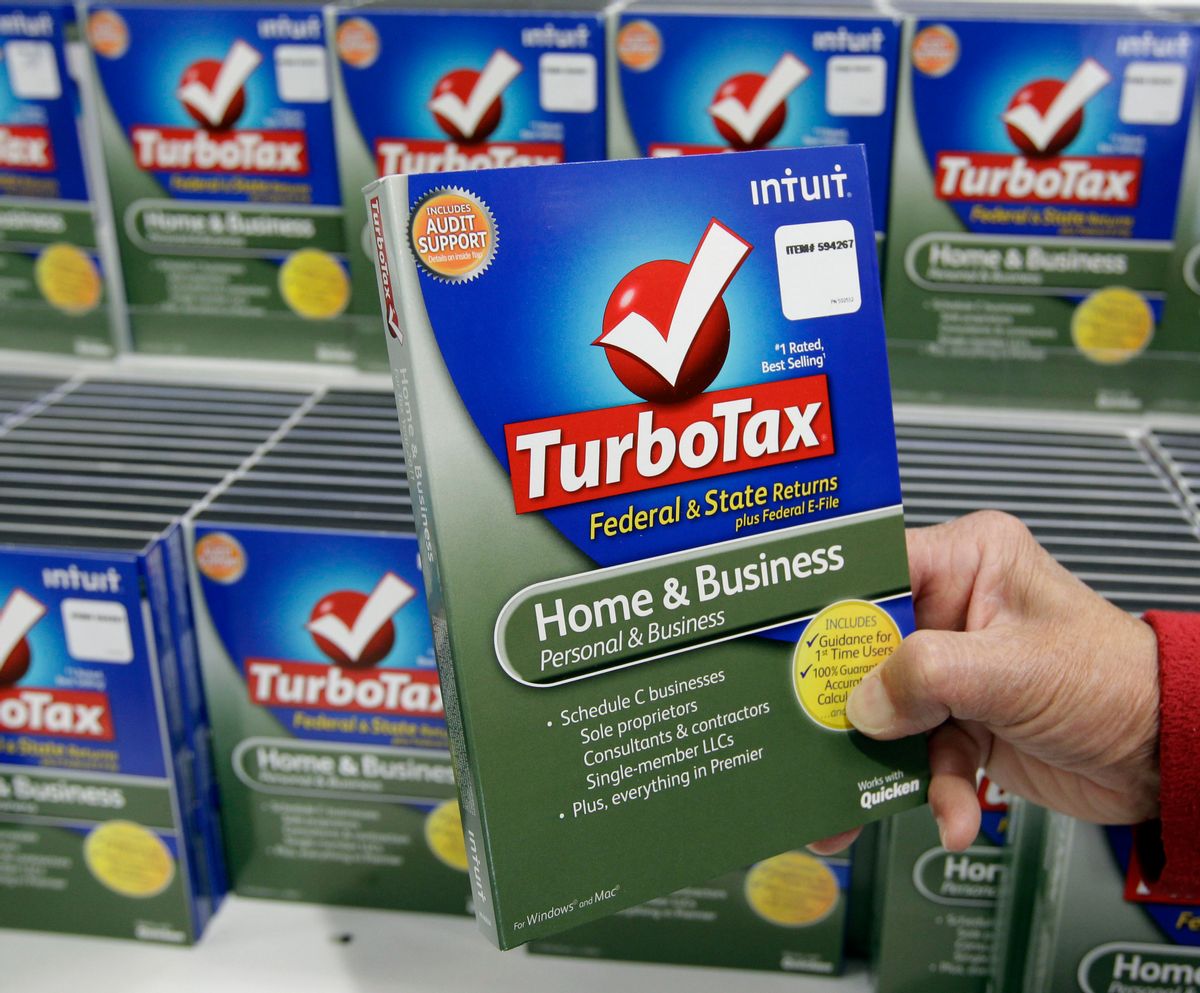 I hate paying taxes. And so, it turns out, does Donald Rumsfeld, who complains that despite his “possession of a college degree, retention of an experienced tax accounting firm, and earnest application,” he lacks “confidence that” his “returns and payments are properly completed.” He’s not alone, he writes in a recent letter to the IRS. “Millions of Americans find the U.S. tax code and the forms so complex that they will individually pay between several hundred and several thousand dollars this year to hire a professional to help them file their taxes."

I mostly agree with Rumsfeld that this “fundamental and annual civic duty” is far too “laborious and costly,” at least up to the point where he calls for a flat tax as a solution. But the letter’s arc is telling: the tax code, riddled with handouts to the wealthy and corporations, and for many requiring the assistance of the private sector to complete, is a mess. That mess, in turn, fuels anti-tax sentiment exploited by right-wing figures championing austerity for everything but Rumsfeld’s prized military-industrial complex.

Taxes, of course, are the price of living in any halfway decent society. Most Americans agree. They are willing to pay more out of their own pockets for core social programs, and support hiking taxes on the rich. According to a 2013 Pew Research Center survey, most people who hate doing taxes hate the process, not the taxes.

This year, my taxpaying experience includes, among other headaches, paying TurboTax to mediate a basic interaction with the federal government only to find out that I had to file an extension because that federal government didn’t provide me with proof that I had bought the private health insurance necessary to avoid a fine under Obamacare. And so twice I was coerced by the government into handing my money over to a private company and suffered hours of annoying phone conversations as a result.

These annoyances accrue to the benefit of those who insist that a technocratic private sector treating citizens like customers could do better—never mind that it was the private involvement that created the mess in the first place. Funneling taxpayer dollars through the citizenry to private companies is the conservative ideal for public services to the extent that conservatives believe that any public services should exist. That, more or less, is what Paul Ryan wants to do with Medicare (convert it to a voucher), what George W. Bush wanted to do to Social Security (the freedom to invest in a market that was about to crash), and what has already happened to public housing (vouchers that landlords have no obligation to accept) and public schools (sometimes vouchers and very frequently privately-managed charters). Perhaps even more brazen is the student loan industrial complex, protected against bankruptcy filings by law as states slash funding to public higher education.

Now, Obamacare has joined the IRS in becoming a horrible advertisement for big government, forcing people to buy bad and expensive private products instead of simply getting decent health coverage in exchange for their taxes (and those of more affluent people too). Though I have no idea what happened to the proof that I was insured for the few months I was on an exchange plan, there have been problems and delays with these 1095 forms around the country. When I asked a healthcare.gov customer service representative what I should do about it, he chided me trying to do my taxes so close to the deadline. His supervisor then threatened to hang up on me.

There are simple ways that filing taxes could be made simpler. Most basically, the IRS could for free do what TurboTax does to lure us into paying them a fee, and follow the lead of other countries and the state of California by using the data it collects to prepare our tax returns for us. But tax prep companies like Intuit, the maker of TurboTax, has spent a lot of their not-very-hard-earned money lobbying against the government preparing your return, as ProPublica reported in 2013. (At Slate, Helaine Olen provides a good overview of how the multi-billion dollar industry swindles the public for its time and money.)

Last week, Senator Elizabeth Warren announced a bill to have the IRS supplant TurboTax and also make something akin to California’s ReadyReturn, calling on Congress to “bowing to the interests of the tax prep industry.”

Major conservative groups like Americans for Tax Reform, supposed defenders of the American taxpayer, have rallied to back Intuit’s seat at the corporate welfare trough. Americans for Tax Reform President Grover Norquist and others have warned that “that the IRS and big spenders in Washington, D.C. want to socialize all tax preparation in America” for the sole purpose of raising people’s tax revenue. What they mean by that is this: a minimal-hassle tax payment system will further shrink the number of people willing to help Norquist drown big government in a bathtub.

“We want people to be aware of what they are paying and how much it costs," said Norquist in 2005. "The idea that one of the benefits is to reduce the psychic cost of tax filing reminds me of the argument for the guillotine, which was that it was more humane.”

When the government not only fails to attack the power of American oligarchs but abets their pillage, it fosters public cynicism and anger. This is the anger over a clearly-rigged system that Bernie Sanders and Donald Trump have channeled in two very different directions. Privately managed public services not only fail to serve citizens but give the rich an upper hand: You get to pay TurboTax; the super-rich benefit from the carried-interest loophole.

As president, Bill Clinton declared that “the era of big government is over,” to be replaced by a “smaller less bureaucratic government...that lives within its means." Clinton’s philosophy, of which his wife may be the final successful champion, foreclosed the possibility of left success by accepting the right’s premise. We need more government. But for that government to function well, the private sector must get out of the way.