Calm down about Jenny Slate's boyfriend: She isn't a teenage rom-com stereotype come to life

The Internet freaked over the news that she's dating Chris Evans, revealing tons of assumptions about women and men 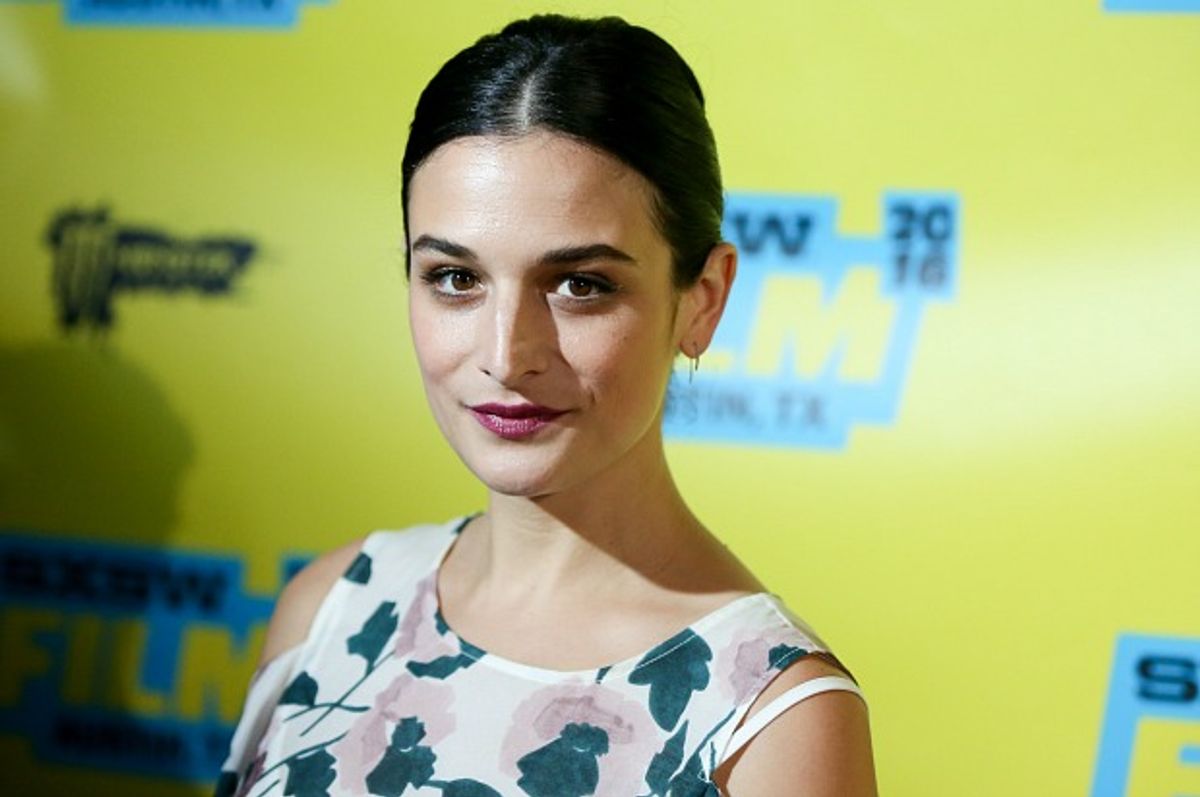 Should it really come as any surprise that a successful, smart, objectively good-looking woman could find romance with a successful, smart, objectively good-looking man? Because from the frenzy of excitement over reports that Jenny Slate and Chris Evans are dating, you'd think this was a Cinderella story of a regular gal and a superhero. Can we stop shortchanging ladies like this?

As Observer writer Dana Schwartz LOLed on Wednesday, "24 hours in and jenny slate is literally already just 'the actress who's dating Chris Evans'" — the phrase People used to describe the 34 year-old "Saturday Night Live" alum, star of "Obvious Child," author and co-writer and voice of the cutest damn thing in the world, "Marcel the Shell with Shoes On." The 34 year-old reportedly recently ended her marriage to her collaborator Dean Fleischer-Camp, and appears with Evans in the upcoming drama "Gifted."

Last month, the duo were guests on Anna Faris' "Unqualified" podcast, where Slate herself modestly admitted, "I didn't know what to expect when I met Chris. I was a little scared because I kind of felt like, Well, I don't know him. He's a giant man with huge muscles and he's Captain America. How could we ever connect? …"[But the] first night that we hung out, I was like, Wow, I could hang out with Chris for, like, 90 hours." Now, Us reports she's apparently she has since fulfilled that commitment. Evans added, "Oddly enough, I've only known Jenny for a few months, which is insane to say because we're like the same animal."

Yet despite the fact that Slate already has an impressive career of her own, headlines like People's "Who Is Jenny Slate?" and Metro's "Jenny Slate nabs herself an Avenger" would suggest she's some of totally out of left field rando who magically scored Prince Charming. This week, Mic went all in, kvelling that "The weirdo and the prom king can hook up, after all. It's happening right now, in Hollywood." And as one woman on Twitter put it, "Jenny Slate dating Chris Evan is like the moon landing for Jewish girls who like to talk about their PMS. We made it guys."

Sure, Slate is a comic performer who is remembered as the loudmouthed Mona-Lisa Saperstein on "Parks and Recreation," and Evans is literally the guy that a casting director looked at and said, "You, yes you, are Captain America." But in a world in which Rosario Dawson is considered a legitimate onscreen love interest for Kevin James while Amal Clooney could go overnight from a respected human rights lawyer to that lady George Clooney married, you can see how the story is, again and again, that even beautiful women are considered fortunate to attract the gaze of a man. Lovely Anna Faris gets to answer questions of her husband Chris Pratt like whether she's Team #FatPratt or Team #FitPratt — and says she loves to "fatten him up." Try, if you can, to picture a male star similarly cooing over his wife's non-buff status. That's because a normal looking man with a beautiful woman doesn't raise an eyebrow. A woman — any woman — with a good-looking man and it's like whoa, how did she "nab" him? In Slate's case, I'm guessing, by being awesome?

So if two adorable celebrities are having an adorable relationship, there's not much more to do than wish them well and keep in mind that Jenny Slate is totally, totally in that guy's league. Or as The Cut aptly observed this week, "Nice of Jenny Slate to Give Ol’ Chris Evans a Chance."