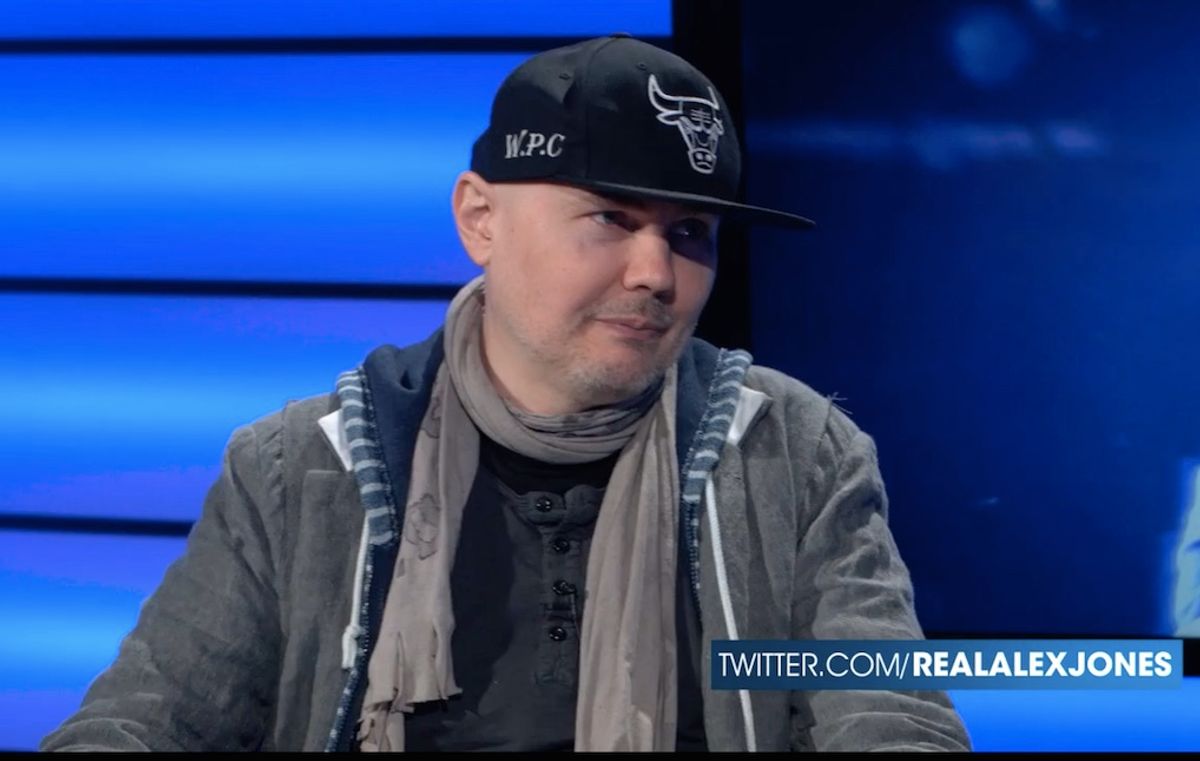 Billy Corgan had strong words for Bernie Sanders when he appeared again on the radio show of noted conspiracy theorist Alex Jones. In an interview  last month, the Smashing Pumpkins frontman spoke about "social justice warriors," being similar to the KKK. This time his focus was on politics, as Pitchfork reported.

As a picture of Sanders photoshopped as KFC's Colonel Sanders with a bucket of chicken emblazoned with the Soviet hammer and sickle played across the screen, Corgan said:

I can’t believe that we’re even having this discussion, if you can understand when I say that to you humbly. To be talking in America in 2016 about Mao is a good idea, and a socialist is running for president and that’s OK, and we’re going to go back to these kind of crazy tax rates where we’re going to completely disempower the innovators in the country because the new class, the new technocratic class wants to keep their position and they want to keep anybody else from coming in the game… I mean, it’s just crazy to me.

Corgan further expanded on his ideas about the current presidential race, including his feelings on protesters of Republican presidential candidate Donald Trump.

I have no respect for what these people are doing. I don't. They're shutting down free speech, they're shutting down processes that... I just don't get it. To me, it's antithetical to the society that I believe in. As I said on Alex's show, they're eventually going to come after me. It's just the way history works.

Corgan also spoke about the proliferation of drones, Facebook refusing to shut down pages advocating violence against Trump, George Orwell's "1984" and "Animal Farm," the importance of free speech, and more. He also emphasized that when he was talking about race and racism with regard to social justice movements, he was not targeting particular groups and that he outwardly condemns racism. Nevertheless, he expressed exasperation with the repercussions of saying a word that's politically incorrect.
"I don't care what your hashtag argument is. If you don't stand for free speech, you do not stand for America," Corgan said.