JoJo returns: "I ate 500 calories a day. It was the most unhealthy thing I've ever done." 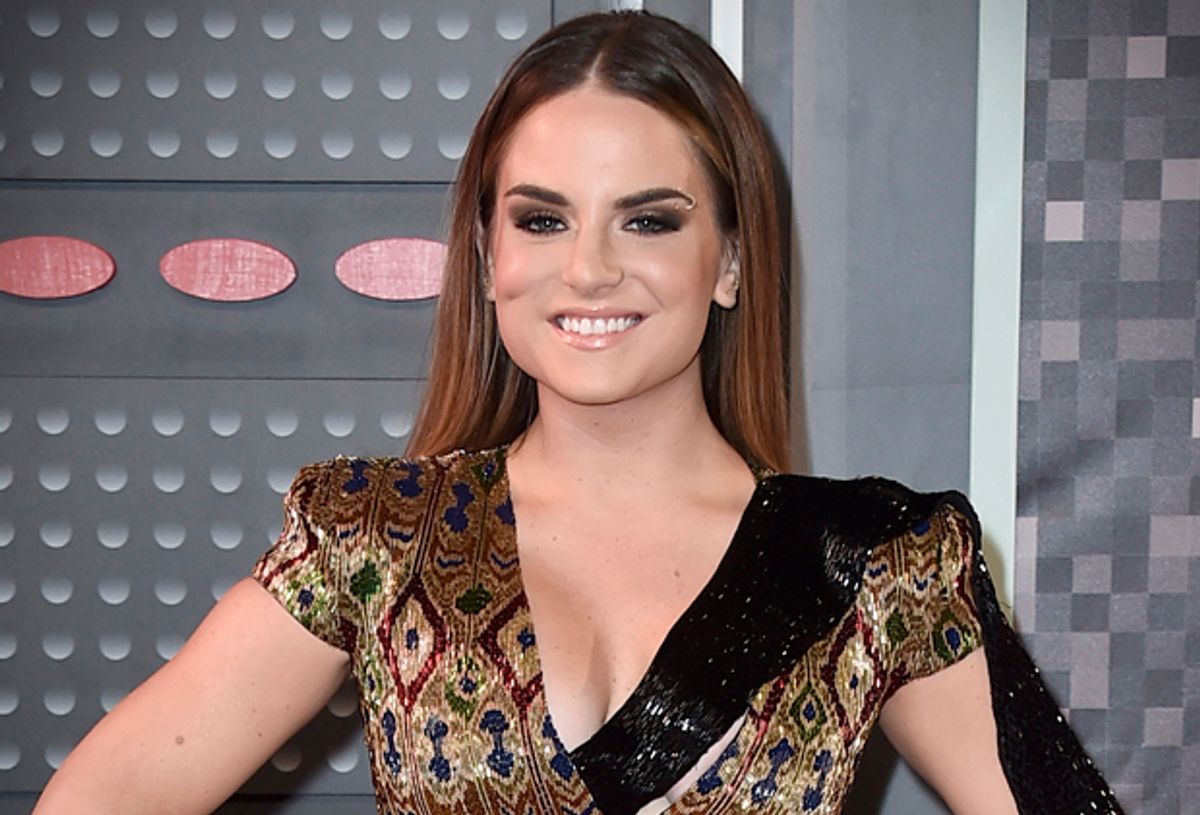 Ten years off the grid is an almost unimaginably long time in any profession, but easily none more than that of a pop star. It's a gamble even for the biggest and most confident multi-hyphenates — like Justin Timberlake, who let seven years lapse between his last two releases. And it can be a severe career crippler for big names embroiled in contract disputes, as George Michael and Kesha have learned. So imagine the what it must be like to the singer JoJo right now. To be mounting a comeback, at the age of 25. And to be speaking out, with the fearlessness of a show business veteran, of the dark underside of teen fame.

You may — especially if you were of a certain age in the early 2000s or had kids who were — remember Joanna, better known as JoJo, Levesque. After gaining national attention on "America's Most Talented Kids," she released her debut album and a briefly ubiquitous hit single, "Leave (Get Out)." She was thirteen. A second album and another hit single followed, and acting gigs in the films "Aquamarine" and "RV." She was for a time part of an overlapping wave of teen stars that included "Hannah Montana" era Miley Cyrus, Selena Gomez, Emma Roberts and the Jonas Brothers.

And then… not a whole else. She released the free mixtape "Can't Take That Away From Me" in 2010.  She did some other acting gigs, released a few singles, did some touring. She became an adult. And she sued her former label, claiming the contract she signed when she was a child had done "irreparable damage to her professional career."

Now, a decade after her last studio album, she's returning with a new album in October. Meanwhile, her new single, "F__k Apologies," featuring Wiz Khalifa,  dropped on Thursday, and she's started at the opening act on tour for Fifth Harmony. As for the new song, Billboard reports that after all this time, she's still got her "signature expressive, slightly raspy delivery" as she pointedly sings, " I would say I'm sorry if I really meant it."

Her unapologetic stance appears to have been hard won. In a Thursday interview with Popsugar, she admitted to "something that I agreed to do that ended up really messing with me psychologically" — that when she was 18, "I was under a lot of pressure with a company I was previously working with and they wanted me to lose weight fast. So they got me with a nutritionist and had me on all these supplements, and I was injecting myself — this is a common thing that girls do, by the way — it makes your body only need certain calories, so I ate 500 calories a day. This was the most unhealthy thing I've ever done. And then I gained all the weight back. I felt terrible about myself. I felt like, 'If I don't do this, my album won't come out.' And it didn't! So it's not like it even worked!"

JoJo's account of the insane pressures on young girls in show business, dismaying as it is, is not surprising. It's a horrifying show business tradition, dating back at least as far as Judy Garland, who was reportedly put on her first diet as an aspiring MGM star at the age of 14. But what's inspiring is how many are now speaking out about how insane this is. Kesha, who was signed to her contract at 19, has claimed her former producer Dr. Luke called her a "fat f__king refrigerator" and that earlier in her career she developed an eating disorder.  Demi Lovato, who was a child actress and teen Disney star, has said  she was bullied and called "fat" by other kids as a tween. She has since been open about her eating disorder and mental health struggles, speaking earlier this week at the Democratic National Convention. And "View" cohost Raven Symoné said last year on "The View" that as a child actor, "I remember not being able to have the bagel or anything at [craft services] - we call it crafty - where it's just a table of food ready for you to eat whenever you want. I remember people were like, 'You can't eat that. You're getting fat.' I'm like, 'I'm seven! I'm hungry!"'

JoJo, meanwhile, now says she feels healthy and strong. But she admits, "It's hard to to uncloud all those things and listen to yourself. That's what I've learned to do in the past few years. I had to unpack some of that damage that being on that weird diet did to me."