Soylent Coffiest is made out of green tea, people. (It really sort of is.) 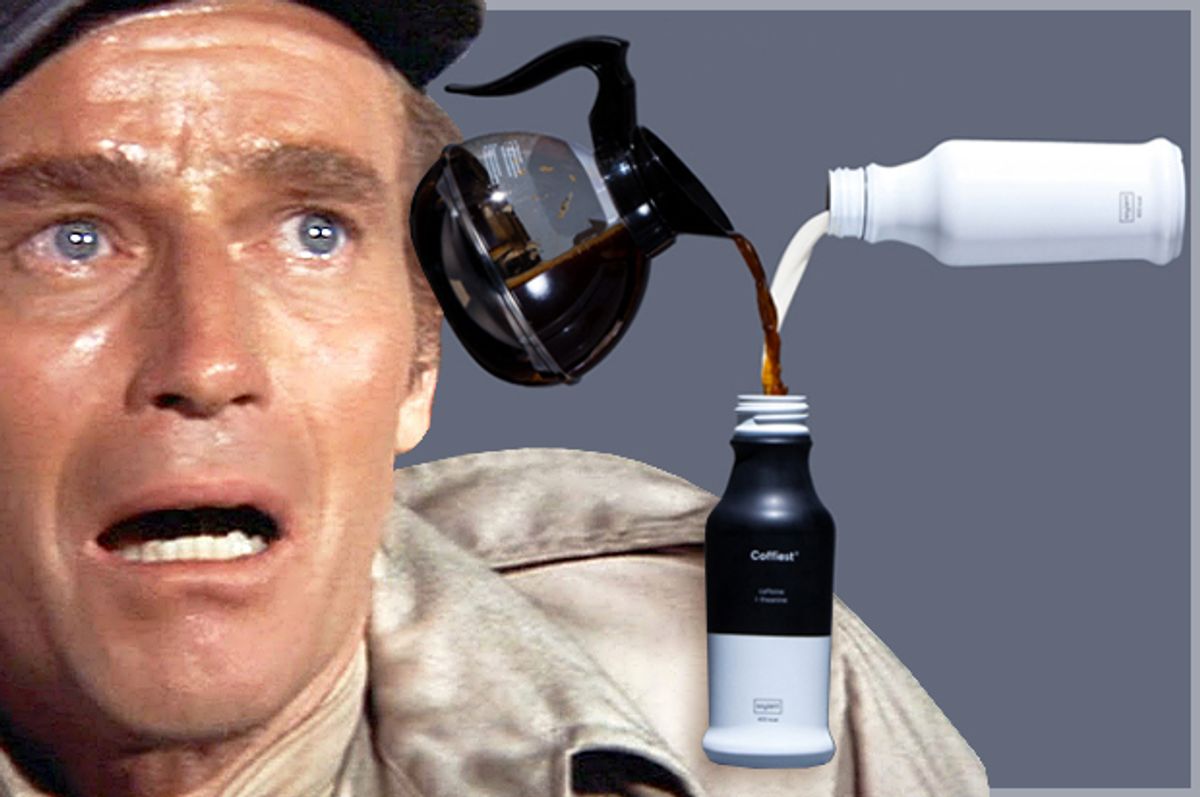 In case you’ve been too busy consuming solid food to keep up with the latest nutritional craze, Soylent is a scientifically engineered liquid meal replacement created by Rob Rhinehart. Necessity was the mother of its invention as Rhinehart, a former software engineer, found himself too busy to eat actual meals. So he decided to teach himself physiological chemistry, and created a drinkable supplement that supposedly contained everything a human being needs to survive.

The drink was quickly crowdfunded (quickly raising over $750,000) upon its release in 2014. It received support from Andreessen Horowitz, and won converts in the tech industry, where every moment spent not coding puts you farther behind in the race to build the next Snapchat.

Naturally, Soylent (yes, it’s named after the Charlton Heston movie) has been an easy target for critics — it’s been called “sperm like,” and its taste is usually described as somewhere between sweet and “non toxic Play-Doh.” This year, Rinehart made headlines when it was revealed he might face permit-related criminal charges over an abandoned shipping container he dubbed “an experiment in sustainable living.” His company however, shows no sign of slowing down.

As a food substitute, Soylent is packed with vitamins, minerals, amino acids, proteins, fats, and everything else necessary to keep functioning normally — except for the fuel many of us need most: caffeine. Enter the new Coffiest, which contains all the Soylent you love (or can stomach) with 150 mg of caffeine, coffee flavoring and L-Theanine, the amino acid found in green tea. Packages of twelve bottles are available for $39 (through if you subscribe to the liquid lifestyle, the cost drops to $37.05).

At a time when bespoke coffee culture involves spiking your brew with butter a la Bulletproof, foaming it up with liquid nitrogen, and funneling it through gadgets that would baffle even Walter White, is making a meal out of your morning joe really so strange? Even though the overly engineered nature of Soylent still leaves many feeling uneasy, a coffee drink that satisfies a multitasking audience in need of sustenance (Coffiest delivers 20% of your daily nutritional requirements, far more than your Americano) seems sure to find takers beyond the ranks of Silicon Valley brogrammers.