Trump's damage has already been done: He has nurtured a generation of racist bullies

Win or lose, Trump has inspired a new wave of racial hostility in America, and capitalized on it 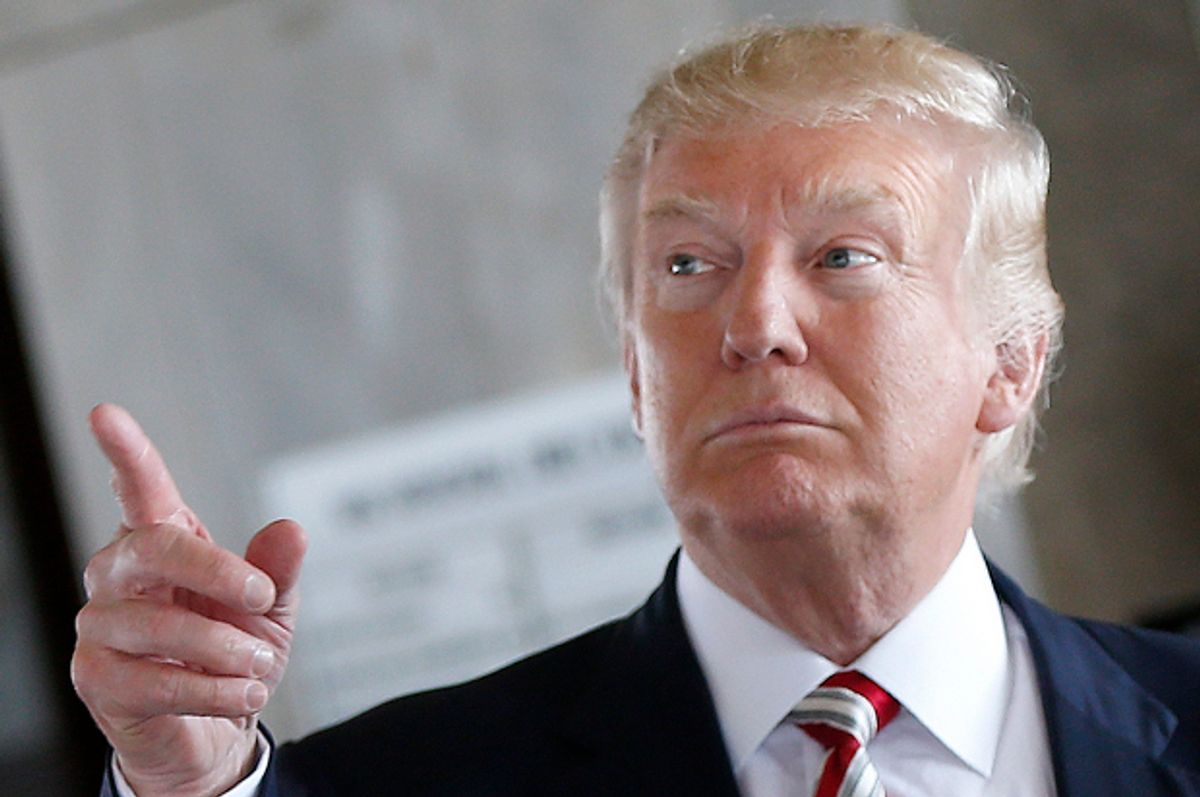 To understand precisely how Donald Trump’s presidential campaign has changed America, one need only look at a new pair of surveys. In April the Southern Poverty Law Center discovered that the Trump campaign has triggered an unprecedented wave of bigoted bullying in American schools: More than two-thirds of the teachers surveyed have had immigrant, Latino and Muslim students express fear about what will happen to them or their families if Trumps wins, while more than one-third have directly witnessed an increase in anti-Muslim or anti-immigrant prejudice.

In short, there is no doubt that Trump has both capitalized on and inspired a new wave of racial hostility in this country. The only question left is, What will happen after he is gone?

A first hint comes from looking at the last presidential candidate comparable to Trump. In the 1964 election, when Sen. Barry Goldwater of Arizona defied the GOP establishment of his time to seize his party’s nomination, his open opposition to civil rights officially intertwined the Republican brand with the cause of active racism. Although Goldwater was trounced by President Lyndon Johnson in the general election, more subtle candidates picked up his baton in future elections. Most notably, Richard Nixon’s 1968 election and Ronald Reagan’s 1980 election both involved mastering the art of avoiding overt racist statements while finding cover issues (law and order, welfare reform, states’ rights, busing) that allowed their followers to avoid the stigma of being overtly bigoted.

Although future presidential candidates will probably be more circumspect in their language than Trump has been, it’s unlikely that they’ll completely ignore the implications of the racial nerves he’s touched. Gone are the days immediately following the 2012 election, when Republican leaders recognized that they needed to increase their appeal to Latinos, women and younger people. Those demographics may be key to winning a general election, but the Republican primaries are being decided by another type of voter. The next Trump may focus on fears of Mexican and Muslim immigration, or he or she may choose a completely different dog whistle. But any shrewd (and amoral) politician will take note that coded appeals to prejudice are the wave of the future. Those who fail to catch this will risk becoming political punch lines like the early-on presumed frontrunner Jeb Bush.

Trump’s influence won’t be limited to the realm of presidential politics. As Mitt Romney astutely observed, “Presidents have an impact on the nature of our nation, and trickle-down racism and trickle-down bigotry and trickle-down misogyny — all of these things are extraordinarily dangerous to the heart and character of America.” Unfortunately, this isn’t only true of presidents. There is an intangible quality to how a campaign as electrifying as Trump’s changes the nation’s ethos. After all, Trump was a pop-culture icon long before he was a presidential candidate, a self-proclaimed embodiment of wealth and power. When a man with his prominence encourages racial divisions — and mobilizes millions to join his crusade — it naturally has a ripple effect far beyond the ballot box and halls of power.

That’s why acts of violence against Latinos, Muslims, Black Lives Matters activists and others have consistently cropped up since Trump’s announcement of his candidacy last summer. Protesters have been thrown out of rallies, members of minority groups have been beat up or spat upon, and those who speak out against Trump are subjected to particularly vile rhetoric. As a Jewish American, I can personally attest to having received more ethnic attacks as a result of my outspoken criticism of Trump than I have from any other issue I’ve discussed in my journalistic career. The bullying of children in schools has been only the most overt manifestation of what is happening among adults.

I hate to conclude on a dour note, but it’s really hard to find a silver lining here. Sure, Trump has performed a service of sorts by drawing Americans' attention to the fact that this vein of hatred still exists in this country. But the price of this knowledge is likely to be much higher than any decent person is willing to pay. America has had a problem with racism, xenophobia and other forms of bigotry long before Trump’s campaign began, and would have continued to have long after. But there was no need for those sentiments to become as intensified and toxic as they have become this year. Innocent people are suffering unprecedented discrimination and abuse — and will continue to do so — because of his words and deeds.

This will be Trump’s shameful legacy long after he has slunk away from the political spotlight.