Breaking: "I have found and befriended a lower-middle class white family": The Greatest Living American Writer

Journeying deep into the heartland by SUV, The Greatest Living American Writer became one with a forgotten people 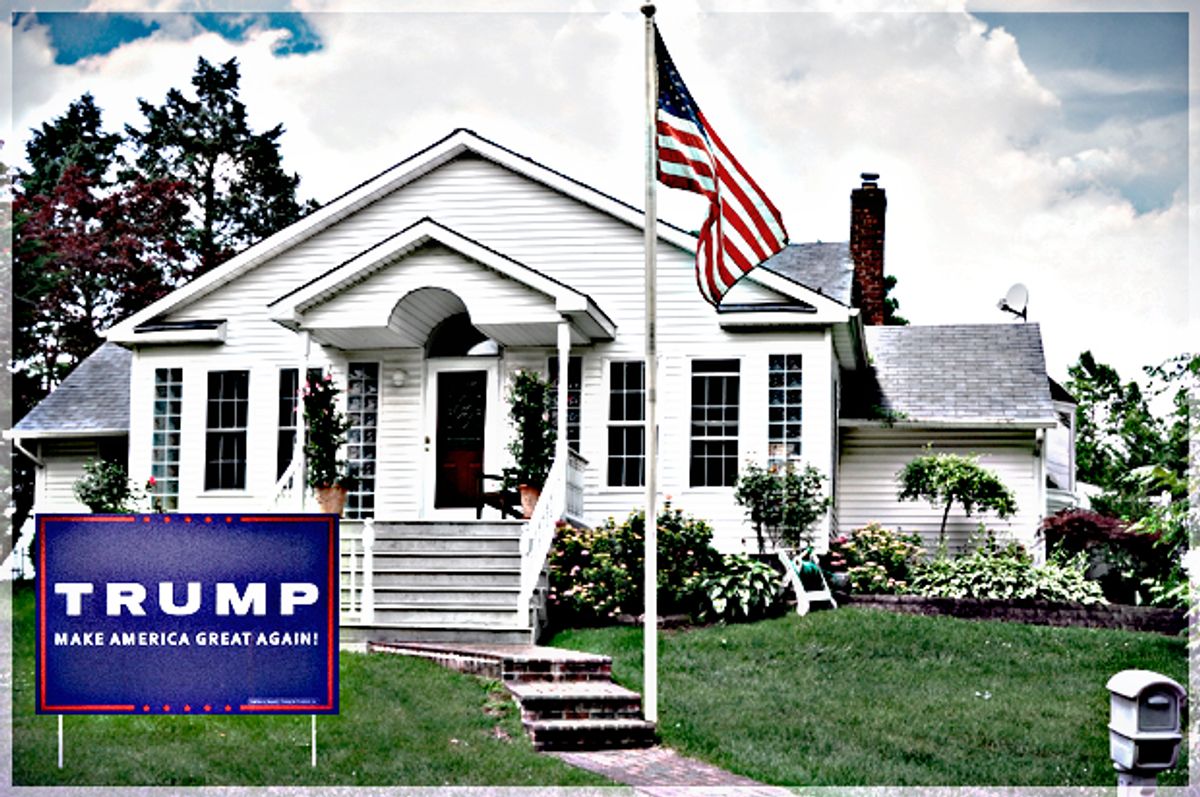 In the many uninterrupted decades that I’ve claimed the title of The Greatest Living American Writer, I’ve endlessly fought for social change via literary nonfiction. No one can forget my epic study of 1970s ghetto life, "Leon: A Man of the Streets," which caused Cornel West to call me a “righteous brother of the revolution." I wrote the groundbreaking trilogy about the early days of the gay rights movement, "Just Before Stonewall," "During Stonewall" and "Slightly After Stonewall, and the Pulitzer-sweeping 1983 book on living with Southeast Asian refugees, "Among The Hmong." As the beautiful Isabel Allende once said to me as we made love in a hammock at our Uruguayan costal retreat, “No one understands the forgotten like you do.”

That said, there remains one group that, until now, I have neglected: lower-middle-class white people, the people’s people, the first people. They have been abandoned by modernity, swept away by an economic reality that doesn’t care about them or their children or anything else, for that matter. They rot in their moldy hovels while we sip Kir Royale cocktails and laugh. It isn’t right.

I vowed to correct this grievous, gaping wound in the corpus of American journalism, and to do a better job chronicling them than pretenders like George Saunders, Dave Eggers and everyone else who purports to write an elegy for America’s hillbillies. Who, I’ve often wondered, will smell the people? The answer is me, and only me.

To prepare for my journey into real America, I drove a camouflaged truck through 6-inch-deep mud. I wore an anti-Hillary muscle shirt that read “This Bitch Don’t Hunt." I shot a kerosene-filled barbecue smoker with an assault rifle and arm wrestled a Iraq War veteran forklift operator while eating a fried pork chop. Only then was I ready to meet a real lower-middle-class white American family.

My subjects are the Golicksons, Steve and Susie and their three sons, Tyler, Taylor and Tucker. They live in a wretchedly bland split-level home in a suburb of Savitt, Ohio, a small town on the border of Kentucky, but also near Indiana and maybe rural Illinois or a couple of other states. I’m not quite sure; I’d have to look at the map.

Susie toils nearly 45 hours a week, an inhuman schedule, as an assistant administrator of human resources, personnel distribution management and digital transportation systems at a health care-industry supply and management firm, which sounds heart-wrenchingly awful. Steve works in oil, coal and toxic waste. When I ask him about his job, he says, “I wouldn’t mind quitting to open an ice cream store. I’ve always wanted to do that. But who has the time?”

There is no more ice cream in Steve’s America, and there are no more stores. What will be left for Tyler, Taylor, and Tucker?

I go to the Golicksons’ house for dinner. They look at me shyly, not knowing exactly what to do with the reporter wearing a flat-brimmed “Git R Done” baseball cap. But the hat is my way of letting them know that I understand how they’ve been left behind by the American Dream’s false promise of inexpensive dentistry for all. These are people who’ve never eaten sushi that’s not from a grocery store. That is, to me, a fate unbearable.

As we sit down to a platter of a disgusting casserole, the conversation quickly turns to politics.

“That Trump sure does speak his mind,” Susie says. “And I like it!”

“Are you voting for Trump?” I say.

“Why the fuck would you do that?” I ask. “He hates women! Are you an idiot or something?”

“We try not to curse around our children,” Steve says. “And we try not to insult my wife.”

This comment scares, fascinates and repels me. But it makes me pause and take stock. I write, “Hmmm, very interesting” in my notebook. Is this how real Americans think?

“My daddy says that Trump is the guy who will get the blacks to know their place!” Tyler, age 9, says.

“Yes you did,” Tucker, age 11, adds, helpfully. “You said that black people only know how to kill.”

“Kids mishear things,” Steve says. “I’m not racist or anything.”

“Of course not,” I say. “I understand. In these times of globalization and free trade, it can be hard for simple folk who’ve been left behind. America has broken its promises to those who need it most.”

“My daddy thinks gay people should go to jail if they get married!” says Taylor, age 8.

Already I feel a deep bond with this lower-middle-class small-town white family. We look at one another in recognition of our mutual humanity. My heart is warm and full. This, I realize, is immersive journalism at its finest.

“I admire you lower-middle-class white people so much,” I say to Steve.

“We went on vacation to Hawaii two summers ago,” he says.

“You keep telling yourself that, pal,” I say.

I marvel at the strength and resilience of these true Americans. We cannot be afraid of them just because they support Donald Trump. They are just like you and like their neighbors and also, to some extent, like me. As Steve Golickson says when I leave his house for the first and final time, “Remember to write about the Mexican rapists who are coming across the border to take our jobs.”

He winces when I give him a man hug. As I drive away in my rented GMC Sierra Denali Acadia Wrangler "These Colors Don’t Run" Florida-Georgia Line Special Edition All Terrain 4X4, I take one last gaze at my new friends, this lower-middle-class white family. My eyes fill with tears. At last, I’ve told their story. Once again, I’ve succeeded in penetrating deep into the moist core of an American subculture. And that’s the only thing that matters.