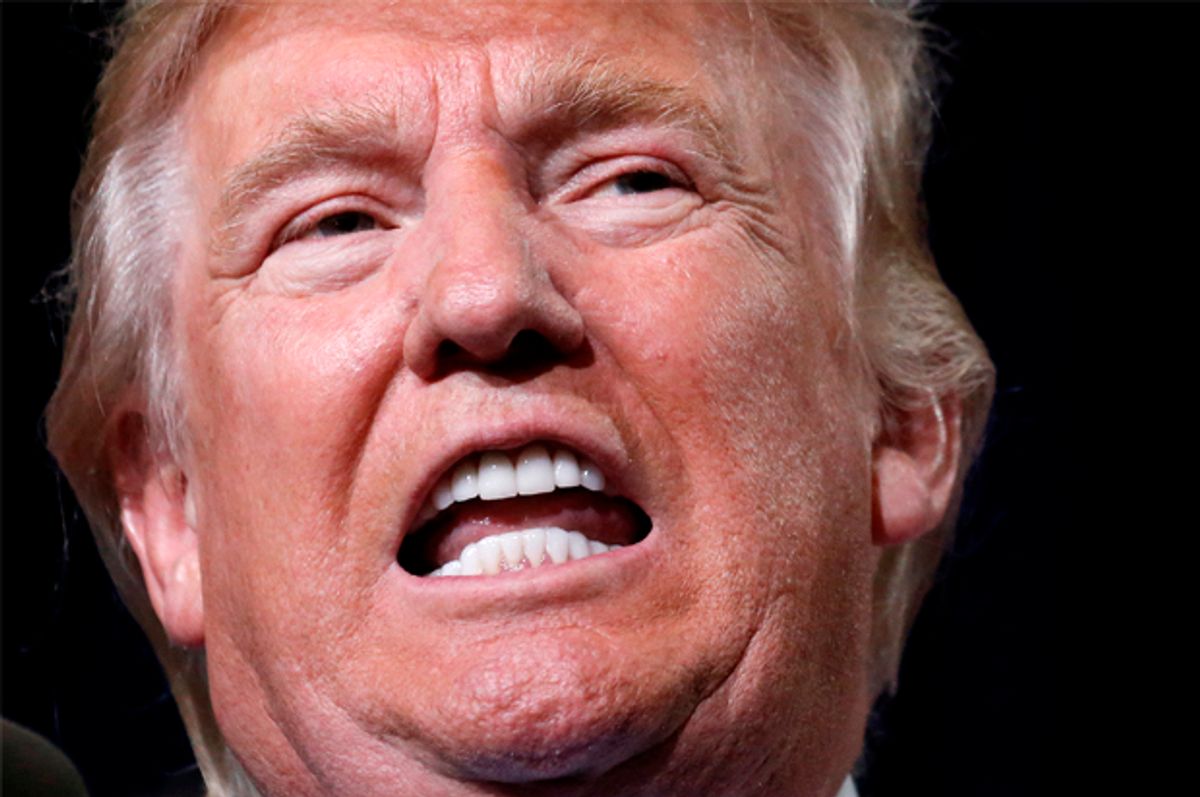 Democratic presidential nominee Hillary Clinton is a former United States senator and secretary of state with decades of experience as a public servant. Republican presidential nominee Donald Trump is a real estate developer and reality TV star. He has never held public office. According to new national polling data on the 2016 presidential campaign, Clinton and Trump are in a virtual tie. How did this happen?

There are many reasons. Primarily, both candidates are viewed negatively by large segments of the American public. The U.S. economy has also experienced a relatively anemic recovery (in terms of wages and wealth) from the Great Recession of the George W. Bush years.

Furthermore, the American electorate is highly partisan and polarized. As Election Day in November approaches — and despite whatever misgivings voters may feel — it is much more likely than not that individuals will solidify their support for their political party’s chosen candidate.

These foundational factors have combined to create a close presidential race.

The American news media, much of it owned and controlled by large corporations, has also played a significant role in keeping Hillary Clinton within reach of Donald Trump.

Donald Trump is an atypical presidential candidate who has utter disregard for the standing norms of American politics and even less respect for the Fourth Estate. This has allowed him to outmaneuver and manipulate many journalists and pundits. They feel beholden, or perhaps enslaved, to norms of “objectivity,” “fairness” and “balance." Trump feels no such limitations.

By some estimates, the American media has given Trump at least $3 billion worth of free coverage. The 24/7 cable news cycle and the media's corporate culture have fueled an obsession with creating a “horse race” and a willingness to massage, distort and misrepresent events in order to sustain that narrative. For example, the media continues to manufacture “scandals” about Clinton’s emails while ignoring or underplaying Trump's misdeeds, from the buying of political influence and various documented acts of political corruption to his encouragement of election tampering by a foreign power, his questionable business practices and other instances of unethical behavior.

The sum effect of these dynamics (aided by no small amount of cowardice among the pundit classes) is that the American corporate news media has buttressed and legitimated Trump. In all, this amounts to grading on a curve. Hillary Clinton is an A student being held to an impossibly high standard and punished for minor mistakes. Donald Trump is a D student, at best, who is being marked up to an A minus because the teacher is afraid of his parents.

The impact of white racism and racial resentment on American politics also plays a large role in explaining why Clinton and Trump are so close in the polls. Donald Trump is a racist, a bigot, a nativist and a fascist. The Republican Party in the post-Civil Rights era has become the United States’ largest de facto white identity organization. It also attracts white authoritarians. Trump’s selection as the Republican Party’s 2016 presidential nominee is the nearly inevitable outcome of almost five decades of the “Southern strategy” pioneered by Pat Buchanan in 1968, as well as a broader right-wing electoral politics that is based first and foremost on mobilizing white voters and demobilizing nonwhites.

Moreover, despite the media’s discussion of the so-called alt-right, which is little more than an ideological smoke screen, Trump and his supporters are not outliers or aberrations in the Republican Party. They are its unapologetic base and its political id. Right-wing elites may be turned off by Trump’s lack of polish, but his core message, attitudes and values resonate among mainstream Republicans. This gives Trump a deep reservoir of preexisting support.

In some ways, Trump began his 2016 political foray in 2011 with the racist conspiracy known as “birtherism.” Five years later, 72 percent of Republicans still express doubt that Barack Obama was born in the United States.

During the Republican campaign, Trump proposed banning all Muslim noncitizens from entering the United States. Seventy-one percent of Republicans supported it.

Social scientists have demonstrated that “old-fashioned” racism is resurgent in America and can now be used to predict whether a given white voter will support the Republican Party. Anti-black animus is also highly correlated with hostility to Barack Obama. Other work has demonstrated that racial animus has a “hangover” effect that can impact a given white person’s attitudes and beliefs about ostensibly race-neutral policy issues, like public transit and infrastructure projects, which may be perceived as benefiting blacks.

The ascendancy of Donald Trump has also empowered white supremacists and other hate groups to bolster their recruitment efforts. The Independent reports that white nationalist groups are growing at a higher rate than ISIS, at least in terms of social-media presence.

These are abstract facts and the results of social science research. They are essential and extremely important. The passions and rage that Donald Trump has summoned, however, also help to explain why he is able to be so competitive with Hillary Clinton.

Trump is the beneficiary of a populist moment of discontent in American and global politics. While Bernie Sanders’ progressive version of populism was inclusive, cosmopolitan and forward-thinking, Trump’s populism appeals to racism, tribalism and reactionary thinking. Trump is also a political necromancer, deftly skilled in manipulating white conservatives’ anxieties and fears of both generational and cultural obsolescence.

This political moment and broader atmosphere has resulted in some ugly events. Trump supporters have attacked and beaten immigrants. Violence against protesters at Trump rallies has become commonplace. Several weeks ago  a Trump supporter stabbed an interracial couple at a restaurant in Olympia, Washington. White supremacists have been emboldened by Trump’s rise to power in the Republican Party. They openly attend his rallies and other events and see him as a champion for their cause. In August a white supremacist killed a 19-year-old black teenager by running him over with a vehicle. Trump has embraced the implicit racist sentiment channeled by “All Lives Matter” and has described Black Lives Matter members as thugs and criminals who are a threat to public order. Paul LePage, the Trump-like governor of Maine, recently suggested that blacks and Latinos were the “enemy” of police and deserved to be shot.

While many political observers like to pretend that the racially toxic civic atmosphere that spawned Donald Trump’s takeover of the Republican Party was an unexpected surprise, it was foreshadowed during Barack Obama's first presidential campaign in 2008. While this factor may seem almost irrelevant at the end of his two successful terms in office, it is estimated that white racism cost Barack Obama 3 to 5 percentage points in the final presidential vote that year.

Obama’s election spawned a vicious reaction on the right. Racially resentful white conservatives flocked to the Tea Party faction. To undermine Obama’s constitutional powers, congressional Republicans refused to follow through on basic responsibilities of governance (such as raising the debt ceiling so that the government could continue to operate). Right-wing media outlets made increasingly inflammatory, racist and bizarre claims about the country’s first black president. Movement conservatives and the broader Republican Party openly discussed a second American Civil War with overtones of Southern slave owners' beliefs in their right to “nullification” and “secession.”

At its core, politics is a struggle over resources and values. These struggles and their outcomes can be described as “push and pull factors,” “continuity and change” or “thesis and antithesis.” Political struggles, even in a democracy, do not usually result in a type of equilibrium where all parties benefit equally. Shorter version: There are winners and losers.

Donald Trump has been made competitive with Hillary Clinton because of a complicit media, the structural and institutional features of America’s two-party system and political culture and the power of white identity politics and racism. This will get Trump close to the finish line but not over it. Clinton has substantial leads in crucial swing states, and many more paths to victory in the Electoral College. Ultimately, Donald Trump burned all his racist, nativist and pseudo-fascist fuel in order to reach political orbit. He cannot sustain his altitude and will soon come crashing down. The question then becomes who gets caught in the political conflagration and what level of collateral damage will follow.