The media is shamelessly misleading the public about who's to blame in D.C. over the stalled Zika bill 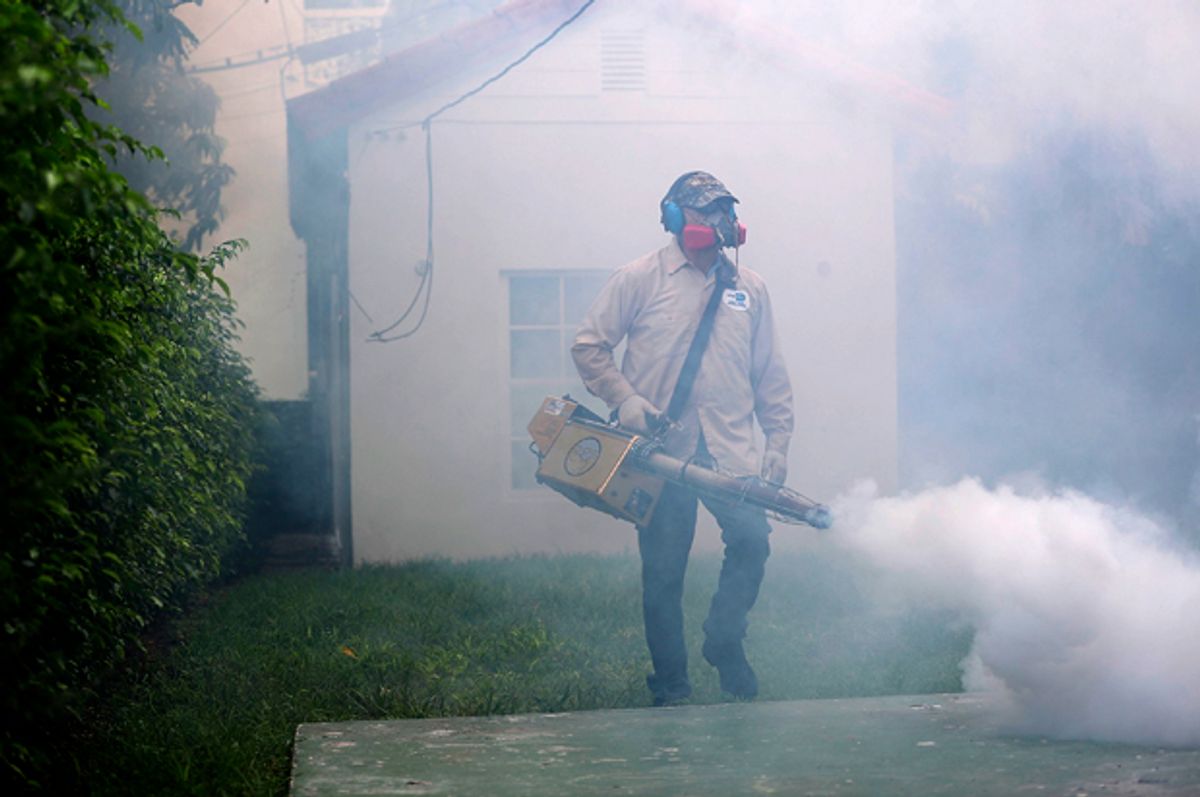 What liberal media? Nowhere is the false balance of mainstream media reporting more apparent than in coverage of the relentless Republican obstruction in Congress.

This is false. Democrats are happy to support funding the Zika fight, which might soon run out of money for crucial measures like mosquito-control programs in Puerto Rico. It is Republicans who have made Zika funding the latest hostage to their crusade to defund Planned Parenthood.

Balance is often false because facts have a bias. Sometimes, reporters try to split the baby, suggesting that both parties have equal blame for gridlock even when this is untrue. (From June: “Whichever side is more to blame, it was clear that no new government funds would be approved to fight the Zika . . .”). In this case, however, The Times is apparently accepting the Republican premise that stigmatizing reproductive health as something other than a basic part of medicine is somehow related to Zika. It’s not.

According to the relevant experts at the American Congress of Obstetricians and Gynecologists, reproductive health should be considered a basic feature of normal health care. What’s holding up the passage of Zika funding is that Republicans want to ensure that it’s not.

As has been long the case with the news coverage of issues like global warming, government shutdowns and voter identification, reporting on the politics of reproductive health shoves expert opinions to the sidelines. Instead, it not only gives readers the false impression that all sides are putting forth an opinion that has equal empirical weight but also fails to honestly evaluate the nature of the conflict at hand. I get that the Times can't assert as fact that the anti-abortion movement is a wrongheaded and religiously inspired effort to control women's bodies in its news section. But the Times can make it clear that it is Republican opposition to abortion and Planned Parenthood that is holding up Zika funding and not Democrats.

Journalism about politics becomes reduced to theater criticism. Stagecraft is no doubt a critical part of all politics but reporters too often fail to probe below the surface. As Charles Homans wrote (in the New York Times Magazine!), “For avowedly nonpartisan and nonideological reporters, examining the substance of a politician’s beliefs and policy views is a professional minefield: The more deeply they venture into it, the more open they are to accusations of bias.”

About Zika, the Times reported, “Democrats regard any restriction on Planned Parenthood as setting a dangerous example, and they have shown they are willing to risk looking as if they are blocking funding for a public health crisis to prevent that precedent.”

Gee, I wonder where the public might get such an idea.

The result of reporters refusing to cover substance, Homans continued, is the obsession over “the gaffe,” which functions as “a safety mechanism” to move “a statement from the realm of substance to the realm of performance and strategy — allowing the reporters to critique it without incriminating themselves professionally.”

Instead of asking, “What are the facts?” the question becomes “How will this play?” But members of the media obscure the fact that they are the ones doing the playing. Too often, reporting focuses on how the media will interpret and frame a debate while obscuring the fact these very stories are what's shaping the interpretation and framing.

With Zika and Planned Parenthood, as usual, there are two competing narratives but one is wrong. The project to stigmatize reproductive health care has nothing to do with funding the fight against Zika, and The New York Times can report just that in its news section without slipping into the feared territory of editorial bias. But whatever. As former Times national editor Sam Sifton once insisted,  “It’s not our job to litigate it in the paper. . . . We need to state what each side says.” Even if one side is objectively wrong.