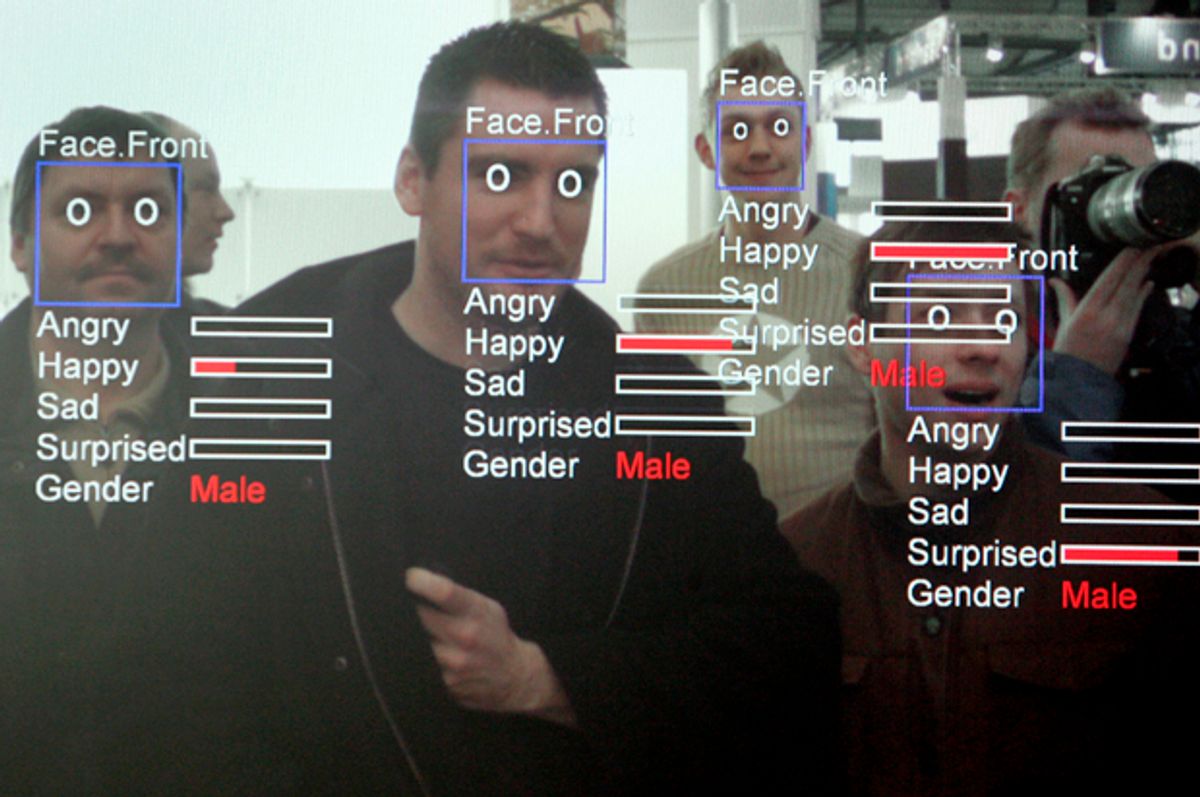 If you’re reading this in America, there is a 50/50 chance that your face appears in a police database.

According to a report released on Tuesday by the Center for Privacy and Technology at Georgetown University, law enforcement databases contain facial recognition information on more than 117 million Americans, approximately half of all the adults who live in this country. It also discovered that police in more than half of all states can search against the photos stored for government IDs like drivers’ licenses, while at least a quarter of local and state police departments have access to a facial recognition database.

"Face recognition is fundamentally changing the way not just how police interact with the public, but whether and how individuals act in public space," explained Neema Singh Guliani, who works in legislative counsel with the ACLU on issues involving surveillance and privacy, during an interview with Mashable. Alvaro Bedoya, who helped co-author the report, specifically brought up the possibility that the software would exacerbate issues of racial profiling. "Because African-Americans are more targeted by law enforcement, it's more likely this technology will be used on them," Bedoya explained to Mashable.

In addition to Bedoya, the report was co-authored by Clare Garvie and Jonathan Frankle, all of whom teach at Georgetown Law School.

There has been controversy surrounding the use of this technology in the past. Sheriff Joe Arpaio of Maricopa County, Arizona got into trouble for downloading the driver’s license and mugshot of every resident from Honduras, while a study co-authored by a senior FBI technologist discovered that three facial recognition algorithms designed in the United States performed 5-to-10 percent worse on African Americans than whites.