Breaking: "James Comey will find almost nothing felonious in my emails with Hillary Clinton!": The Greatest Living American Writer 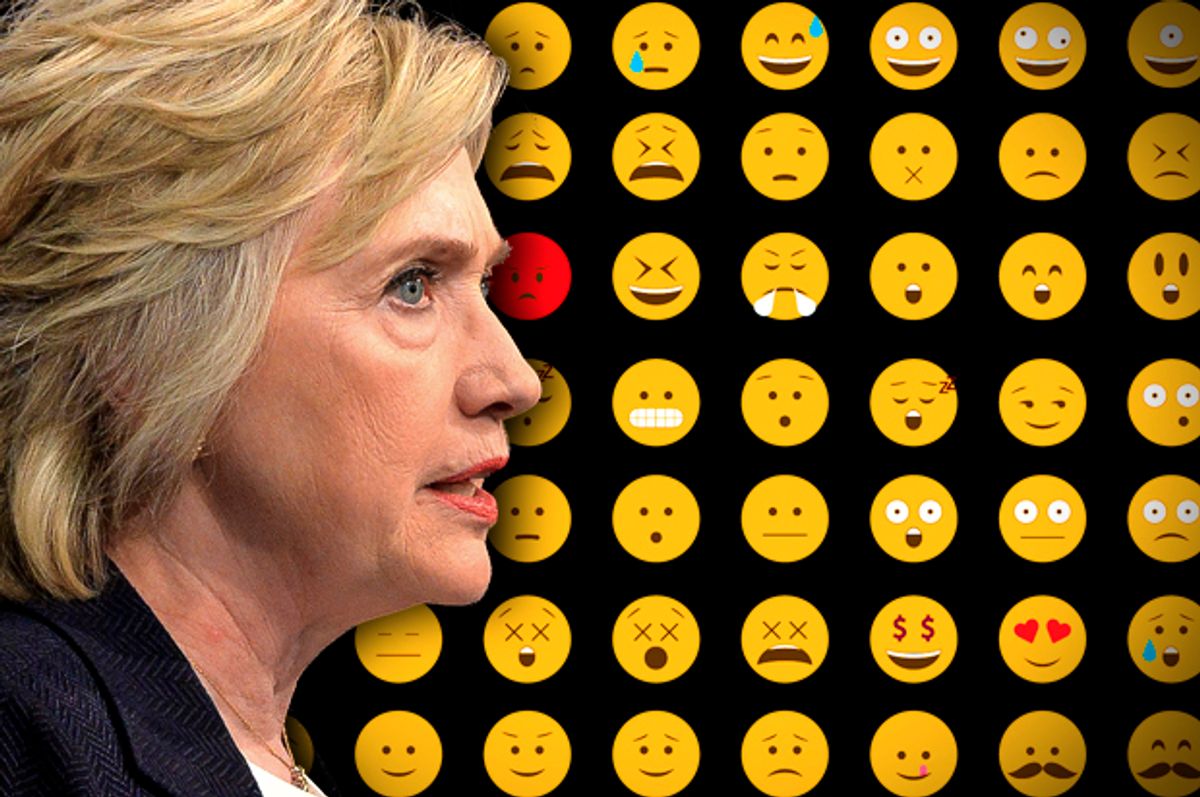 I’ve been a close personal friend and adviser of the Clinton family for nearly 30 years. As an intellectual linchpin of elite Democratic thought, I have often been called on by the Clintons for my literary talents during moments of extreme need. We have developed a close friendship that cannot be torn asunder by petty scandal.

At Renaissance Weekend night parties, I often sat in with Billy Joel and James Taylor to perform Maya Angelou song-poems in front of Bill Gates. I enjoyed many special expensive nights in the Lincoln Bedroom. Bill and Hillary are among my closest friends, and I one of their most trusted advisers, as I am to the entire Democratic elite, that elitist of elites.

I mention this for a reason: There are personal emails between Hillary Clinton and myself on Anthony Weiner’s computer. I might as well say it now and get out ahead of the news cycle. How did my email correspondence get on Weiner's laptop? That is for James Comey's discovery process to figure out. Let’s just say I had to clean the keyboard with wet wipes.

Process aside, I’m releasing the emails right here, in interest of transparency and in the hope that they humanize Secretary Clinton, showing not only what incredible taste she has in literature, but also what a kind and generous friend she is, even under the toughest circumstances. Any influence that this release might bring to the presidential race is completely accidental.

Hey Neal, Huma told me you were in town. Are you trying to get another book deal? I could hook you up with my publisher, who scored me an $8 million advance. Maybe we could get together. I know a great raw bar and will bring my own hot sauce! Let me know, we can talk about "Game of Thrones." No spoilers!

Hills, darling, I would be so pleased to see you. I would most definitely like another publisher as my current one says that they can no longer afford to put out novels by a writer of my caliber. As for "GOT," I will not say anything about the show to you, Mother of Dragons, other than Arya’s really got herself in a mess this time. How go the presidential machinations? Any secret plans that you are trying to hide from the American people? LOL.

Ha ha, you are funny. No, no secret plans, just putting together a foolproof campaign that will bring the American people together once and for all. In any case, I think your publisher is crazy. I absolutely LOVED your novel about the 1996 campaign, "The Hillbilly Bachelor," even though it portrayed me as a shrill, clueless powermonger. But your facility with the bon mot won me over. Bill and I can never stay mad at you for long.

If you don’t want to go out in public, you can always scoot up to Chappaqua. I can make you my spaghetti carbonara, I’ll be here just catching up on paperwork, not doing anything important. Let me know.

There you can see what a kind and forgiving soul Hillary Clinton can be. Also, judging by her compliments of my work, she is a woman of astounding taste, good judgment and patience. Can there be any question about how imperative it is to place a person of this caliber into office? The national conversation, in which I will play a grand part upon her election, must continue. But there are more emails, equally revealing.

Hillary, thanks for dinner the other night. The carbonara was terrific! Your tableside impression of Henry Kissinger was simply priceless. Words Against Humanity, wow, what a hilarious game!

I got the recipe from Chelsea, and it is great! Did you see "The Voice" this week? I have to admit I have a little crush on Adam Levine, LOL.

This woman, who soon will rise to the top of the political mountain like a golden, genius angel, holds the key to America’s happiness in her experienced hands. And she will definitely bring along her best advisers, her most trusted novelistic voices or the journey. That is why these emails matter, for they burnish the reputation that will restore the republic.

Hey, Hillary, just wanted to say that I really enjoyed your performance in the Benghazi hearings. You stood up to those guys very presidentially. I am proud of you! You did nothing wrong regarding Benghazi. A pox on your tormentors, I say. What have I been up to, you may ask? Well, I am almost done with the English translation of my Neapolitan novels, which I wrote under the pen name Elena Ferrante.

Thanks, Neal. Those Italian novels sound great! By the way, please don’t send me emails titled “Benghazi.” We wouldn’t want anyone to get the wrong idea JK.

My friend Hillary Clinton has nothing to hide, nor does she need to apologize. She speaks plain English, the queen’s English; she is not a “nasty woman.” She is, in the words of the great Louis C.K., “a tough bitch mother” who will be a worthy inheritor to the political mantle of the funk soul brother. Let the national integrity stand upon the rock of our email correspondence.

Hillary, I repeatedly saw on CNN that you have pneumonia. But I know that you are strong and have overcome far worse. People are even saying that you had a body double LOL!

Know that I am with you and will remain with you all the way through your third term. Please call on me at any time to perform any role in your administration that will be required. I can be your Richelieu, your Thomas Cromwell.

Where did you hear about the body double?