Of course Milo Yiannopoulos and Chuck C. Johnson would show up at Donald Trump's victory party 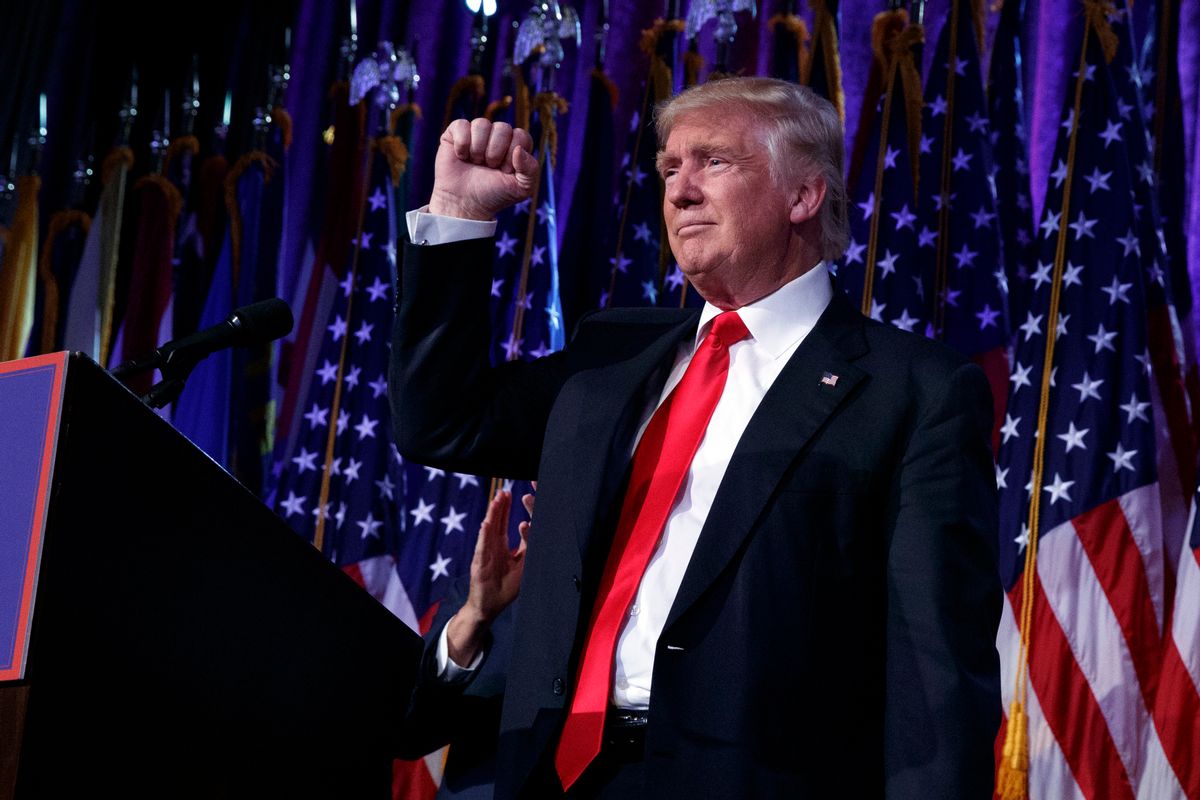 Donald Trump is president-elect, and surprisingly, for a campaign that has been so vitriolic, the reactions from Trump headquarters and among Trump supporters were somewhat subdued.

This isn't to say that it wasn't ugly, just that the violence and beyond-the-pale rhetoric many feared was conspicuously absent. Although audience members at the midtown Manhattan Hilton ballroom occasionally chanted "Lock her up!" Trump's conciliatory victory speech seemed to both capture and define the mood among Team Trump that night.

“American progressives should be thanking their lucky stars that Donald Trump is the worst thing that happened," said Breitbart troll Milo Yiannopoulos, according to Politico, "because you have been lying to and about people for decades."

Matthew Sheldon, an associate at the PR firm AMW PR who was accompanying Milo, struck a more welcoming note after initially denouncing reporters who covered Trump by yelling,  “You blew it. The corrupt media couldn’t change this election.”

Sheldon added, “We hope that Hillary and the Democrats help to heal. I will tell Donald tomorrow we need to reach out to Hillary and work together.”

Chuck C. Johnson, another proud internet troll, viewed the events of tonight as being proof that "the trolls won," that this was an election of "the comment section against the article," that people like Johnson had "memed the president into the Oval Office," and that their goal now was to "hunt down the cucks."

Some other thoughts from Republicans and Trump supporters.

Congratulations to the next President of the United States, @realDonaldTrump. 'We The People' have spoken.

The people have spoken. They chose a new direction and different leadership. Respect them. Come together. We live in a wonderful nation. 💗🇺🇸

Congratulations @realDonaldTrump the next POTUS. Also congrats to every American who refused to be influenced by an abusively biased media!! — Sean Hannity (@seanhannity) November 9, 2016