After being caught cheating on emission standards for a second time, Volkswagen announced it will trim it workforce 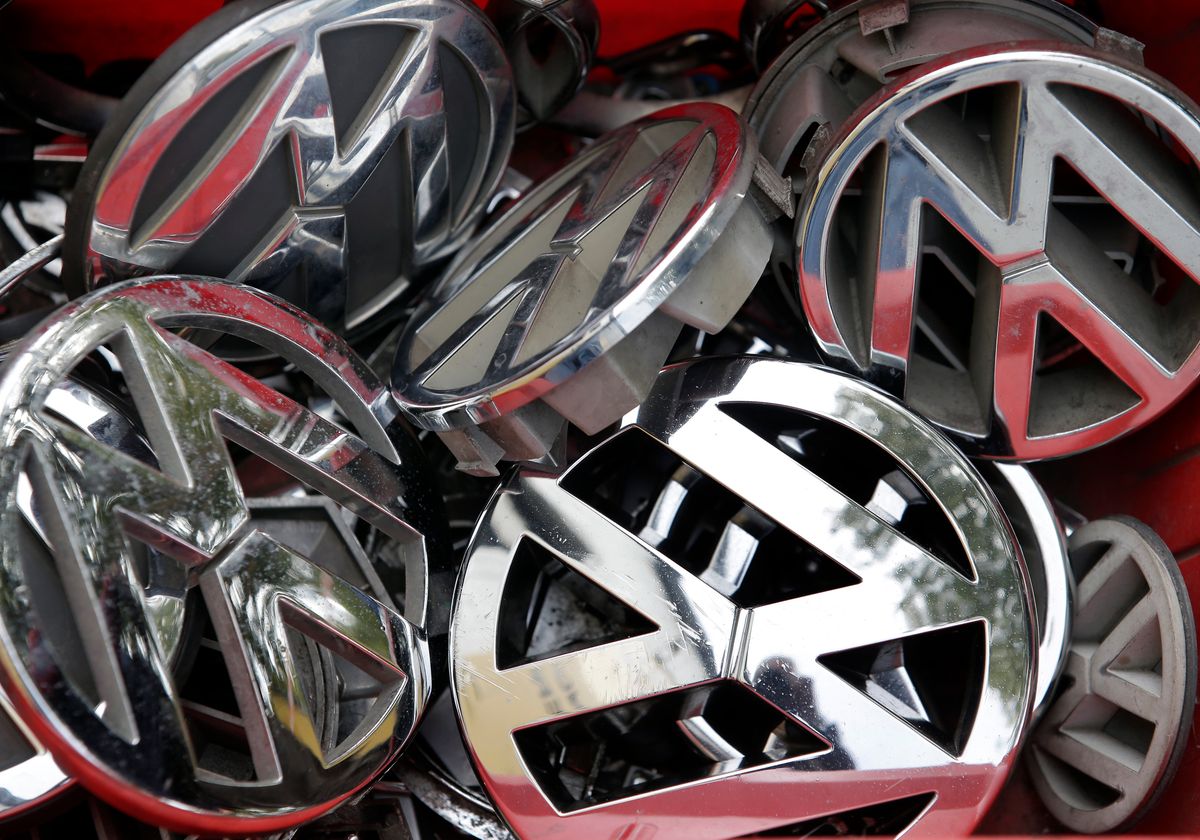 FILE - In this Sept. 23, 2015 file photo Volkswagen ornaments sit in a box in a scrap yard in Berlin, Germany. Volkswagen said Wednesday, Dec. 9, 2015 that a problem with carbon dioxide emissions is far smaller than initially suspected, with further checks finding "slight discrepancies" in only a few models and no evidence of illegal changes to fuel consumption and emissions figures. (AP Photo/Michael Sohn, file) (AP)
--

Less than two weeks after Volkswagen was caught in yet another emissions regulation scandal, the beleaguered German automobile giant has opted to pass its pain along to those who can least afford to bear it -- their own employees.

Volkswagen announced on Friday that the company and its labor unions had agreed to cut 30,000 jobs in return for a commitment to avoid forced redundancies in Germany until 2025 and a pledge to create 9,000 new jobs in battery production and mobility services, both of which will help the company shift toward electric and autonomous cars.

"We have to invest billions of euros in new cars and services while new rivals will attack us - the transformation will surely be more radical than everything we have experienced to date," explained brand CEO Herbert Diess during a press conference.

The company expects this plan to result in $3.9 billion in annual savings and lift their brand's operating margin to 4 percent by 2020. This would still put them below the targets of other European automobile manufacturers like Renault and Peugeot Citroen, both of which are aiming for a 6 percent operating margin by 2021.

Volkswagen's current business woes are largely traceable to the scandal that erupted in September 2015 when it was discovered that the company had programmed its TDI diesel engines to only activate certain emissions controls during laboratory testing. This allowed the company's cars to emit 40 times more NOx than American regulatory standards actually permit. The scandal was compounded on November 6th when it was discovered that Audi engines were likewise rigged, this time to produce lower CO2 readings than were actually being emitted.

It is estimated that 11 million cars throughout the world are programmed with the misleading software. Volkswagen has to pay $15 billion to U.S. authorities as well as the owners of nearly half a million vehicles.