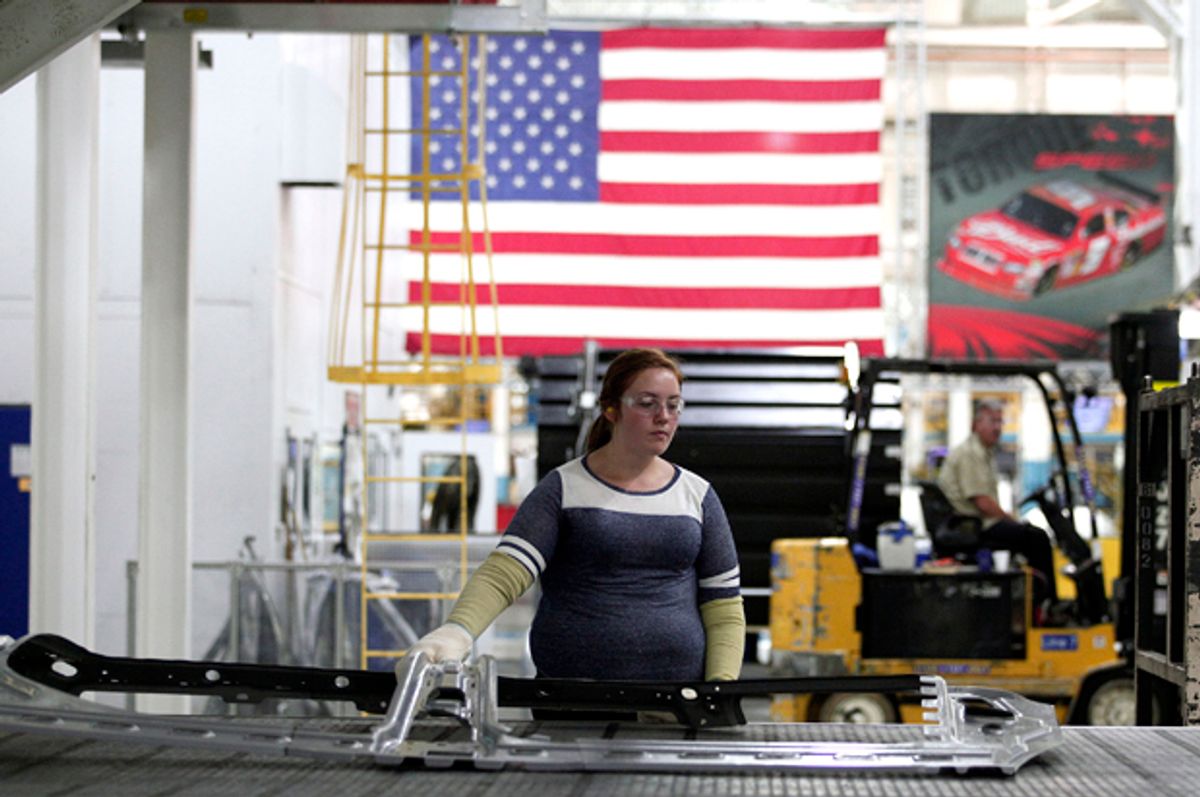 You aren’t going to make any extra money under Donald Trump, so I hope your racism, or your attempt to ignore it, keeps you warm at night.

OK, we have all gotten the memo that it's not cool or politically correct to yell “I hate the blacks, I hate the Mexicans and I hate the Jews!” But seriously, when was the last time the KKK celebrated a presidential election? They've got a glowing picture of an airbrushed, Photoshopped and digitally toned Donald on the homepage of their website. He stands heroic under a presidential seal that reads “Trump’s Race United My People.”

I can’t do much these days but sit back and laugh as I watch the president-elect build an all-star cast of white supremacists — Steve "Breitbart" Bannon, Teddy Cruz and Rudy Giuliani — or at least, if they don't like that label, a group of men who get offended when they are called "racist," but continue to cosign, commit and endorse racist ideas and actions.

Trump and his team may not be card-carrying Klan members, but they aren’t doing nearly enough to reject that support,­ while providing the rhetoric that’s gassing the hate-fueled fires spreading throughout the country. Schools all over, in every corner of America, are reacting to this hate, as if they’ve been suppressing it until this campaign gave them the heart to flex those feelings. The problem is that this isn’t 1802 and you can’t just roll up on black people and start attacking them. There will be consequences, and people on both sides will be hurt.

The real question is this: What’s the point? What do these white working-class people we've heard so much about really expect? Having a race-baiting president will not — I repeat, will not — transform into any opportunities for hard-working whites in America, just like the Obama candidacy didn’t deliver any black person from the issues that African-Americans have been facing since long before I was born.

A common theme that's being tossed around is that Trump’s election was the white working class' chance way to say “F**k you!” to the political elites who forgot about them, sucked up their factory jobs and left them out to dry. I take issue with this for a number of reasons.

The first and most obvious reason is this: How do you buck a system ruled by elites by electing a billionaire who was born rich, employed the Mexicans he blamed for taking jobs away and could never possibly understand someone else's struggle? Next, I don’t fully understand the term “hard-working whites.” I come from the blackest community in one of the blackest cities, and I don’t know how not to have 10 jobs. Everybody I know has 10 jobs, even the infants. Black people, Asians and Mexicans alike work their asses off, so why is the "hard-working white" class even a voting bloc?

What’s sad is that these angry, hard-working white people don’t understand that they saw more economic gains under President Obama than they did under George W. Bush. Unemployment went down across the board except among African-Americans ­­— the rate actually doubled for us — so those folks should be praising Obama, not championing Trump or subscribing to all this alt-right B.S.

Then there's the myth of returning factory jobs. It’s not a real thing! And trust me, I used to subscribe to the same ideas, all caught up in the nostalgia of the old dudes from my neighborhood. My friend Al’s grandpa used to park his Cadillac on Ashland Avenue, hop out and roll up on us nine-year-olds like, “Finish high school, get a job at Bethlehem Steel and your future is set!” He’d spin his Kangol around backwards, pull out a fistful of dollars, give us each a couple and continue, “I made so much money at the steel factory, my lady ain’t worked a day in her life! I bought a house that I paid off and that shiny car right there! Yes sir, life is good!”

Those jobs were long gone by the time we came of age, at Bethlehem Steel and almost every place like it across the country. They weren’t taken by Mexicans or sent overseas­­ — industries changed, new products were made and robots were invented that could do the job of 10 men and work all night without complaining. Those beautiful factory positions for uneducated hard-working whites (or anybody else) aren’t coming back, and I don’t care what Trump says. What's even weirder is that we have created a generation of people complaining about jobs that they have never had and will not see in their lifetime — and again, for what?

We should be asking ourselves what’s going to happen when the forgotten Trump supporters are ignored by him­­. I challenge the Klansmen, the closet racists and the rest of his supporters to look deeper into Trump's life and his business. Unlike you, he’s not committed to white, he’s committed to green, and your financial situation will not change.

In the immortal words of DJ Khaled, “Congratulations, you played yourself.”