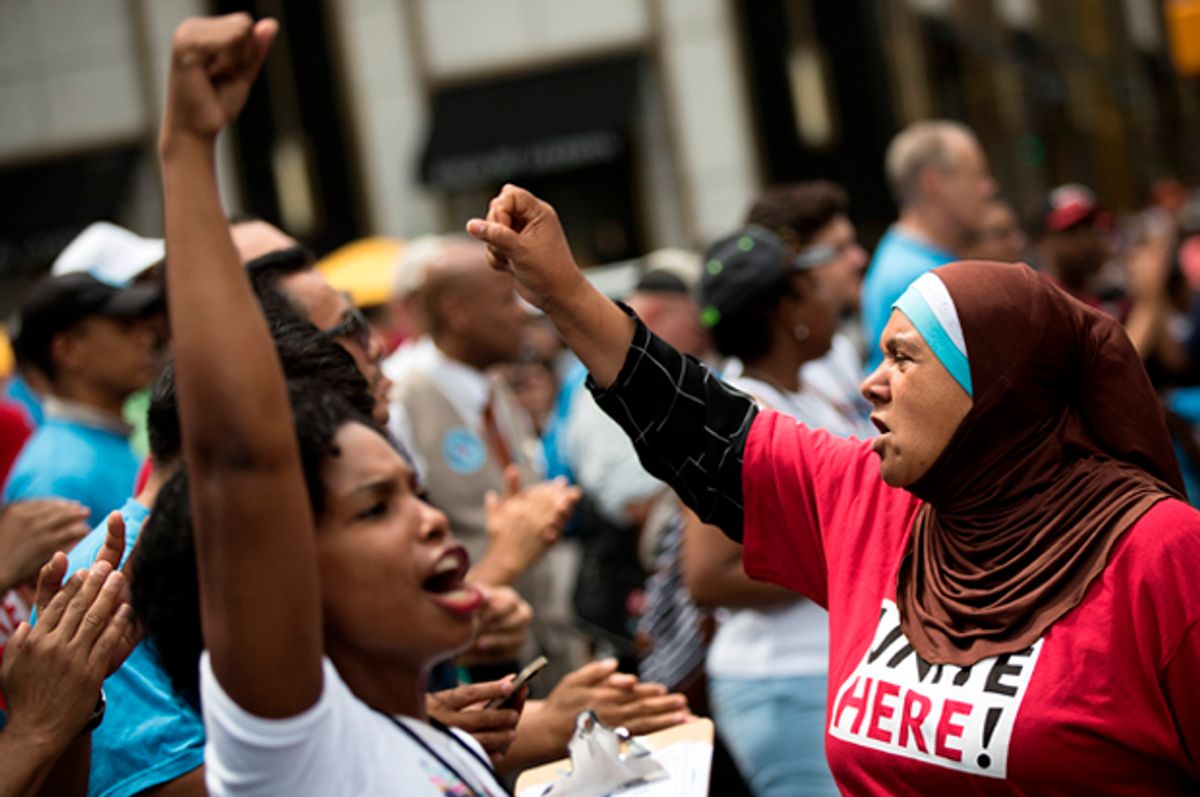 Since the election, there have been feverish and often circular debates about how Democrats and progressives can win over the working class, particularly the white working class that purportedly supported Donald Trump. These debates miss the key question: We know what policies working-class people like. The difficulty lies in energizing and mobilizing the younger, low-income voters that Democrats rely on, particularly in midterm and off-cycle elections.

That premise holds true across both race and gender lines. Most researchers define working class by education, income or occupation. All these definitions have limitations. For instance, many lower-income people may have high social status and not see themselves as working class (think of college-educated students with a poorly paid fellowship). While education is a valuable proxy, any definition of working class that includes Bill Gates and Ted Turner is odd. Occupation is a valuable indicator, but it’s often difficult to determine which jobs constitute “working-class,” particularly with the dramatically shifting economy. For this analysis, I considered anyone with no college education and an income under $50,000 to be “working class.” Because the American National Election Studies (ANES) 2016 pilot study has a relatively small sample, I examined four groups within the working class: white men, white women, men of color and women of color. As the charts below show, working-class folks across race and gender lines are supportive of progressive economic policies, though working-class women of color are most supportive of progressive policies. Because the questions include a “neither support nor oppose” option, these data understate support for progressive policies. For instance, 61 percent of white men support paid parental leave, but that does not mean the other 39 percent oppose it. Twenty-two percent of white men say they had no preference and 18 percent opposed (the numbers add up to more than 100 due to rounding). On every issue, however, there is majority support across the working class for progressive policies. A recent survey found that in every state, a majority of Americans favor raising taxes on those earning more than $250,000. In all states but six, it is a supermajority (more than 66 percent). In the ANES, workers also overwhelmingly support more government spending on child care and health care. As I’ve noted numerous times, racism and sexism are certainly barriers to a working-class coalition -- but it remains true that a progressive economic agenda is popular, particularly among the groups where Hillary Clinton struggled to gain support. (See my previous work on the economic progressivism of young people.) A recent Stan Greenberg and Nancy Zdunkewicz Democracy Corps poll showed that an economic-focused message was more effective with key demographics Democrats need to mobilize (millennials and unmarried women, for instance) than a message focused on Trump’s misogyny.

Since the election, much of the discussion has been circular debates about identity politics and the white working class. These debates are rooted more in re-litigating the 2016 primary between Clinton and Bernie Sanders than in dealing with the challenges facing Democrats in the future. Even had Hillary Clinton won the 2016 election, the Democratic Party has been eviscerated down-ballot over the last eight years. What Democrats need is a renewed focus on party- and power-building, organization and mobilization, policy design and candidate recruitment. This is where the low-hanging fruit lies.

Democrats need a multi-pronged strategy including ballot and legislative efforts to push forward automatic voter registration, actions and organizing to oppose new restrictions, and a legal strategy to challenge those that are implemented. The benefits to mobilization would be significant -- as I have previously shown, non-voters and marginal voters (who only vote in presidential elections) are more progressive than regular voters. A study by political scientist Anthony Fowler finds that, compared to off-cycle gubernatorial elections, on-cycle elections “increase turnout by 17.4 percentage points and the Democratic candidate’s vote share by 6.4 percentage points.”

Recruitment: Democrats have run either dramatically unqualified candidates or no candidates at all in many key races. Republicans just won the governorship in Vermont, a state represented in the Senate by a independent socialist to the left of the Democratic Party. Yet many Democratic pundits have advocated abandoning the South. A trucker named Robert Gray became the Democratic nominee in the Mississippi governor's race without spending a cent on his campaign and without a website. He lost the general election by more than 30 points. This isn’t the first time that has happened. Democrats nominated an unemployed military vet named Alvin Greene, who was facing felony obscenity charges, ran against Jim DeMint in 2010. Greene lost the race by more than 30 percentage points. In 2014 they nominated a political unknown named Charlie Brown for governor of Tennessee, after he beat out three other primary candidates, only one of whom had a working website. It’s hard to think of an easier problem for Democrats to solve than their failure to run credible candidates in winnable elections (the problem is even worse in state legislatures). Any group with a vision for the future of the party should jump on the opportunity to run candidates in these districts.

Policy Design: Policies should designed so that constituencies can be mobilized and organized to defend them. That means more reforms like Medicaid expansion and fewer that rely on complex subsidies and tax subsidies -- in other words, fewer policies whose benefits recipients often do not notice. As political scientists Matt Grossmann and David Hopkins argue, Democrats make concessions in the form of policy design for programs that serve progressive ends. But the dividends haven’t paid off yet -- conservatives are no more likely to support such programs, and if beneficiaries fail to realize they benefit from the programs, they are unlikely to mobilize to protect those benefits. The exchange-based Affordable Care Act was the model for pursuing progressive change through conservative means, but Republicans are still poised to repeal it, and the individual mandate (a conservative policy) is the least popular part of the law. The Medicaid expansion, by contrast, mobilized voters who felt motivated to defend it.

Organizing: Organizations like the National Council of La Raza, Take Action Minnesota and other progressive grassroots groups deserve more attention and resources. Democrats watched while ACORN was smeared by huckster James O’Keefe, and many Democratic officials voted to cut its federal funding. Unions, once the backbone of the Democratic Party, and an ideal space to foster the sort of cross-racial and cross-gender working-class alliances necessary to its success, often seem to have lost their seat at the table. The future of the Democratic Party can be seen in Nevada, where a an activist culinary union with 57,000 members (56 percent of them Latino) canvassed extensively for Clinton and other Democrats. The result was the first Latina elected to the U.S. Senate and Nevada’s first Latino congressman, as well as an electoral victory for Clinton and control of both state chambers. Mobilization can’t be generated ex nihilo every two to four years using sophisticated algorithms.

There are certainly valuable discussions to be had about the Democratic Party’s message. Clinton’s campaign erred by not running more ads criticizing Trump’s predatory behavior toward workers and touting the Obama administration's auto-industry bailout. (Research suggests that in battleground states only 6 percent of Clinton's campaign ads mentioned “jobs,” while 43 percent of Trump’s did.) They erred strategically when directing their resources. Instead of tethering Trump to House Speaker Paul Ryan, they might have profited from tying Ryan’s plutocratic agenda to Trump. But focusing exclusively on messaging missteps in the 2016 election, which was influenced by many factors (including FBI Director James Comey’s famous letter) ignores the structural weaknesses that have plagued Democrats.

Democrats have a weak bench and a dearth of young faces to put forward in the near future. Endless debates about identity politics carried out in bad faith only muddy the waters. There are legitimate differences between Democrats, as Eric Levitz has argued in New York magazine, and they should not be papered over. At this point, the key limitation to progressive economic policies isn’t message but mobilization. There are numerous opportunities to run progressive candidates in races and states that Democrats have ignored. As the data suggest, economic progressivism is popular. Now let’s get the people who benefit from it mobilized. Let’s get candidates who can run on those platforms and win. Let’s design policies that create engaged and mobilized citizens. The future of the working class, and the country, depends on it.