The worst Cabinet: Donald Trump made some horrible picks for his government 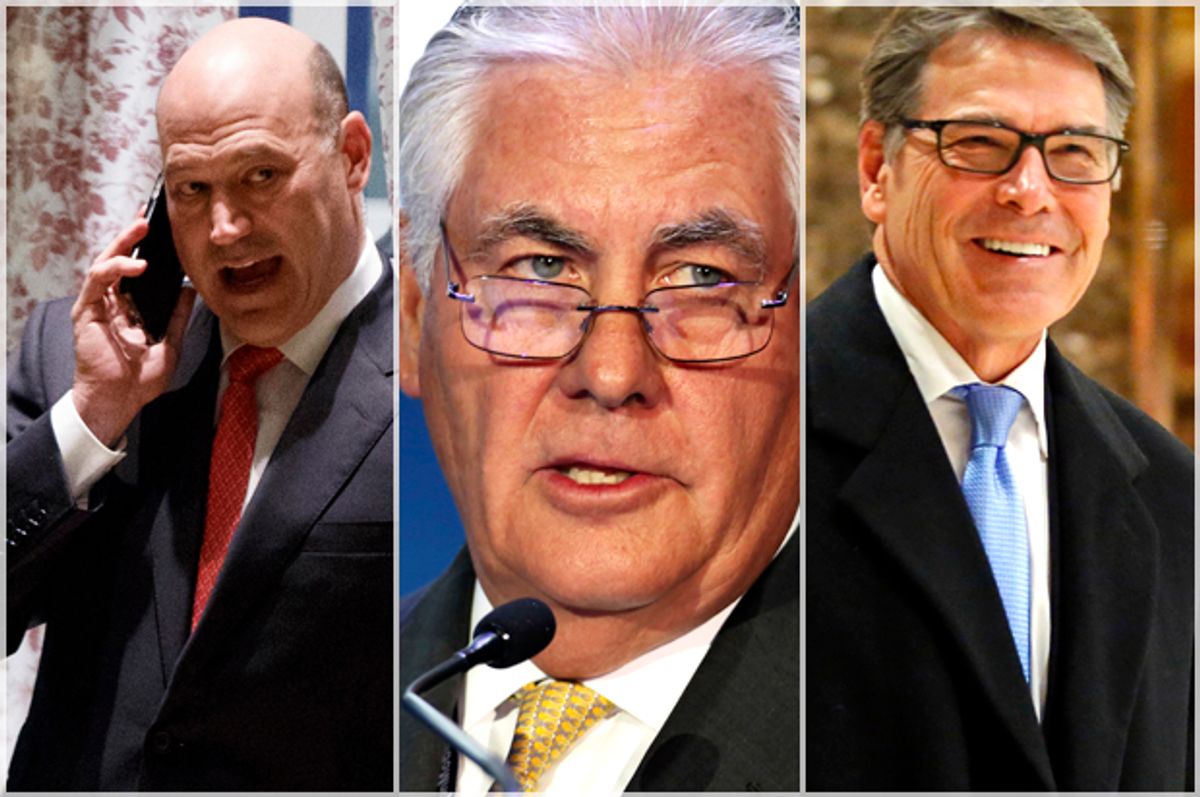 President-elect Donald Trump continued to staff his upcoming administration with longtime residents of the very swamp he promised to drain. Let's take a look at the three worst ones.

Rex Tillerson to be secretary of state

Perhaps one of Tillerson's signature business achievements as CEO of ExxonMobil was forming a partnership in 2011 with Rosneft, a Russian oil company that is majority-owned by the regime of Russian dictator Vladimir Putin. This is why Trump's decision to tap Tillerson as his next secretary of state is so troubling; considering that Tillerson has already sided with Russia over America (on the issue of U.S. sanctions due to their invasion of the Crimea), and Trump's upcoming national security adviser is expected to be retired Lt. Gen. Michael Flynn (who backed Russia in its support for Syrian dictator Bashar Assad), there are only more reasons to wonder whether Russia got exactly what it hoped for when it hacked our presidential election.

Rick Perry to be energy secretary

During the 2012 presidential election, Perry became a political laughingstock when he couldn't remember during a debate that the Department of Energy was one of the federal agencies he wished to eliminate. He was perhaps more credible during the 2016 cycle when he diagnosed Trump as a "cancer to conservatism." Now Perry has been tapped by Trump to lead the very agency whose name once embarrassingly eluded him, which suggests that he will champion oil and fossil fuels and deny climate change just like he did as governor of Texas. The fact that he is on the board of the company that tried to build the Dakota Access pipeline probably won't help his case.

Gary Cohn to be chair of Trump's national economic council

When Trump officially selected Goldman Sachs president and COO Gary Cohn to lead his National Economic Council, he made him the third Goldman Sachs alumnus to join his administration. Even worse, the other two also hold positions of considerable influence — Steve Mnuchin, a former partner and mortgage trader at the bank, is going to lead the treasury department under Trump, while former banker Steve Bannon is Trump's chief strategist.