President Obama announces the end of a decade-long discriminatory program 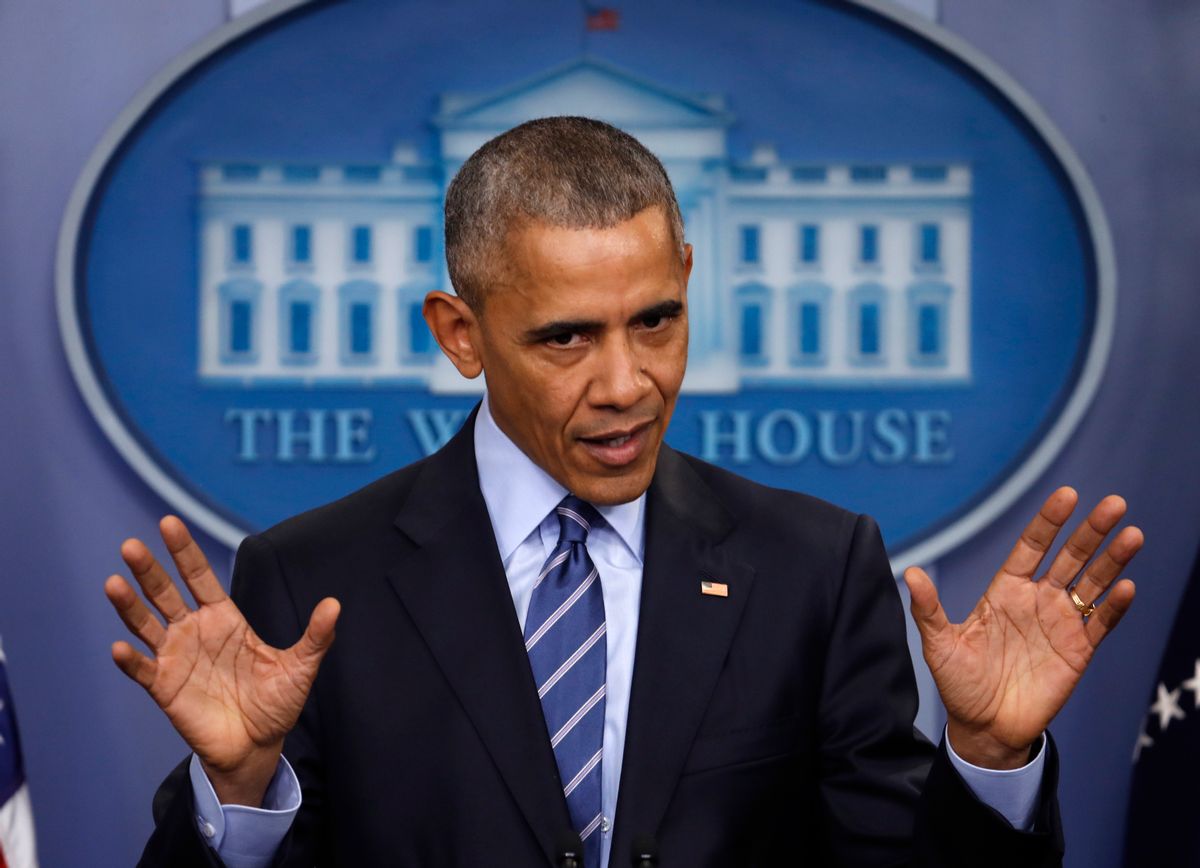 The Obama administration announced on Thursday that it will officially end the National Security Entry-Exit Registration System (NSEERS), a program that was primarily used to track Arab and Muslim men.

“D.H.S. ceased use of NSEERS more than five years ago, after it was determined the program was redundant, inefficient and provided no increase in security,” said Department of Homeland Security spokesman Neema Hakim in a statement.

The registry has not been used since 2011, causing observers to speculate that the Obama administration's recent move is meant to symbolically distance the current presidency from any effort by the incoming Trump administration to reactivate the program, as The New York Times reported on Thursday when it broke the story.

“NSEERS was a completely failed counter-terrorism tool and massive profiling program that didn’t yield a single terrorism conviction in nearly a decade," said the American Civil Liberties Union's senior legislative counsel Joanne Lin in a statement. "The ACLU applauds the Obama administration for terminating NSEERS for good. With this action, the U.S. is on the right path to protect Muslim and Arab immigrants from discrimination."

The Obama administration's decision occurred on the same day that Kellyanne Conway, Trump's former campaign manager and impending White House counsel, tried to reassure Americans that the president-elect won't try to ban immigrants based solely on their religion.

"You're going back to over a year ago in what he said about the (Muslim) ban versus what he said later about it, when he made it much more specific and talked about countries where we know that they've got a higher propensity of training and exporting terrorists," Conway told Chris Cuomo on CNN's "New Day."

While this could be seen as a positive sign for both Muslim Americans and potential Muslim immigrants, Trump has yet to clarify what he means when he proposes "extreme vetting" of immigrants from the countries that Conway describes as having "a higher propensity of training and exporting terrorists." When asked on Wednesday how the Berlin terrorist attack had influenced his thinking on the issue of Muslim immigration, Trump replied that "You've known my plans all along . . . they've proven to be right, 100% correct. What's happening is disgraceful."