Breaking: The Greatest Living American Writer: "Hug the kids under the tree this year. It's all over. There will never be another Christmas

Where did you go, America? We'll never see another Labor Day, likely no Fourth of July, no Valentine's Day either 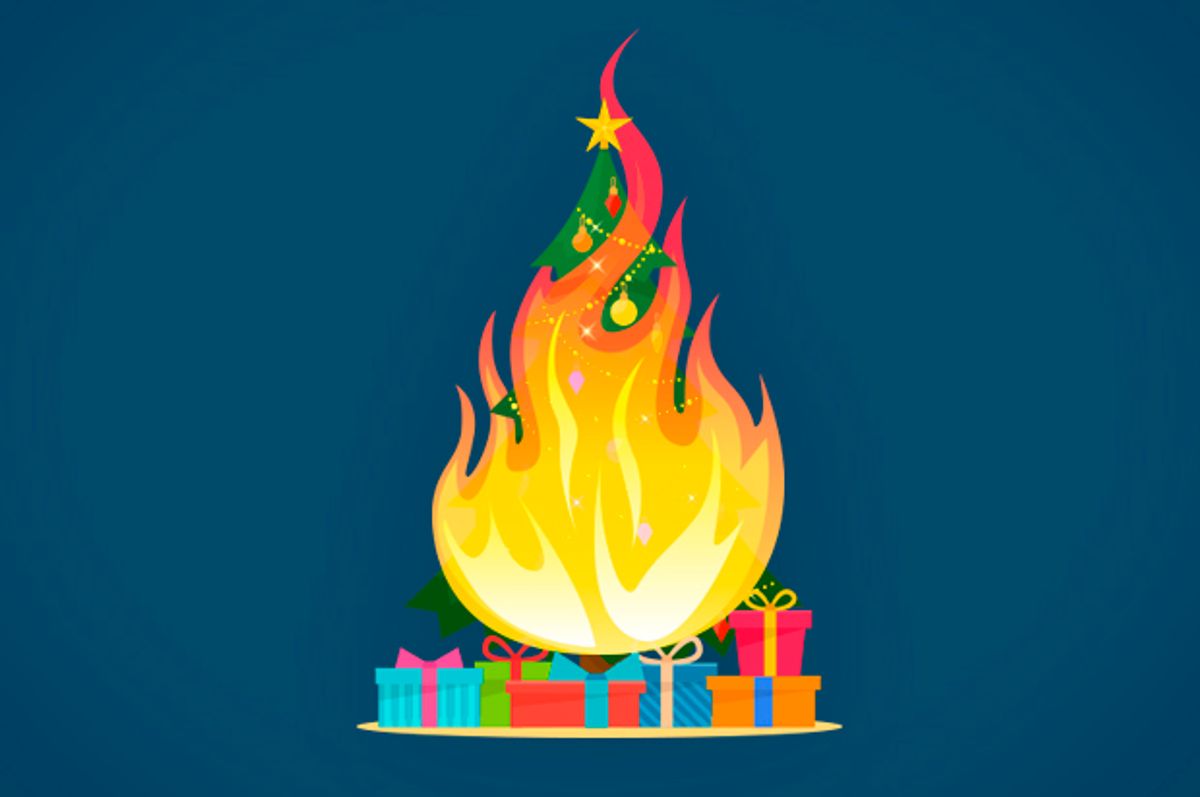 As a permanent night sets in over Mount Winchester, Roger, my beleaguered manservant, hangs the popcorn balls over the fireplace per holiday tradition. Why he’s doing this, I don’t know. I might as well open the French doors and allow the crows to eat the popcorn. It’s all they’ve ever wanted. Apparently, this country belongs to evil scavengers now.

The fire roars as I toss in my copy of the Constitution and then my copies of the Bill of Rights, the Declaration of Independence and “The Power Broker” by Robert Caro. I guess I won’t be needing those anymore. In fact, I’m burning all my documents, except for “Rules for Radicals,” by Saul Alinsky, which I’ll hide in chapter segments under the floorboards, keeping them as handy reference for the class war to come.

America was once the America we all knew, an America that understood the American idea. But no longer. We thought we lived in America, but it turns out that the America we lived in betrayed us and it is America no longer. How true that is. As I write in “Palindromes and Predator Drones: The Upside-Down Betrayal of the U.S.A.,” my forthcoming collection of essays, “This was a country born of liberty, but now the libertines are getting a taste of peasant blood. Soon, we will all suffer the grandest torment of them all: Trump.”

These are the darkest of days for the American experiment. Now the experimenters are being experimented upon, strapped to a table against our will, but no one is listening to our screams. Our institutions have failed us. The courts will soon cease to exist. The media, save for lone voices like mine, will soon be silenced. There will be no schools, no libraries, no fire departments. We will scavenge for food in bombed-out Wal-Mart parking lots while the world around us boils. This is what will happen and it cannot be stopped.

So it’s incumbent upon us, my friends, to resist, much as the first Christians did against the Romans and the first Romans did against whoever came before them. We must build an offensive line with draft picks, and we must block whatever comes our way. As I wrote in “Catalonia in the Appenines,” my autobiographical novel, “When the people form an army, they will be short on guns but long on courage, and hopefully there will also be sexy women soldiers. We will all die, but we will die bravely. Now excuse me while I go have a smoke.”

America, where did you go? Where did you go, America? I wish I could find you, but the winter winds are rising. We will never see another Labor Day, and probably not even another Fourth of July. In fact, I can only get 50-50 odds that we make it even to Valentine’s Day. Soon, the end of holidays will come to pass.

And yet, I feel despondent. As Roger brings me my nog spiked with brandy —  thank you, Roger, that will be all — I stare at the burning documents in the fire and wonder why I’ve even tried all these years to understand the American way of being. For 60 or 70 years, no American writer has interpreted his country better than I. Yet now I am lost, an exile in my own land.

This is how it starts. And this is how it ends. Soon they will close all the bookstores and then they will close all the bakeries. We will find ourselves allowed fewer and fewer places to assemble, until at last we’re all forced to meet at game stores for Magic: The Gathering tournament nights. The rule of law is finished. Business ethics have vanished. White supremacists will soon own all the pizzerias. Everything and everyone you have loved will vanish in a blaze of hellfire. There will no longer be senior citizen discounts at movie theaters.

If you think I’m wrong, then ask anyone who has suffered through life in Vladimir Putin’s Russia or been forced to own a condo in the same building as Steve Bannon. Unholy monsters with teeth the size of swords have swooped down upon our once great country and sucked away all its marrow. Hug your children under the tree this year, for you will not have the chance again. Roger, let in the crows.

This is the last Christmas.