During "listening session" with black leaders, Trump blasts CNN, calls Frederick Douglass "somebody who has done an amazing job"

Trump made a listening session about himself, and may be sitting down with "some of the top gang thugs in Chicago" 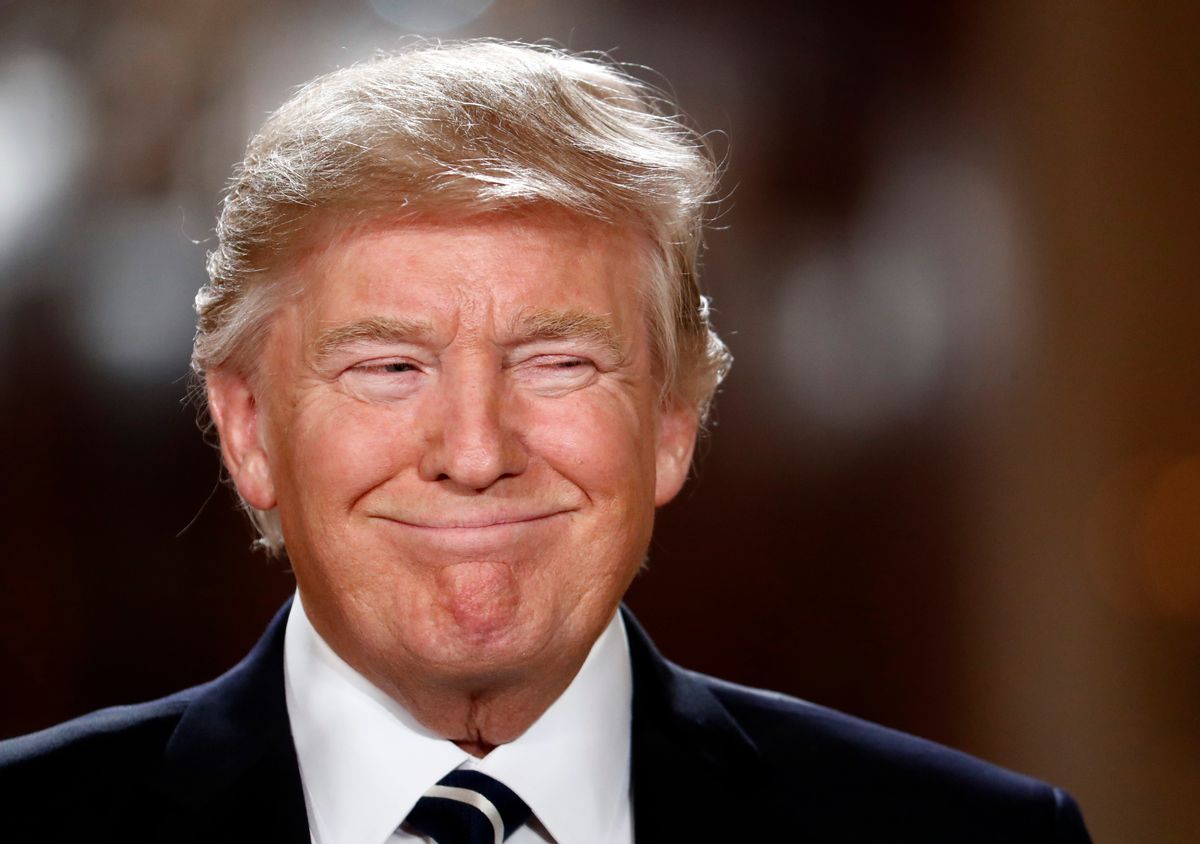 President Donald Trump used a so-called "listening session" with black leaders, scheduled to coincide with the start of Black History Month, to launch into a wide-ranging attack against the media.

When Trump's speech began discussing Dr. Martin Luther King Jr. as someone "whose incredible example is unique in American history," the president segued to an anecdote about an inaccurate story in which a reporter erroneously reported that Trump had removed a bust of King from the Oval Office (the story was later retracted and the reporter apologized).

"It turned out that that was fake news from these people,” Trump said, referring to the reporters assembled in the room. "Fake news. The statue is cherished . . . but they said the statue, the bust of Dr. Martin Luther King, was taken out of the office. And it was never even touched. So I think it was a disgrace. But that's the way the press is, very unfortunate."

The president's speech then referred to abolitionist Frederick Douglass as "somebody who has done an amazing job and is being recognized more and more," praised Rosa Parks and Harriet Tubman for having "made America what it is today," and praised African-American Trump supporter Paris Dennard for defending the president on TV "in a very hostile CNN community. He's all by himself. He'll have seven people and Paris. I'll take Paris over the seven. But I don't watch CNN so I don't get to see you as much. I don't like watching fake news."

Later during the session, Trump reiterated his resentment against the media.

During the meeting, Dr. Darrell Scott — the senior pastor at New Revival Center in Cleveland Heights, Ohio — said that the had been "contacted by some of the top gang thugs in Chicago for a sit-down" with the president. He claimed that they "want to work with the administration — they believe in this administration; they didn’t believe in the prior administration. They told me this outta their mouth."

This is a full transcript of President Trump's speech to his Black History Month event. pic.twitter.com/uJ9iXvUOGr — Daniel Dale (@ddale8) February 1, 2017