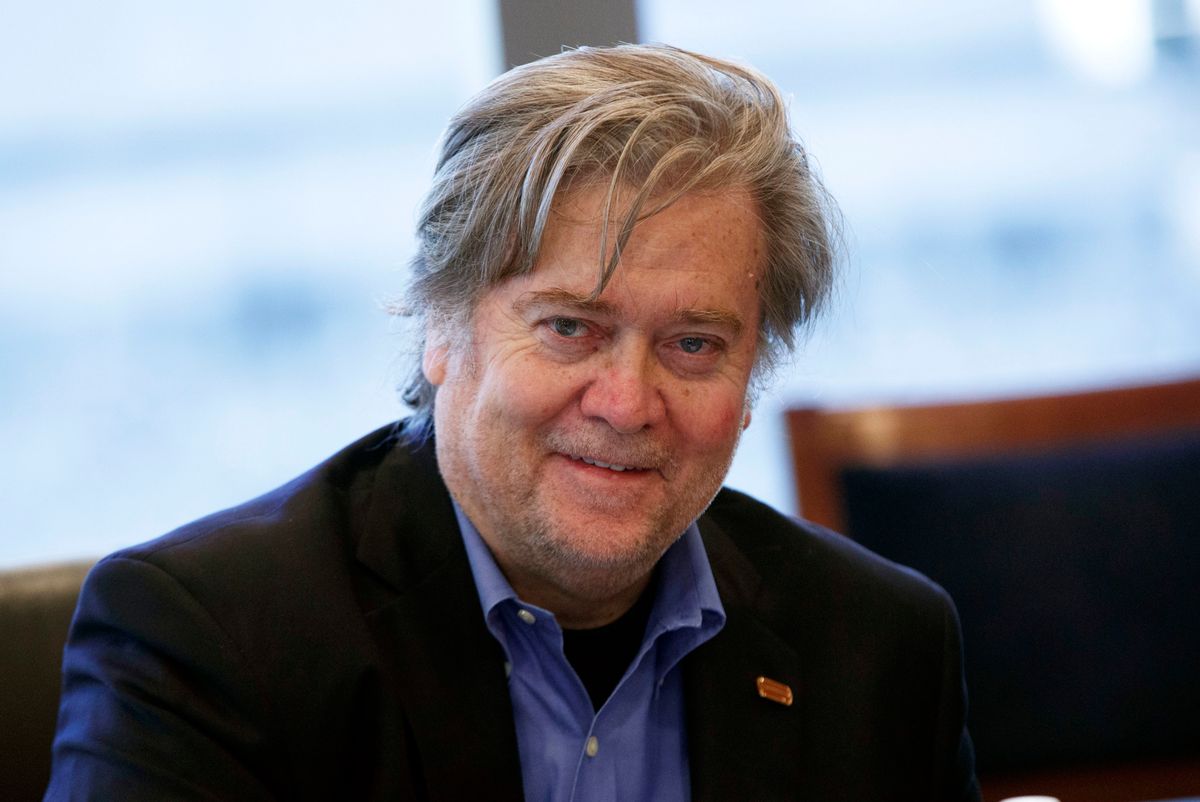 One of Donald Trump's aides has a novel justification for the president's decision to appoint chief strategist Steve Bannon to the National Security Council — he was good at defeating liberals.

"I think you need to look at what Stephen Bannon did in terms of building a media giant that has crushed its left-wing rivals in terms of a Breitbart.com," said Trump adviser Sebastian Gorka to NPR in an interview reported by The Hill on Thursday. "I think one has to look at what he did for the Trump campaign to understand that this is a man who eats and breathes and sleeps strategy."

Bannon's growing influence in the White House has been a source of increasing consternation to many political observers. The former Breitbart executive's newfound power was perceived in President Trump's belligerent inaugural address. His fingerprints could also be found in Trump's decision to impose a controversial Muslim ban with little advance notice, and in Trump starting to refer to the mainstream media as "the opposition party."

Bannon is the only major Trump adviser who can speak to the president without wearing a suit and tie, according to a Time profile, has walk-in privileges at the Oval Office and is known to have a similar political philosophy as the new commander in chief. One source even told Time that, before Bannon became a political adviser, he used to quote Vladimir Lenin in saying that he wants to "bring everything crashing down, and destroy all of today's establishment."

Neil Howe, who co-authored a book called 'The Fourth Turning" which argues that American history operates in 80 year cycles, also recalled that Bannon had a "rather severe outlook on what our nation is going through."