Beneath the deepening chaos of the Trump administration, the Trump business is doing just fine

Sure, the new administration is engulfed in scandals and infighting. But the Trump business is poised to cash in 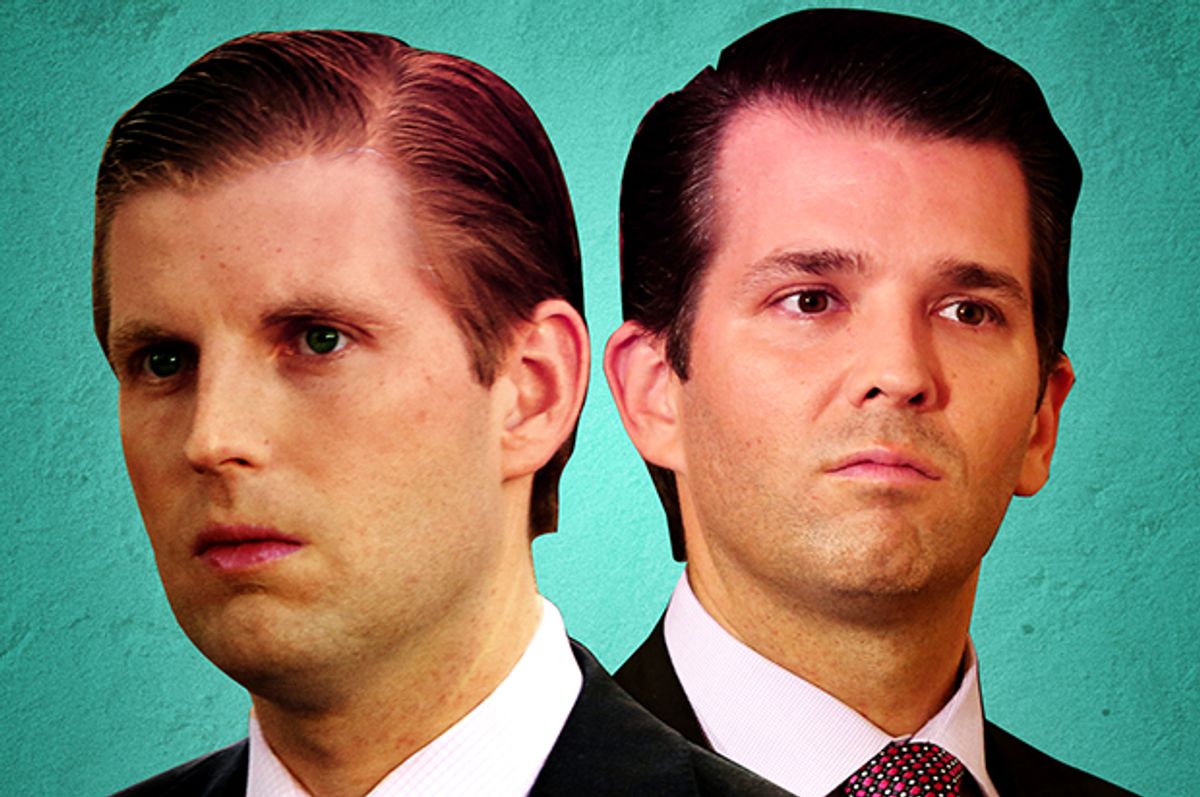 Right after the election upset in November, one of the important stories that had been neglected by most of the media during the tumultuous campaign, Donald Trump's overwhelming conflicts of interest, suddenly took on tremendous urgency. It always struck me as bizarre that Trump wasn't questioned closely about the potential for corruption before the election, since he and the Republicans had made a fetish of that issue with regard to his opponent, to the point of giving her the sophomoric nickname "Crooked Hillary."

On the rare occasions when Trump was even asked about this, he made clear that he had no understanding of the complications involved. He simply assured his questioner that he wouldn't care about his business if he became president because he would be so busy making America great again. Even though he refused to release his tax returns, and it was revealed late in the cycle that he likely had not paid any federal taxes for more than a decade, the issue of his potential conflicts and the national security implications of his foreign business entanglements went largely unaddressed.

That changed after Trump was elected president, and everyone suddenly understood that he had no intention of divesting himself of his holdings and placing the proceeds in a blind trust, as his predecessors had done. He continued to meet with business partners and allowed his family members to participate in meetings with foreign leaders. His White House counsel, Don McGahn, a shady character known mostly as the defense attorney for former House Whip Tom DeLay and as the man who made the Federal Election Commission into a joke, apparently told Trump that "the president can't have a conflict of interest" and that was that.

Trump promised to "do something" to set people's minds at ease about the ludicrous situation in which he had put the country. After postponing a press conference on the subject of his business investments for weeks, he finally held an absurd event in which he had a lawyer testify to his good intentions and show us a pile of folders, which presumably contained documents proving that he was turning over his company to his sons, Eric and Donald Jr. Ivanka Trump was said to be leaving her company and her husband, Jared Kushner, was leaving behind his lucrative real estate business to work in the White House, despite the existence of nepotism laws clearly designed to preclude such an arrangement.

Throughout this period the airwaves were flooded with ethics experts and constitutional scholars rending their garments over all these clear violations of ethical norms. There was a boomlet in arcane discussions of the emoluments clause in the U.S. Constitution, which prohibits the president from receiving gifts from foreign governments. Trump just carried on as if the whole matter were settled.

At any normal time, this would have launched the scandal of the century; Congress would have had half a dozen investigations already underway. The public still has no idea what Trump's global business ventures around the world really are, to whom he owes money or who owes money to him. Although the Trump sons have pledged to not do any "new deals" in foreign countries, that doesn't mean much since nobody knows what the existing deals are. There is no official and public record indicating that the president is no longer operating as the CEO of the Trump Organization, and he's spending weekends at his private golf course in Florida, hobnobbing with people who have personally paid him six figures for the privilege.

These are not normal times. On Monday morning The New York Times featured a major front-page profile of Donald Trump Jr. and Eric Trump in their new roles running the Trump Organization. We learned that they are still traveling the world, opening golf courses and hotels and leaving untold piles of conflicts in their wakes. Nobody cares.

The reason why no one cares, of course, is that the 3-week-old Trump administration is experiencing such a nuclear meltdown that family members' using the presidency to enrich themselves has fallen far down on the list of major concerns. There aren't enough hours left in the day to discuss it. What with the president insulting allies, embarrassing himself in front of visiting dignitaries, threatening the judiciary, overseeing deportations and travel bans and trying to plug the leakiest sinking ship since the Titanic hit an iceberg, the news media is running around in circles trying to keep up.

Then there's the matter of Trump's advisers, perhaps the weirdest collection ever assembled in the White House — now blessedly minus the kookiest one of all: national security adviser Michael Flynn, who resigned late on Monday night after weeks of speculation about his inappropriate communications with the Russian government.

Let's just say there is a lot going on and it appears that in the midst of the chaos, the Trump family is planning to make a financial killing. Although the press is dutifully reporting on the family's plans to open new hotels all over the U.S. (where people seeking and giving favors are welcome to put oodles of money into the family's coffers), plan golf courses and make other deals with foreign actors with unknown motivations, the Republicans in Congress have no intention of doing even a perfunctory investigation.

The head of the House Oversight Committee, Rep. Jason Chaffetz of Utah, who promised to chase Hillary Clinton's family's charitable foundation to the ends of the Earth had she been elected, said his hands are tied:

When asked about the emoluments clause, Chaffetz said, "That's not something I'm looking at right now."

He did rouse himself to send a tepid letter of complaint to the White House about presidential counselor Kellyanne Conway's shilling in the White House for Ivanka Trump's clothing line after Nordstrom announced it was dropping her line due to poor sales. Conway is still in the White House and Ivanka attended a high-level meeting about women in business with Canadian Prime Minister Justin Trudeau on Monday morning, so they don't seem terribly concerned about Chaffetz's mighty oversight power.

It would appear that while the Trump administration is a historic dumpster fire, everything within the Trump Organization is still running like clockwork to cash in on it.