The comedian's claims of innocence are only fooling the already converted 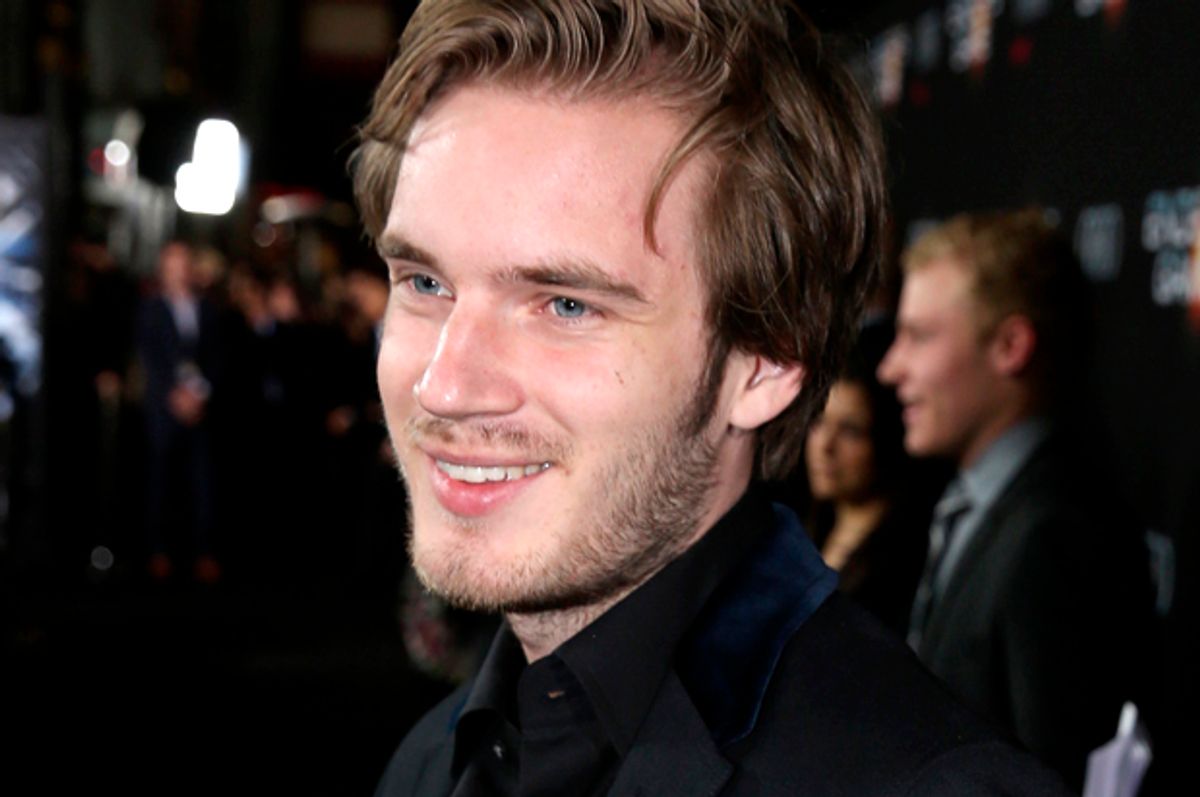 PewDiePie, the YouTube comedian who made a series of videos that were anti-Semitic and pro-Hitler, is now being held accountable for his actions.

After posting a video for which PewDiePie (whose real name is Felix Kjellberg) paid two men to laugh while holding a sign marked "Death to all Jews," Disney has severed ties with the YouTube star. YouTube itself has canceled plans for a second season of his reality series "Scare PewDiePie." There have been nine videos overall that PewDiePie posted that seem to attack Jews or contain Nazi imagery.

The PewDiePie incident is reflective of a broader trend that has emerged over the past few years in the internet's political culture. The alt-right movement has used various internet forums to promote white supremacist belief systems, even as its members have insisted that their actions weren't motivated by bigotry. Instead, when called out for promoting the marginalization of long oppressed groups, these members claim to be victims of oppression themselves.

The YouTube star has many fans on the white supremacist fringe, including the neo-Nazi website the Daily Stormer, which proclaimed itself "the world's No. 1 PewDiePie fansite." For his part, PewDiePie has said he does not support hate groups or their agenda and his videos are essentially just pranks.

PewDiePie has played the victim in the past when critics expressed concern over racism such as his penchant for Nazi imagery.

There are two particularly sinister tactics used by PewDiePie and his ilk that need to be identified: The first is what Al Franken, as a comedian, called "kidding on the square," which is when someone claims to be kidding with an offensive remark but later it becomes clear that he or she also genuinely believes in its offensive content. That's the difference between genuine satire and sincere bigoted comments.

The second tactic can be known as "fudging the labels," which is when someone repeatedly caters to the views of individuals with offensive opinions, but distances himself or herself from others holding those views.