Samantha Bee: Ivanka Trump is not "your secret progressive buddy" 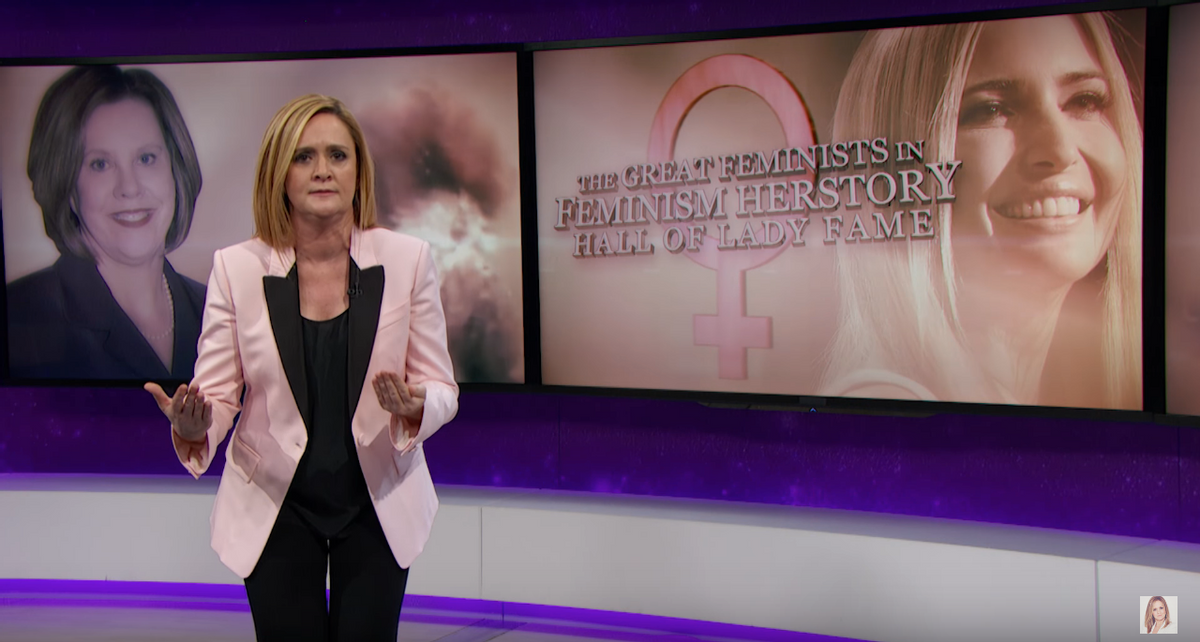 Ivanka Trump's new role in the White House as the assistant to the president has some liberals hoping that she can provide a moderating presence for her father. They say she will be the president's "eyes and ears" on Pennsylvania Avenue, but Samantha Bee does not necessarily think that will be a good thing.

"Yikes, if Ivanka's supposed to be her dad's eyes, she'll be spending a lot of time starting at her own boobies," Bee joked on TBS's "Full Frontal."

The late-night host dedicated a segment of her show Wednesday night to the first daughter, also known as "the only actual high-end project Trump ever completed."

Bee pointed out that there are a lot of "wishful thinkers" out there who are hoping that Trump's new job as the assistant to the president is code for "your secret progressive buddy."

But since Trump's father has become president, she has not done much to push the progressive agenda. Though she has arranged meetings between her father at environmentalists like Al Gore and Leonardo DiCaprio, Bee refused to give the president's daughter props for it.

On Wednesday morning, CBS aired an interview with Trump about her new job and her influence in the White House.

"I don’t think that it will make me a more effective advocate to constantly articulate every issue publicly where I disagree,” Trump said. “And that’s okay. That means that I’ll take hits from some critics who say that I should take to the street. And then other people will in the long-term respect where I get to. But I think most of the impact I have, over time most people will not actually know about.”