Ballad of a sad little man: Pity Bill O'Reilly, for he will never experience great sex

Spare a thought for Bill O'Reilly, difficult as that may be: He'll never know what really good sex is like 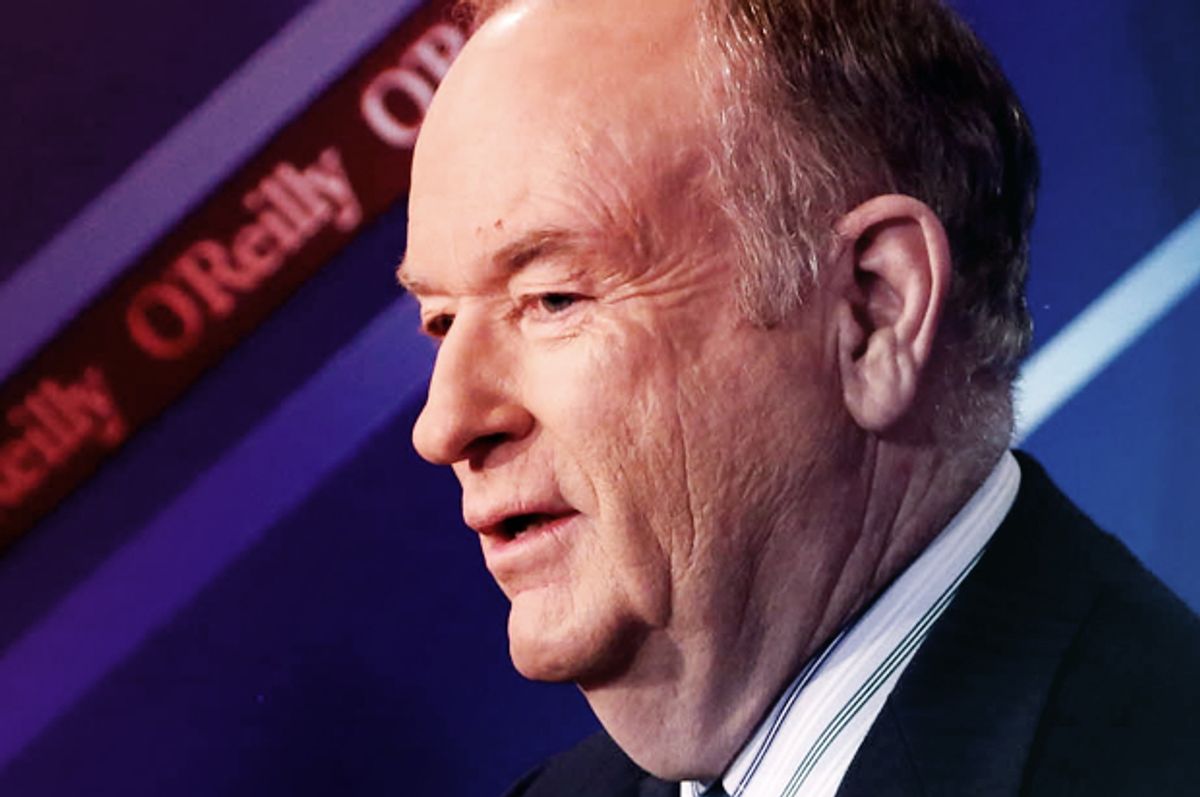 Poor Bill O’Reilly. With his own primetime television program on Fox News, here is a man of extraordinary wealth, fame and power. Yet he uses his authority to coerce women into having sex with him against their will by threatening to destroy their professional careers if they refuse his advances.

What kind of a pathetic sex life is that?

My goodness, what a sad little man.

Of course, none of this magic can ever happen when one person forces another person to have sex against their will.

Poor little Bill O’Reilly. He’ll never experience great sex. He may have a few million anonymous viewers who tune in to his show, and he may have tens of millions of dollars in his bank account, but he certainly is missing out on a whole lot in life.

Worse, however, are the implications about the kind of human being who would seek to coerce another person into having sex. Not only is this an empty sexual experience for the perpetrator, but it also imposes a horrendous experience upon the partner. Who would do such a thing to another person?

Bill O’Reilly, of course. But Bill O’Reilly is not alone. His former boss, Roger Ailes, habitually engaged in this deviant behavior from his powerful perch as head of the entire Fox News network. And we have also seen this sort of behavior from the man who is now the president of the United States, Donald Trump.

What does it take for a person to behave like this?

Well, it takes a complete lack of caring for other human beings. Forcing someone to have sex against their will necessarily means that the perpetrator has no regard for the feelings of the other person. None whatsoever.

So why are these men in positions of such enormous power? Why do we listen to them for even an instant? They clearly possess a deplorable willingness to disregard the plight of other people -- yet perversely enough, they are entrusted with the power to shape society in ways that affect great numbers of people.

This is exactly upside down. Instead, we need leaders who care deeply about other people.

Thankfully, ordinary people all across this land possess the power to change all of this. If each of us participates in our own small way, collectively, we will make a difference.

For O’Reilly, this means contacting the companies that advertise their products during his show and expressing our disapproval.

For Trump, this means continuing to resist his presidency and his absurd agenda that threatens to impose enormous suffering upon countless ordinary people. As his public approval erodes, so too will his authority.

These sad little men do not belong in power. It is up to us to take it away from them.