If Marine Le Pen is France's Donald Trump, then this dark horse with momentum could be their Bernie Sanders

Could Jean-Luc Mélenchon pull off one of the greatest upsets in modern political history? 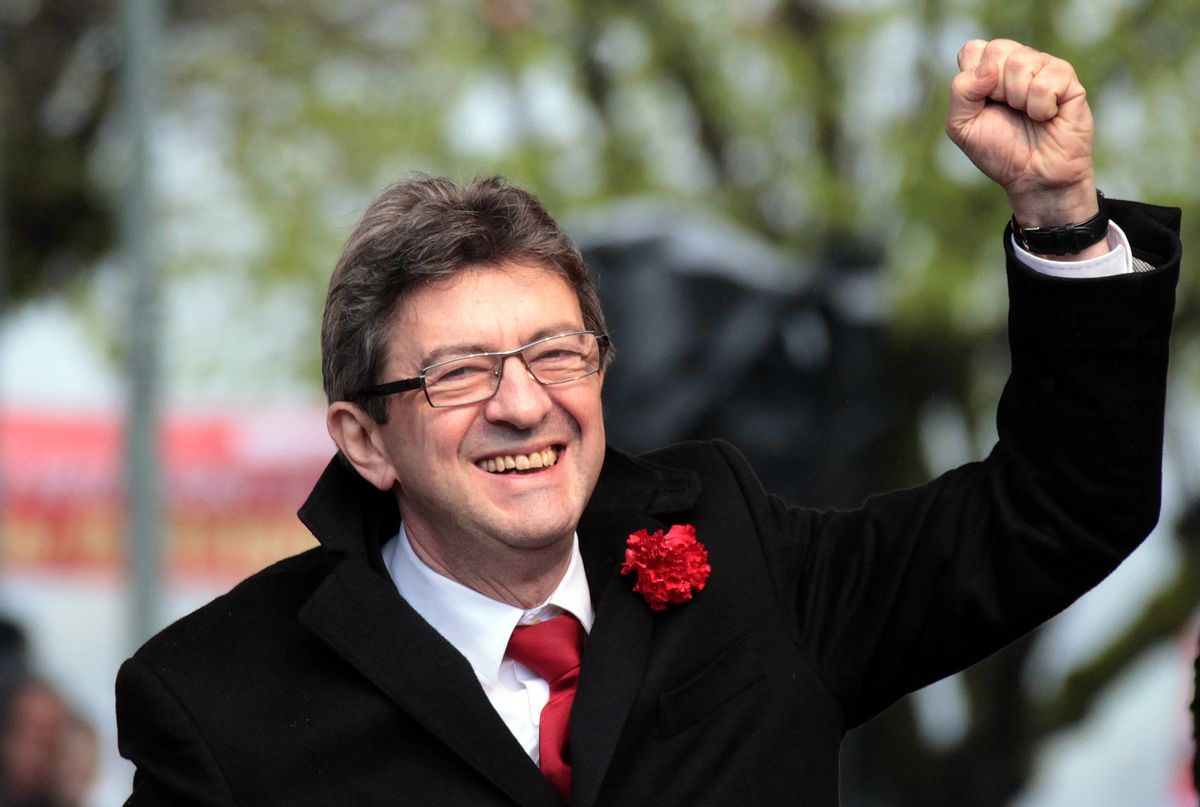 Far right presidential candidate Marine Le Pen may proudly crow that she is "Made in France," but it looks like a name mostly unknown outside of the country — France's own answer to Bernie Sanders — is on the verge of pulling off a major political upset.

Jean-Luc Mélenchon was found by a "Paris Match" survey to be the most popular politician in France, where 68 percent of the populations holds favorable opinions of him, according to a report by France 24. Like Sanders in the United States, Mélenchon has distinguished himself with a blunt rhetorical style and a list of policy proposals that boldly trespass beyond the leftward bounds of what is normally considered acceptable in mainstream political rhetoric. He wants to reduce the 35-hour workweek to 32 hours, move the retirement age down to 60, enforce a maximum wage, and openly sympathize with the plight of migrants.

His foreign policy is even more controversial. Mélenchon wants to make France's continued involvement in the European Union dependent on whether the EU will negotiate on the terms of their participation, and he is open to negotiating borders with Russia and Ukraine regarding the Crimea. He is also opposed to, as France 24 put it, "NATO, the World Trade Organization, the International Monetary Fund, the World Bank and block European trade treaties with the United States and Canada."

These positions may be controversial, but they have allowed Mélenchon to rapidly rise to third in the polls with 18.5 percent, behind centrist Emmanuel Macron and the far right Marine Le Pen, both of whom are tied for first at 24 percent. His only challenge is that, in order to make it to the next round in the presidential election, Mélenchon must place among the top two candidates in the contest being held on April 23.

Meanwhile, as Le Pen falls in the polls amidst a wave of controversies, including trying to claim France wasn't responsible for the deportation of Jews during the Holocaust, she has assumed the role of martyr.

"I don’t want France to be damaged, to be humiliated, that it be held responsible when it is not responsible. People can crucify me, I will not change my mind, I will always defend France," Le Pen said in a statement.