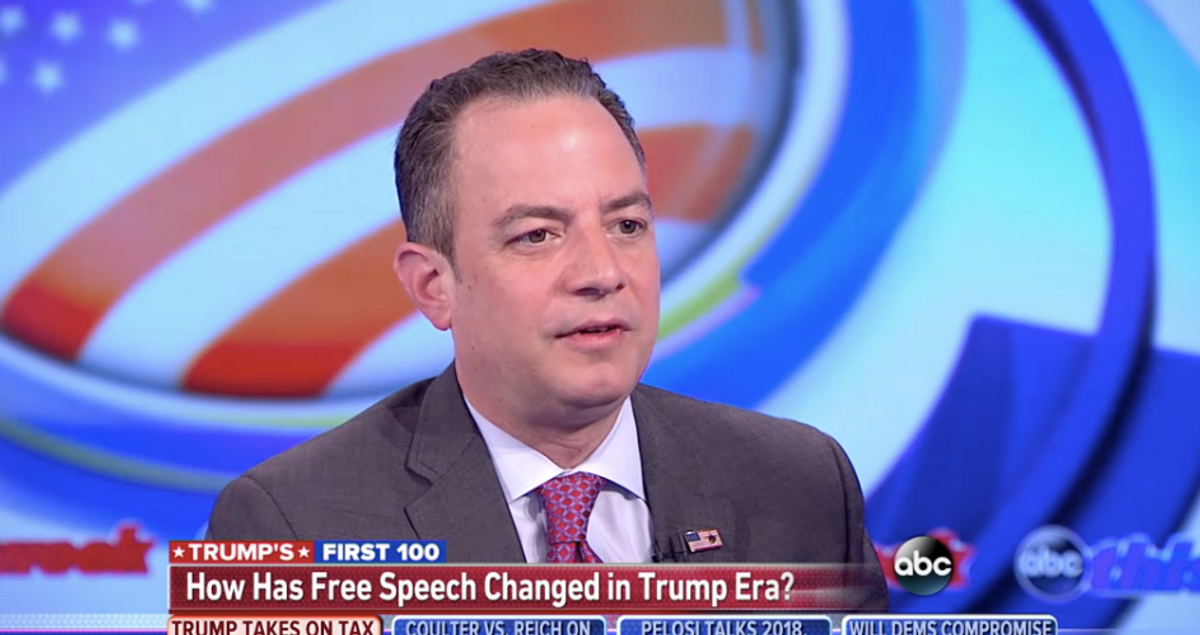 President Trump has made it clear that he's not a fan of the media and according to Reince Priebus, the president's chief of staff, it may lead to a change in libel laws. On Sunday during an interview on ABC's "This Week" Priebus said that the White House has "looked into" examining libel laws.

"I think it's something that we've looked at and how that gets executed or whether that goes anywhere is a different story," he said. He then added, "I think that newspapers and news agencies need to be more responsible with how they report the news."

Priebus expressed frustration over stories quoting intelligence official anonymously, and described the some of the reporting as completely false. Trump said during his campaign that he would open up libel laws, but the actual process is not that simple. Libel laws vary across states, and would likely require a constitutional amendment. Trump previously hinted at changing the laws in a tweet.

Libel laws are undoubtedly an important aspect of the first amendment. They help protect news organizations from being sued about information they publish on prominent public figures. On Saturday night Trump chose not to attend the White House Correspondents' Association Dinner, an annual event for reporters in Washington to celebrate freedom of speech with the president. Instead Trump spoke at a rally in Pennsylvania, where he touted that he couldn't be happier that he was far away from the occasion.

"And I could not possibly be more thrilled than to be more than 100 miles away from Washington's swamp, spending my evening with all of you and with a much, much larger crowd and much better people, right?" Trump said.

"A large group of Hollywood actors and Washington media are consoling each other in a hotel ballroom in our nation’s capital right now," Trump also said at the rally according to Reuters. "If the media's job is to be honest and to tell the truth, the media deserves a very, very big fat failing grade."