The chilling tech that brings "Minority Report" inches from reality 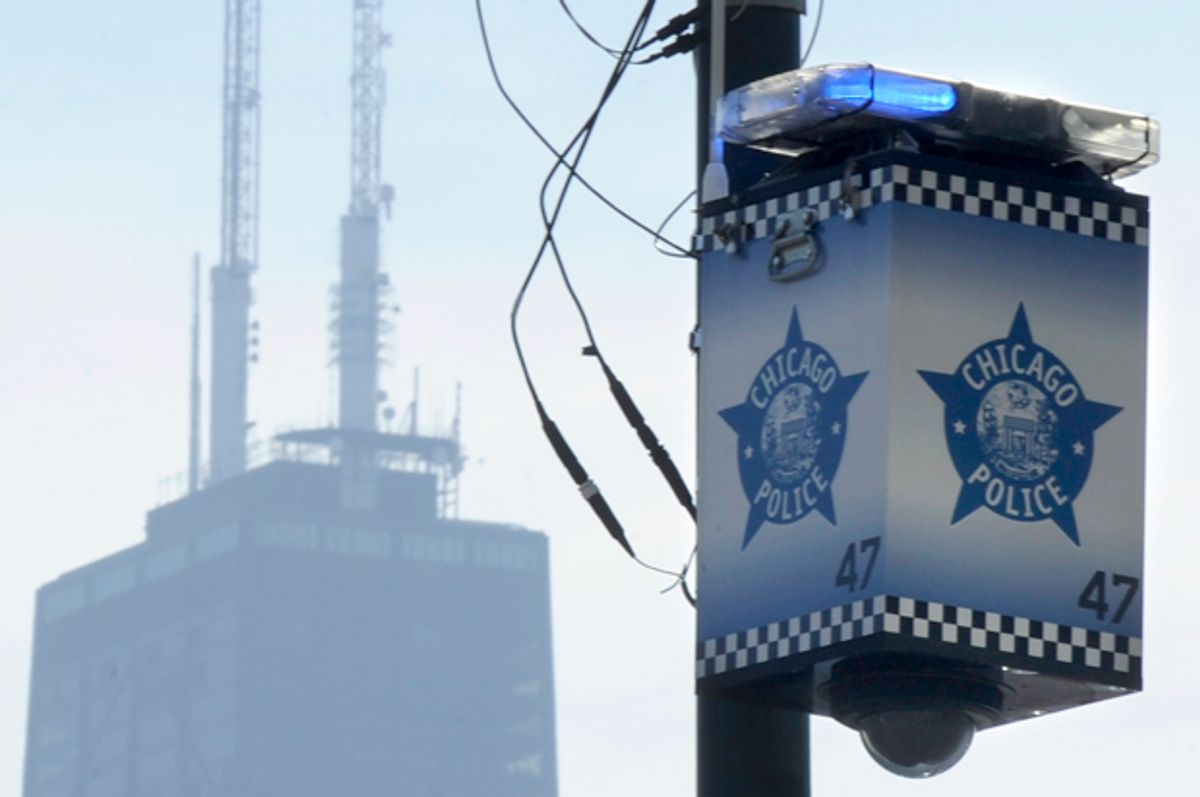 In Steven Spielberg’s 2002 "Minority Report," pasty-white mutants in internet-enabled hot tubs use their precognitive powers to sniff out future "pre-crimes" giving police the opportunity to arrest future culprits before they commit their illicit acts. It's thrilling, frightening science fiction, though the big-data revolution is now turning at least some of that narrative into law-enforcement fact.

As shown in "Pre-Crime"— a new documentary that premiered this past weekend at Toronto's Hot Docs film festival — police departments around the world are partnering with private companies to use public data, personal information and algorithms to predict where illegal actions are most likely to occur and, crucially, who is most likely to commit them. It's a story quite a bit more chilling than anything Tom Cruise has starred in if only because it's real.

The German directors of "Pre-Crime," Matthias Heeder and Monika Hielscher sat down with Salon to discuss their film and pull the curtain back on the predictive policing system that London authorities call — believe it or not — "the Matrix." This interview has been edited for clarity.

"Pre-crime" is a reference to a Hollywood movie called "Minority Report" in which people are arrested for crimes they have not committed yet. There’s a system in which it tells the police that someone is about to commit a crime.

Is this a term that people in the industry actually use?

No, they don’t like it. It comes from the media.

And how did you come to this subject?

My wife and I have been making films for 30 years. There was a small article in the newspaper about the Chicago "heat list" in 2013. We once had lists in Nazi Germany — lists with names. Those lists were made by humans. Now we have lists made by computers. Our reaction to the article was that the world of fiction is now reality. We started developing this idea and saw that the U.S. rollout is very hidden whereas in Germany we have these programs as well but it’s much more public and transparent. The way Chicago is handling its program is just not possible in Germany.

So what is happening?

There’s a list in Chicago with 1,500 people on it. They are under surveillance by the police who say, “We know you are in danger of committing a crime. There is a special algorithm that calculates the risk of you committing a crime."

When did that Chicago program begin?

You call it a “heat list.” Is that what the Chicago police call it?

They call it a “strategic subject list” but the media reaction, what there was of it, called it a "heat list."

Nobody knows. There is no public discussion. It was developed by Miles Wernick at the Illinois Institute of Information and Technology. No one knows how the data is compiled.

And that data comes from past crimes and associates of the individual?

Yes, the protagonist from our film, Robert McDaniel, had a friend who had been killed and he had been arrested with him before. And it was called a “gang murder.” So that is why Robert was on the list.

There are predictive police programs in Fresno, Philadelphia, Chicago, and in England, Kent and London, featured in the film. Are these all pilot programs?

Not any longer. Kent’s program is 4 years old. They have developed it with PredPol, which is a program that doesn’t use personal data. It’s all geographical data. The “heat list” is personal data. PredPol is leading the market in predictive policing programs and it’s based on nonpersonal data.

And then there’s HunchLab, which is used in Philadelphia.

They use a different algorithm, no personal or crime data. HunchLab works with open-source data. They are looking at a crime that is reported by people as well as the weather and whether there are bus stations or restaurants nearby. They then build a map with certain boxes of possibility in it. Their statistical results determine whether cops are sent into those boxed areas.

It's disturbing that the programs are so secret.

Yes, but not just that. We are generating lists from algorithms and there is no control about the quality of the data. In London they have what’s called "the Matrix" database for gang violence. But no one knows how the data is entering the system, how it is being made. For example, if a guy is smoking on the street and is arrested by a police officer, it’s suddenly in the Matrix. But for what? But now it’s there.

You show Chicago [in the film]. President Trump has talked about how he wants to go in and fix the crime situation there.

You know that he has no influence. Whatever he says doesn’t make a difference. But what matters is that these programs are in every big city, Boston, New York . . .

It started in Los Angeles with PredPol. In Fresno, the people said they didn’t want the program so it was ended but it’s coming back there again. These problems will not disappear because for the police it’s been so successful because of the data. They can say, “Look at what we’re doing!” But in reality, nothing is changing. Those people who are in danger of becoming criminals — there is no initiative to improve their situation. And Trump is just making cuts to programs that might help those people.

There are two protagonists in the film, McDaniel and Smurfz. They’re so compelling, almost out of central casting with their tough yet articulate dialogue. Smurfz seems like an actor.

That’s really him. They are completely un-staged. No scripts, I swear.

And how do these guys who are accused of pre-crime feel?