Pepe the Frog, mascot of the alt-right, dead at 12

In a move against the racist trolls who use his cartoon, Pepe’s creator has murdered the controversial amphibian 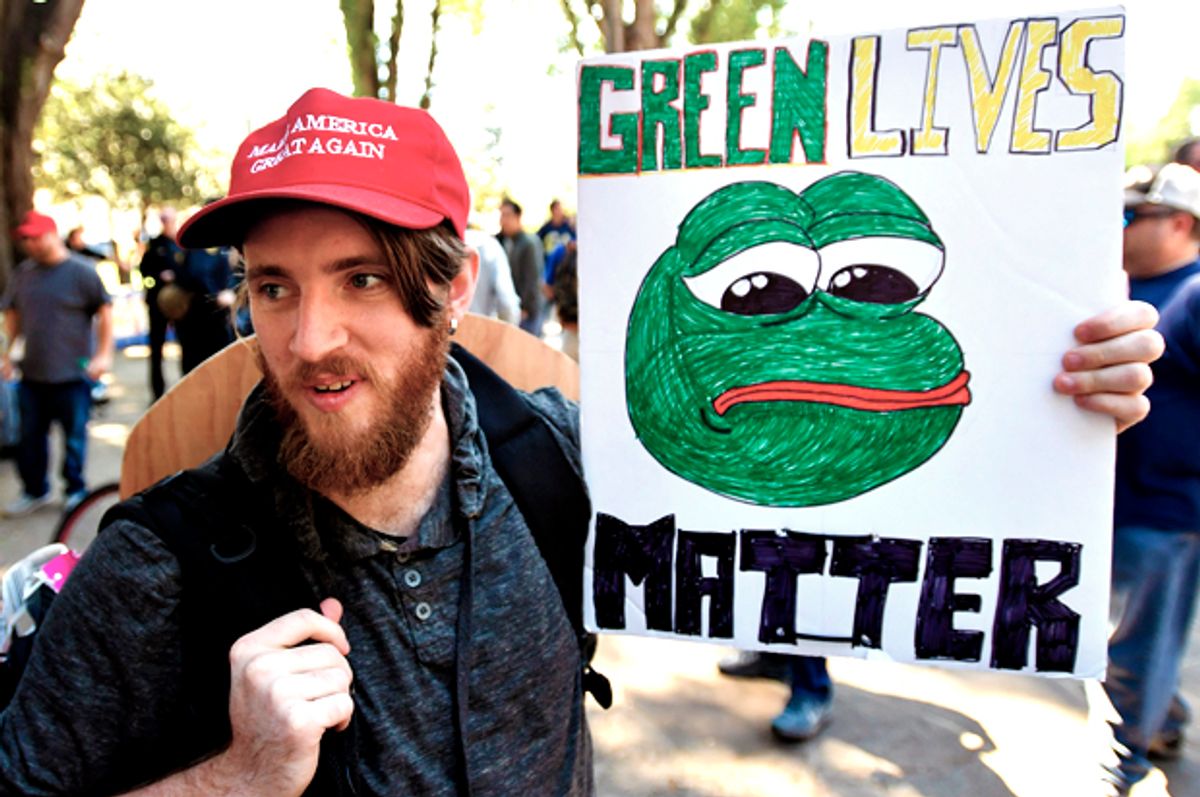 Pepe the Frog, the cartoon anthropomorphic amphibian adopted by members of the alt-right for use in hundreds of racist and pro-Trump memes, died at the age of 12 on Saturday. Pepe’s creator, indie comic-book artist Matt Furie, killed the character in a cartoon published on Free Comic Books Day of "World’s Greatest Comics."

Born in 2005 in Furie’s web-published comic book, "Boy’s Club," Pepe spent his early years as a wholly apolitical, if perhaps crude and cantankerous, creature often seen on Myspace. In 2008 Pepe began to appear in a series of memes produced across a number of platforms, with many reflecting the character’s original spirit.

Early in the run-up to the 2016 elections, however, the burgeoning troll culture of the darker corners of message-board site 4chan adopted the grinning frog, spinning his once-harmless visage into material for its often racist, often misogynist, often hateful memes. In time, he became a popular mascot of the younger, nastier side of then-candidate Donald Trump’s wide-ranging group of supporters.

Furie, a self-identified progressive did his best to fight this rising trend, but to little avail. In 2016 the Anti-Defamation League classified the frog as a hate symbol and elements of the Pepe meme have been used by members of the Trump-controlled executive branch.

In response to his creation’s now extensive involvement in the alt-right, Furie staged a wake for his character. A cause of death is not known at this time. Pepe is survived by an army of hateful, web-based dude bros, who will no doubt continue to employ his appearance in memes to come.