Dave Chappelle admits he "f**ked up" with Trump peace offering

The comedian admits that he made a mistake with "SNL" comments 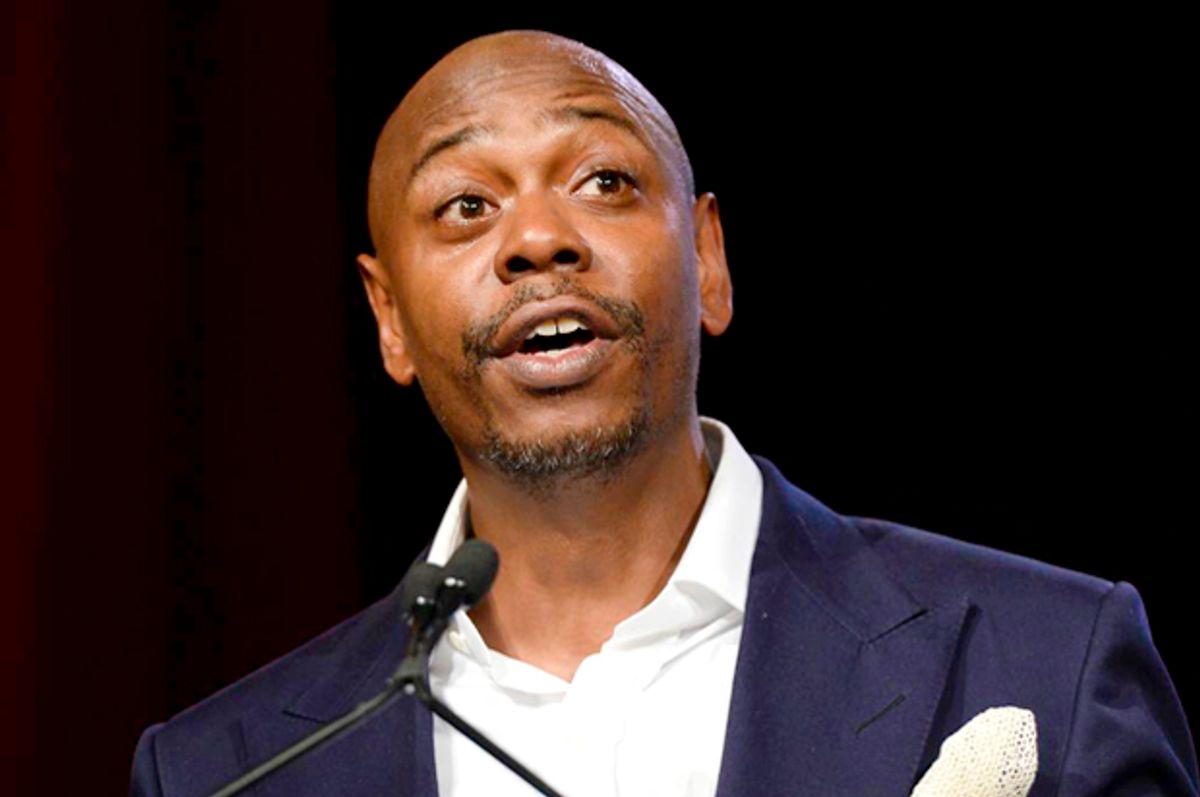 When Dave Chappelle hosted "Saturday Night Live" last November, the comedian offered qualified support for then President-elect Donald Trump. Now, he's apologizing for mistakes he claims he made in his monologue.

Less than a week after Donald Trump won the presidency, Chappelle used his opening monologue to say he was going to give the real-estate mogul a chance and suggested that the country should as well.

Chappelle briefly explained how — in the past — black Americans had rarely been given an opportunity to visit to the president's residence. He then shared a personal story about his second visit to the White House that had occurred just a few weeks prior to the "SNL" taping, noting that it wasa powerful moment for him.

"In that spirit," he said. "I'm wishing Donald Trump luck, and I'm gonna give him a chance. And we — the historically disenfranchised — demand that he give us one too."

Last night, Chappelle addressed this moment during his set at an event for the Robin Hood foundation in New York, a charity dedicated to fighting poverty in that city and elsewhere.

According to a tweet posted by attendee Willie Geist, Chappelle, "I was the first guy on TV to say 'Give Trump a chance.' I fucked up. Sorry."

In the latest turn of chaotic events for the White House, it was reported on Monday night that President Trump had shared highly classified information during his meetings last week with Russian Foreign Minister Sergei Lavrov and Ambassador Sergey Kislyak.