The techie is the new hipster — but what is tech culture even?

The archetype of the "techie" has become commonplace in the past decade in art and in real life. But what is it? 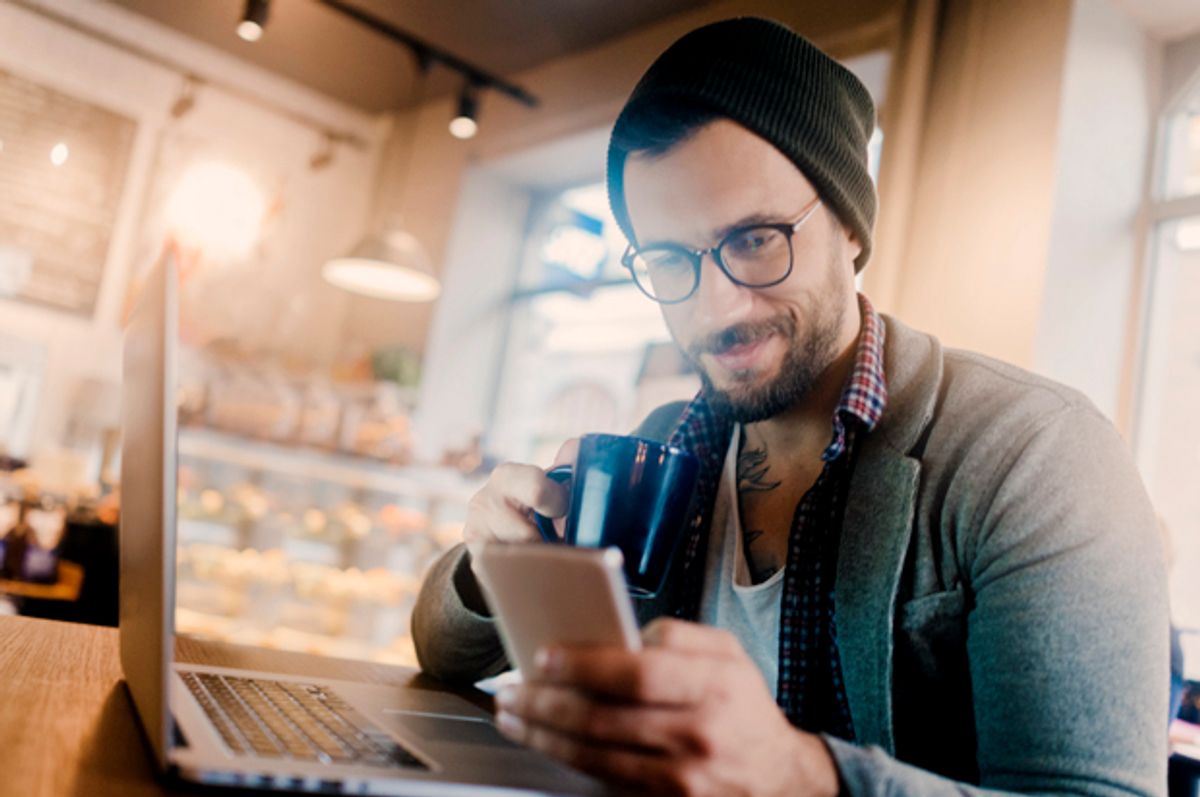 If you live in any major city in the world, you probably know the type: they roam the clean parts of town, lattes in hand, wearing American Apparel hoodies emblazoned with logos of vowel-deficient startups. Somehow, in the past decade, a profession turned into a lifestyle and a culture, with its own customs, habits and even lingo. In film, television and literature, the techie archetype is mocked, recycled, reduced to a stereotype (as in Mike Judge’s sitcom “Silicon Valley”), a radical hero (as in “Mr. Robot”), or both (as in “The Circle”).

If, as many claim, the hipster died at the end of the 2000s, the techie seems to have taken its place in the 2010s — not quite an offshoot, but rather a mutation. Consider the similarities: Like hipsters, techies are privy to esoteric knowledge, though of obscure code rather than obscure bands. They both seem to love kale. They tend to rove in packs, are associated with gentrification, and are overwhelmingly male. There are some fashion similarities: the tight jeans, the hoodie fetish, the predilection for modernist Scandinavian furniture. And like “hipster,” the term “techie” is often considered a slur, a pejorative that you lob at someone you want to depict as out of touch, rarefied and elite — not a fellow prole, in other words.

Yet there are differences, too: The techie often brings with him or her a certain worldview and language that attempts to describe the world in computational terms; the transformation of the word “hack” into an everyday verb attests to this. Some techies view their own bodies as merely machines that require food the way computers need electricity, a belief system exemplified by the popularity of powdered foods like Soylent. This happens in exercise, too — the rush to gamify health and wellness by tracking steps, calories and heartbeats turns the body into a spreadsheet.

How does a profession mutate into a culture? David Golumbia, an associate professor of digital studies at Virginia Commonwealth University and author of “The Cultural Logic of Computation,” suggests that some of the cultural beliefs common to those in the tech industry about the utopian promise of computers trickle down into what we may think of as tech culture at large. Golumbia describes the basic idea, “computationalism,” as "the philosophical idea that the brain is a computer" as well as "a broader worldview according to which people or society are seen as computers, or that we might be living inside of a simulation."

“You frequently find people who avoid formal education for some reason or another and then educate themselves through reading a variety of online resources that talk about this, and they subscribe to it as quasi-religious truth, that everything is a computer,” Golumbia said. “It’s appealing to people who find the messiness of the social and human world unappealing and difficult to manage. There’s frustration . . . expressed when parts of the world don’t appear to be computational, by which I mean, when their actions can't be represented by algorithms that can be clearly defined.”

Mapping the social world onto the algorithmic world seems to be where tech culture goes astray. “This is part of my deep worry about it — we are heading in a direction where people who really identify with the computer are those who have a lot of trouble dealing with other people directly. People who find the social world difficult to manage often see the computer as the solution to their problems,” Golumbia said.

But tech culture isn't confined to screen time anymore. It's become part of everyday life, argues Jan English-Lueck, a professor of anthropology of San Jose State University and a distinguished fellow at the Institute for the Future. English-Lueck wrote an ethnographic account of Silicon Valley culture, “Cultures@SiliconValley,” and studies the people and culture of the region.

“We start to see our civic life in a very technical way. My favorite example of that is people going to a picnic and looking at some food and asking if that’s ‘open source’ [available to all]. So people use those technological metaphors to think about everyday things in life,” she said.

English-Lueck says the rapid pace of the tech field trickles down into tech culture, too. “People are fascinated with speed and efficiency, they’re enthusiastic and optimistic about what technology can accomplish.”

Golumbia saw the aspects of tech culture firsthand: Prior to being a professor, he worked in information technology for a software company on Wall Street. His convictions about computationalism were borne out in his colleagues. “What I saw was that there were at least two kinds of employees — there was a programmer type, who was very rigid but able to do the tasks that you put in front of them, and there were the managerial types who were much more flexible in their thinking."

“My intuition in talking to [the] programmer types [was that] they had this very black-and-white mindset, that everything was or should be a computer," he said. "And the managers, who tended to have taken at least a few liberal arts classes in college, and were interested in history of thought, understood you can’t manage people the way you manage machines.”

Yet the former worldview — that everything is a computer — seems to have won out. “When I started, I thought it was this minor small subgroup of society” that believed that, he told Salon. “But nowadays I think many executives in Silicon Valley have some version of this belief.”

For evidence that the metaphor of the human body as a computer has gone mainstream, look no further than our gadgetry. Devices like the Fitbit and the Apple Watch monitor a the wearer’s movement and activity constantly, producing data that they can obsess over or study. “There is a small group of people who become obsessed with quantification,” Golumbia told Salon. “Not just about exercise, but like, about intimate details of their life — how much time spent with one’s kids, how many orgasms you have — most people aren’t like that; they do counting for a while [and] then they get tired of counting. The counting part seems oppressive.”

But this counting obsession, a trickle-down ideology from tech culture, is no longer optional: In many gadgets, it is now imposed from above. My iPhone counts my steps whether I like it or not. And other industries and agencies love the idea that we should willingly be tracked and monitored constantly, including the NSA and social media companies who profit off knowing the intimate details of our lives and selling ads to us based on it. “Insurers are trying to get us to do this all the time as part of wellness programs,” Golumbia said. “It’s a booming top-down control thing that’s being sold to us as the opposite.”

Golumbia marvels at a recent ad for the Apple Watch that features the Beyoncé song “Freedom” blaring in the background. “How did we get to this world where freedom means having a device on your that measures what you do at all times?”